If you’re a regular reader of the blog, you’re probably already familiar with the people at Real Old Paper Gallery. It’s now the only brick-and-mortar vintage poster gallery in Northern California–and we’re fortunate to have it right here in San Francisco. I’ve been writing about owner Andy England ever since he opened his first location on Columbus Avenue in North Beach back in 2016. And when Andy decided to move to Fisherman’s Wharf in March of last year, I began (after much prompting) to manage his store. 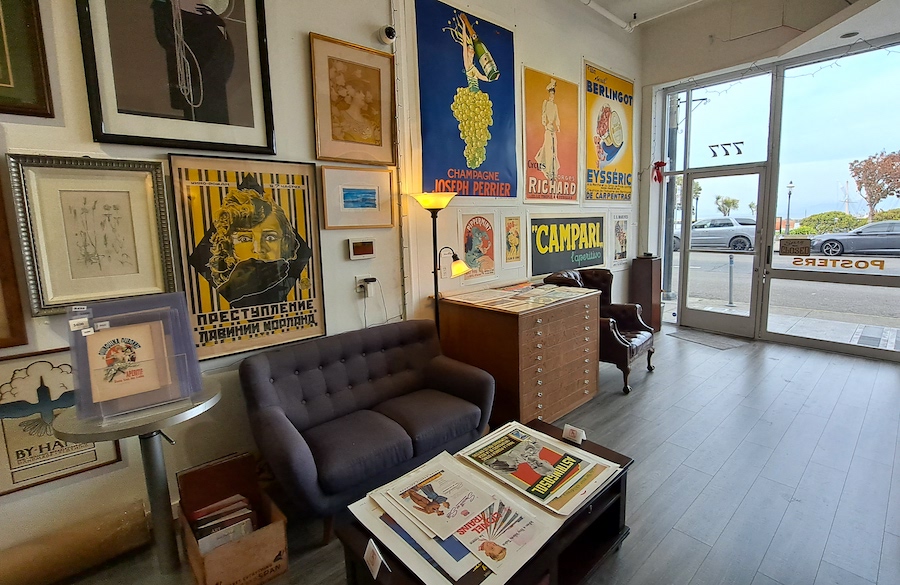 Real Old Paper Gallery is a treasury of rare vintage posters, many over a century old. | Photo: Joe Bonadio

With its vast collection of vintage posters, many well over a century old, Real Old Paper has become a magnet for art lovers and history buffs alike. Andy never stops searching, and he has acquired some truly rare and gorgeous pieces since I came on board. Over the past year, he has unearthed beautiful pieces from Cheret, Villemot and a host of other legendary poster giants.

That being said, his most recent acquisition is no less than momentous. 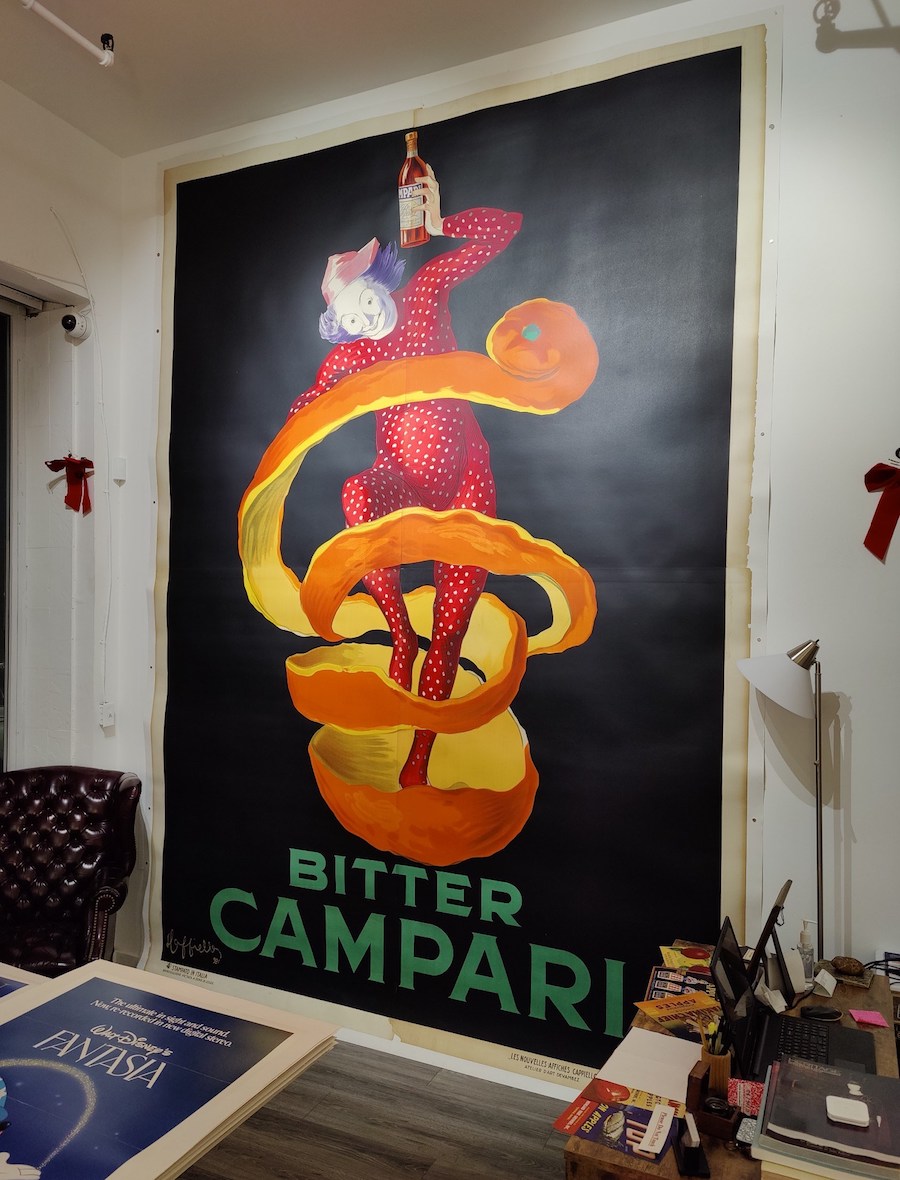 This massive Cappiello poster for Bitter Campari is larger than any previously known to exist. | Photo: Andy England

In the vintage poster world, this is roughly the equivalent of an archaeologist digging up a dinosaur. Click to Tweet

A rare printing of Leonetto Cappiello’s iconic 1921 lithograph for Bitter Campari, this enormous poster was as much of a surprise to Andy as anything he’s ever come across. That’s because the piece (one of the most famous in the history of poster art) has never been seen before in this size.

Measuring an impressive 153″ x 109″, this Leonetto Cappiello masterpiece is nearly twice the size of what was previously the largest known printing. Keep in mind, Cappiello’s works have been painstakingly documented in multiple books about the artist, who is widely considered the father of modern poster art. And this oversize printing is not listed in any of them. 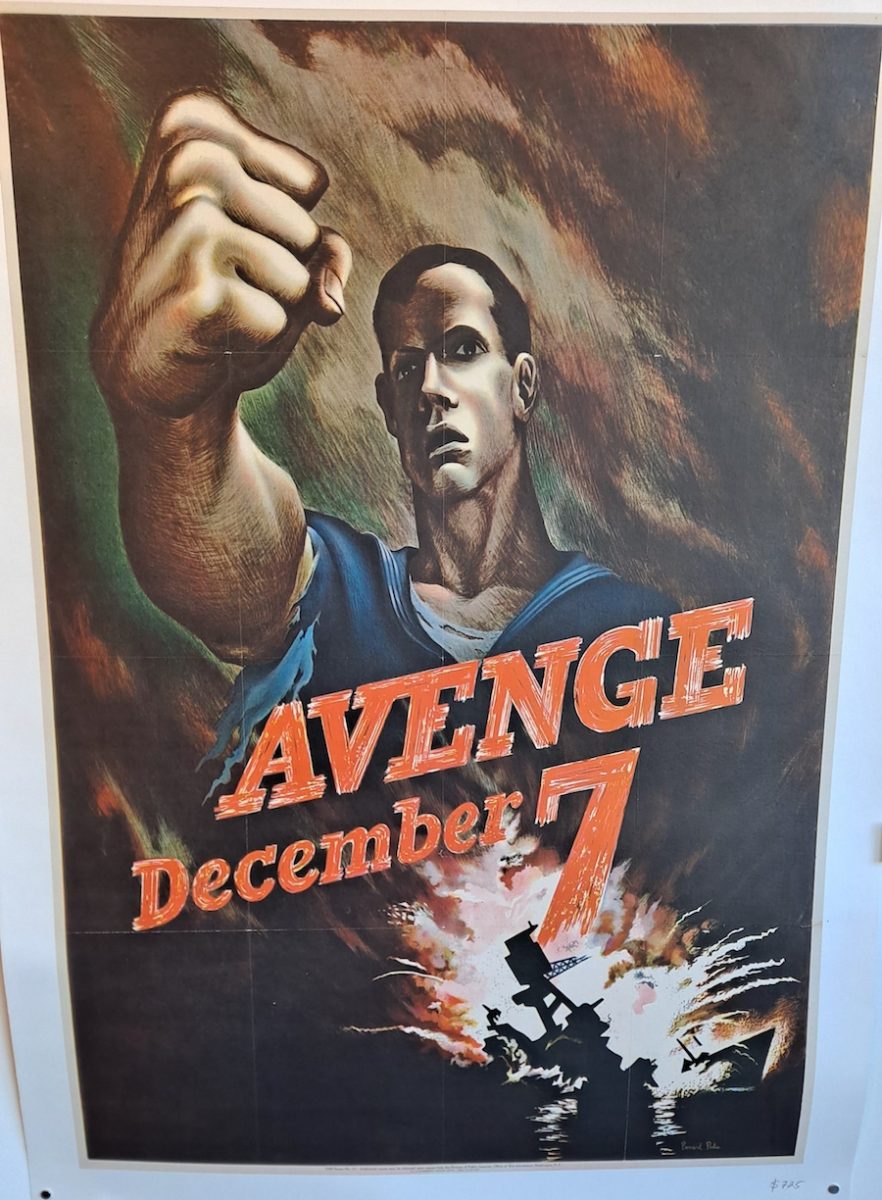 Real Old Paper has an impressive selection of war propaganda posters, like this one from WWII. | Photo: Joe Bonadio

In fact, when Andy sent a photo of the piece to the largest poster-dedicated auction house in the world, their reply was unequivocal: “We have never had this huge format in any of our auctions.” Andy had found something they apparently didn’t even know existed.

In the vintage poster world, this is roughly the equivalent of an archaeologist digging up a dinosaur. To say this isn’t something that happens very often is an understatement: it’s something that almost never happens.

And so, after spending a small fortune to send it to the best conservators in the country for mounting on acid-free linen (the industry standard for preservation of such a piece), Real Old Paper Gallery now has this magnificent Cappiello poster on display. You can see it in the photo above, but photographs just don’t do this poster justice: it really needs to be seen to be appreciated. 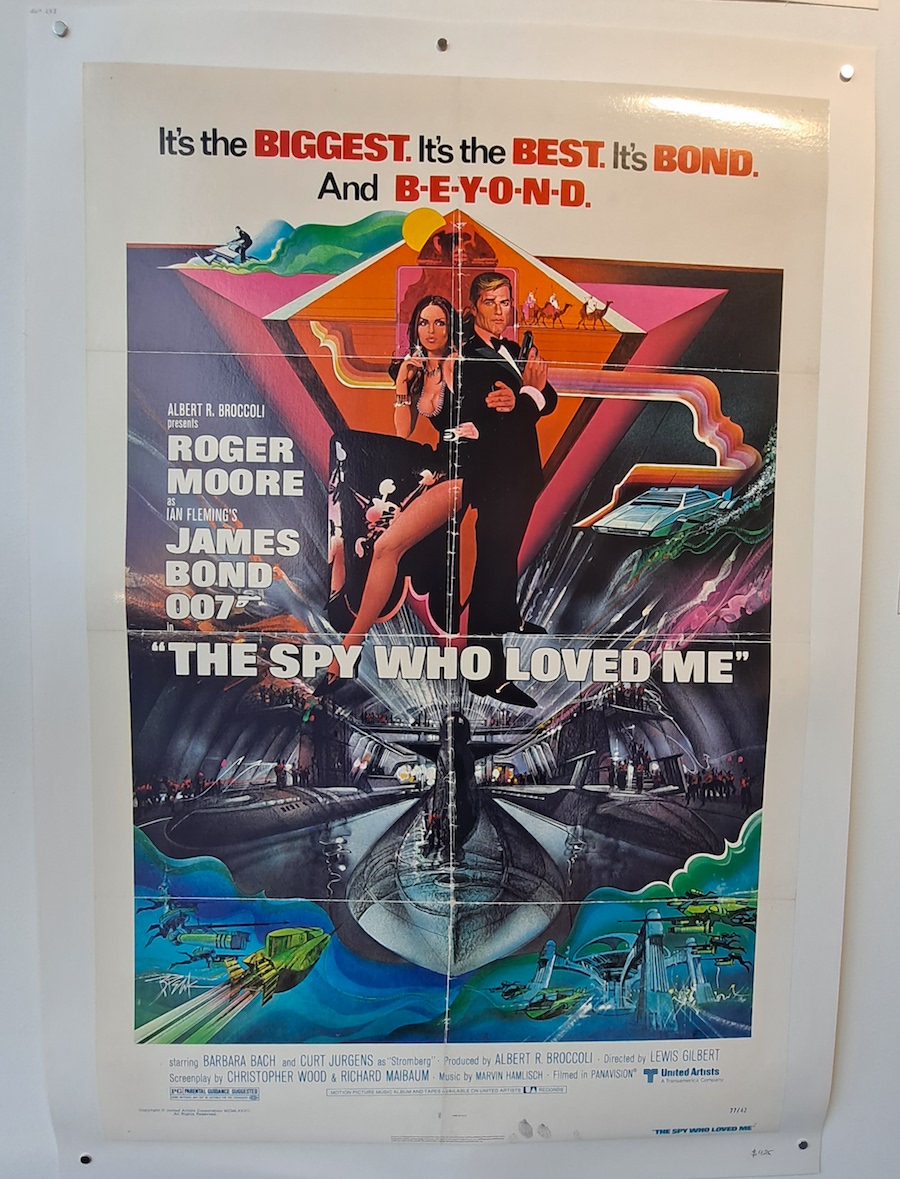 Real Old Paper Gallery has something for everyone, including an extensive collection of vintage movie posters. | Photo: Joe Bonadio

Happily, Real Old Paper is open seven days a week, so (for the time being) you’ve got the opportunity to check it out for yourself. It’s chock full of new pieces, running the gamut from travel posters (including classic pieces from TWA and Pan Am) to liquor, tobacco, war propaganda and more.

For you movie buffs, Andy also has a table stacked high with old movie posters. Everybody likes movies, so these make particularly good gifts, and there are more of them in the gallery than ever before. And while most of the posters in the gallery run from a few hundred to a few thousand, Real Old Paper carries cool items for as little as $20–so there’s truly something for everyone.

Happy holidays, San Francisco–and come down to see us soon!