This time on the blog, I’m going to kick things off with a startling confession. Here it is: I really like Fisherman’s Wharf. I know that’s something you don’t hear locals say very often, but it’s the truth. It has been over a year since I began working at Real Old Paper Gallery, my friend Andrew England’s vintage poster shop. And slowly but surely, I’ve come to appreciate the neighborhood.

With its legendary postcard views of Alcatraz and the Golden Gate Bridge, the Wharf has got undeniable bonafides. Heck, I even like the tourists. After all, tourists buy posters, something we like at the gallery. And to paraphrase the ex-president, some of them are good people.

In all seriousness, running the gallery is generally a ball, and things have really been heating up of late. I don’t think anyone can find posters like Andy, and he’s been outdoing himself, ferreting out some truly rare gems. The gallery walls are bright with colorful new pieces–which brings me to the purpose of this article. You guessed it: the time has come again for Joe’s quarterly picks at Real Old Paper.

Maurin Quina
1906
61.5″ x 45.5″
$3,400
Condition: Very Fine
A beautiful and iconic piece by Leonetto Cappiello, this advert for Maurin Quina liqueur is one of the finest in the artist’s oeuvre. A  master illustrator, Cappiello was known for his use of fairies, gnomes and devils of various kinds to animate his projects, and the “Green Devil” in this piece is one of his most memorable creations. Cappiello’s use of sharp color against a matte black backdrop deftly foregrounds the devil, who seems to float an inch above the canvas. 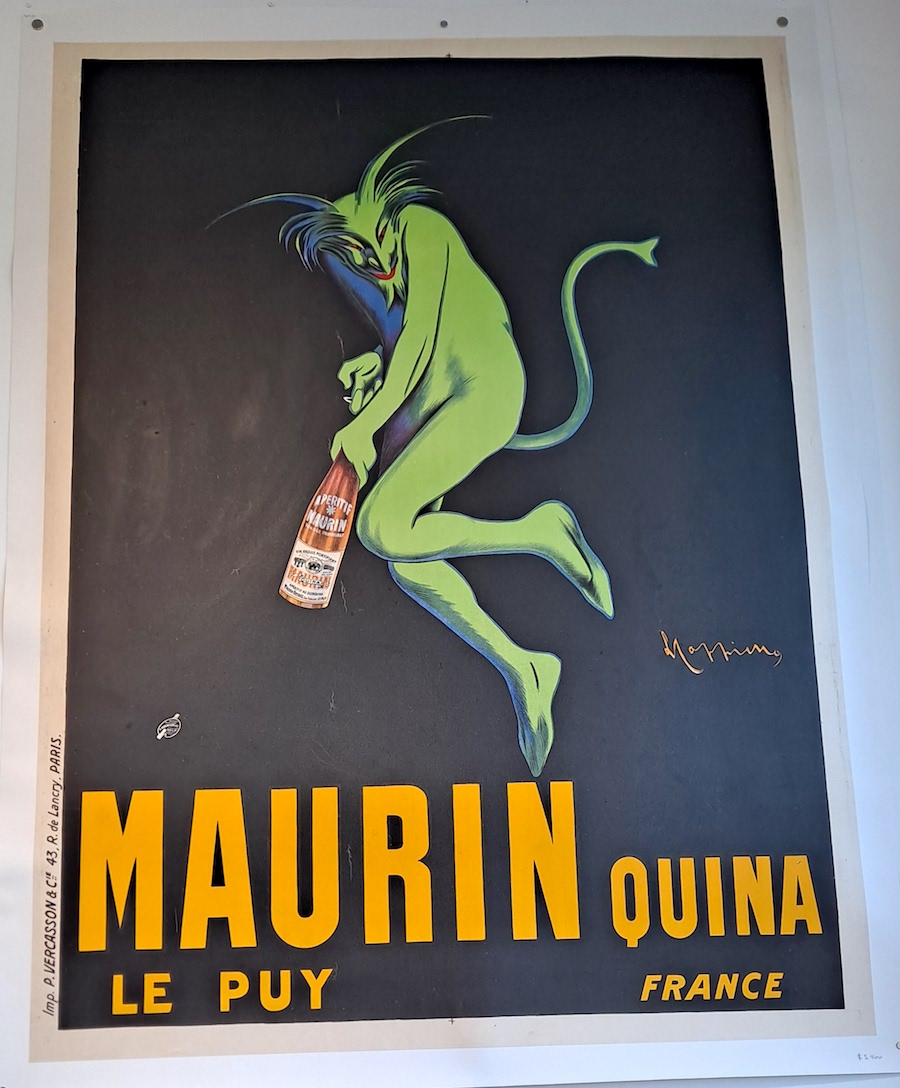 One of Cappiello’s most striking designs, this poster for Maurin Quina is 116 years old. | Photo: Joe Bonadio

Star Wars (Style D)
1977
41″ x 27.25″
$1,700
Condition: Very Fine
The fourth poster design for the legendary sci-fi classic, this piece was created for the 1978 summer re-release. It’s designed as a poster inside of a poster, apparently because the artist initially forgot to leave room for the credits at the bottom. Reportedly one of George Lucas’ favorite Star Wars posters, the original artwork is said to hang in the producer’s home to this day. It’s also the only poster to include an image of Chewbacca, who appears to have been added to the lower right corner almost as an afterthought. 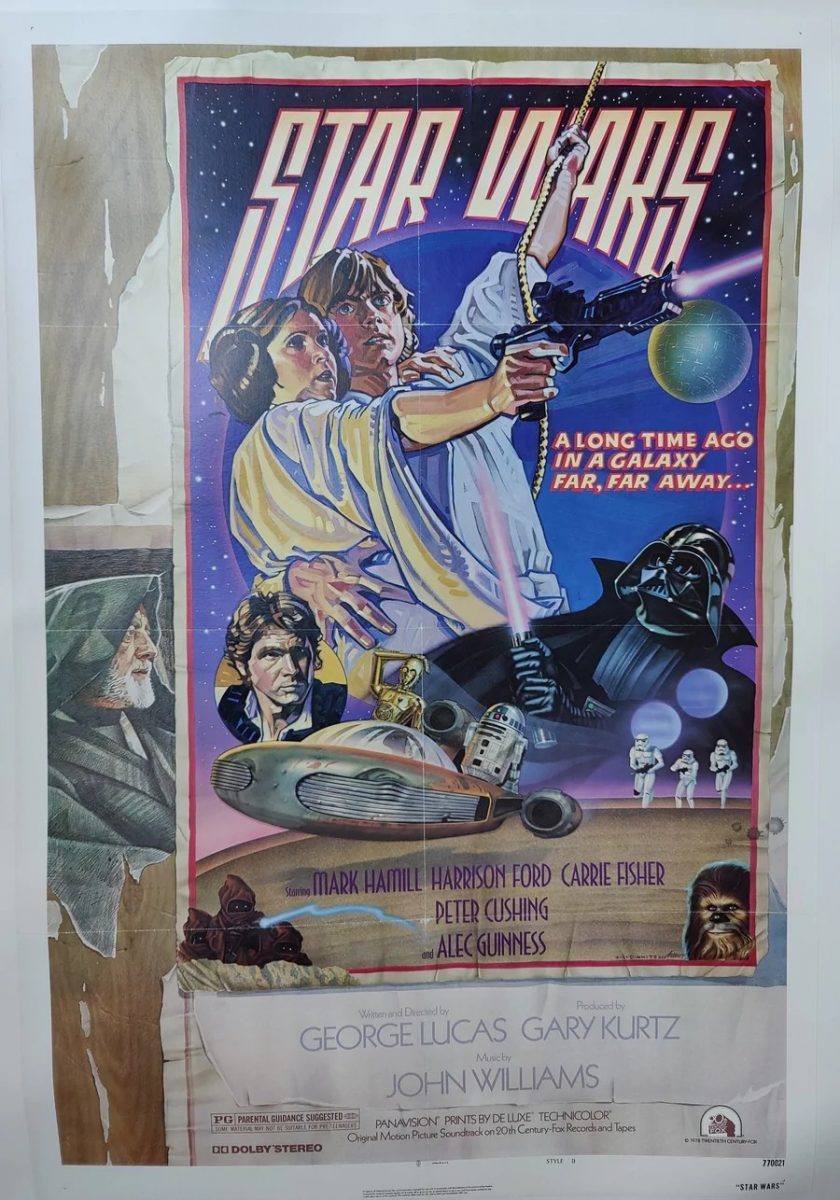 Il Globo
1939
55″ x 39″
$1,600
Condition: Very Fine
This mid-century Italian poster advertises Il Globo, a metal polish that apparently makes brass shine so brightly that you’ll need sunglasses. With her little red dress and polka-dotted scarf, the delighted model could not possibly look more Italian, and at first glance one might mistake this fun and colorful piece for a fashion ad. 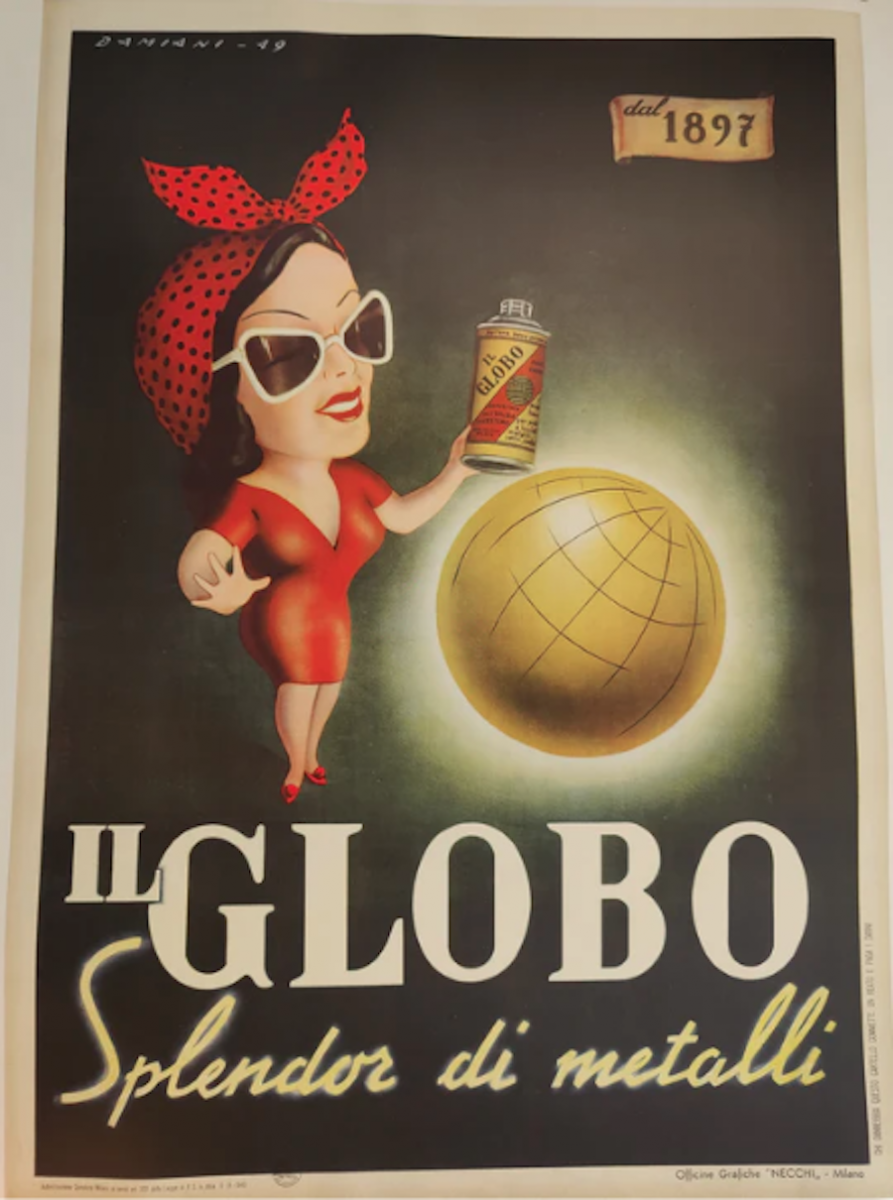 This poster for Il Globo, a leading brand of metal polish, dates from 1949. | Photo: Joe Bonadio

Docks of San Francisco
1932
41″ x 27″
$1,000
Condition: Fine
This poster for George B. Seitz’s Docks of San Francisco, a pre-code Hollywood crime story, just turned ninety years old. Focusing on a waterfront waitress who becomes a gangster’s moll and the novelist who tries to rescue her, the film was once thought to be lost, but can be found today on YouTube. Dramatic and vividly colorful, the poster is a rare and well-preserved piece of San Francisco cinematic history. 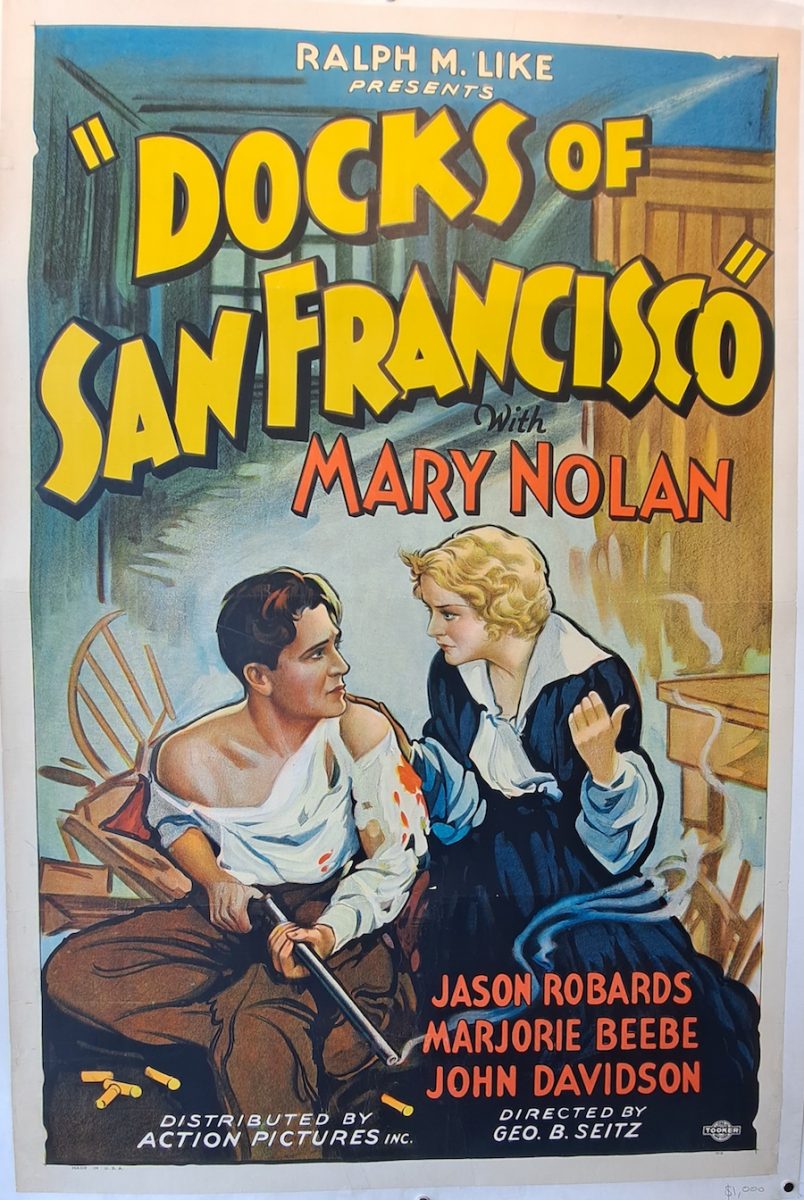 This poster for the film ‘Docks of San Francisco’ features Mary Nolan, who began her career as a Ziegfeld girl. | Photo: Joe Bonadio

Saxoleine
1891
49″ x 34 1/8″
$2,400
Condition: Fine+
This turn-of-the-century stone lithograph poster advertises Saxoleine, a popular brand of paraffin lamp oil (the main source of light in 19th century homes). Created by Jules Chéret, now regarded as the father of modern poster art, it depicts a young well-dressed woman basking in the radiance of her lamp. It was a subject the artist returned to many times: during the nine years he was under contract with Saxoleine, Chéret produced 18 different advertisements for the company. 131 years old, the piece is a stunning example of the Art Nouveau style that the artist pioneered. 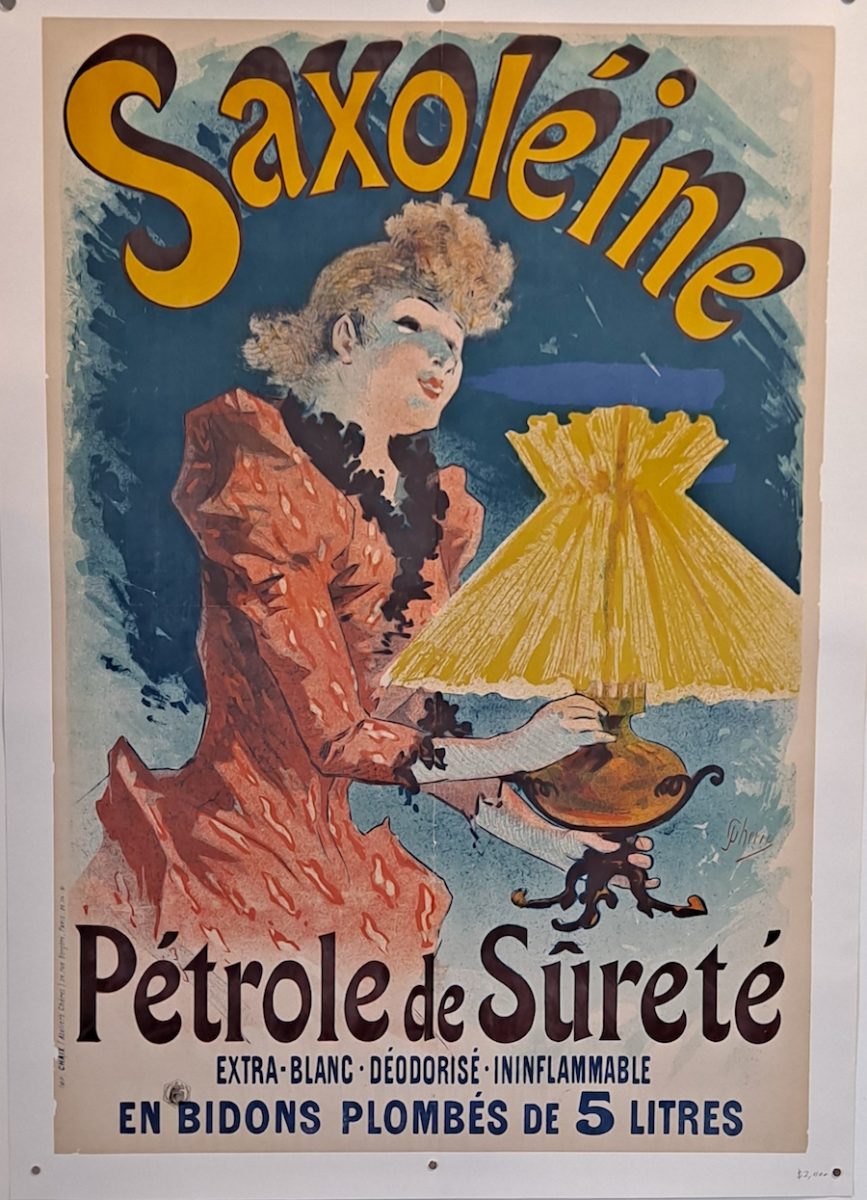 An ad for lamp oil, this 131-year-old piece was created by Jules Chéret, the master of Belle Epoque poster art. | Photo: Joe Bonadio