When Eduardo Bonilla opened La Fusión in San Francisco ten years ago, he was coming off a fifteen year stint at Zuni Café, Judy Rodgers’ venerated Market Street eatery. It would be his first restaurant, and here the chef would finally get the chance to cook the food he grew up eating, South American cuisine––but with a twist. As the name implied, La Fusión’s food was anything but standard, incorporating Mediterranean and California flavors into classics like ceviche, empanadas and lomo saltado. Nuevo Latino, Bonilla called it 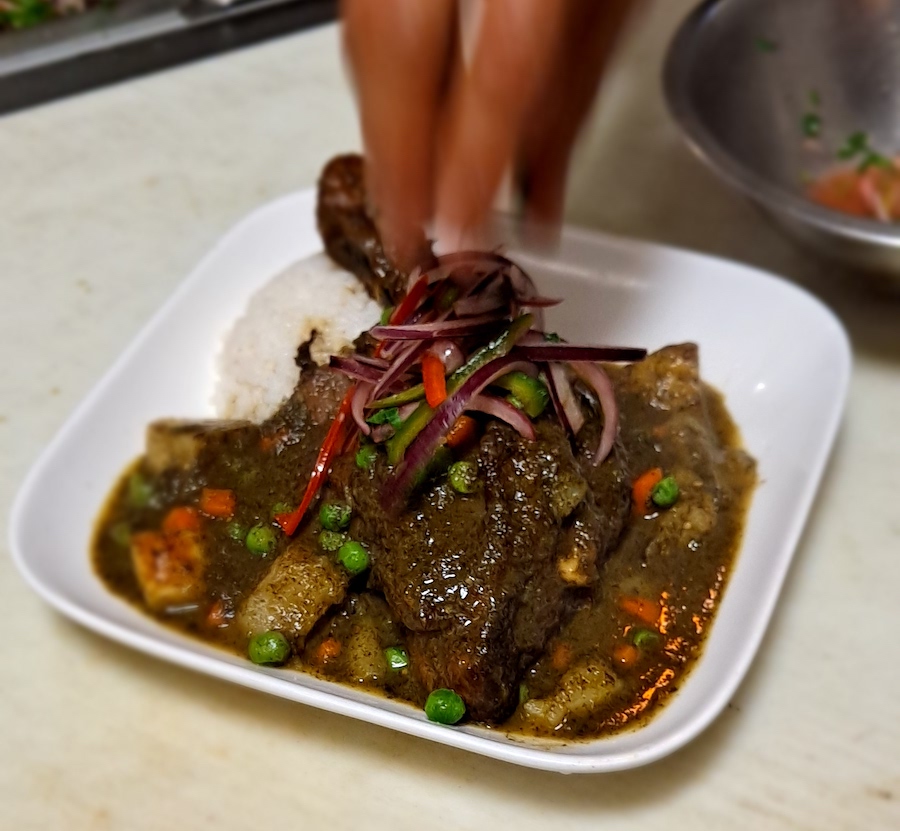 It didn’t take long for the Financial District to embrace the new arrival, and soon the Pine Street spot had a line snaking out the door. Bonilla had a hit on his hands, and the little restaurant’s reputation quickly grew.
.
Ten years and over 1,000 reviews later, Bonilla is still making magic at La Fusión five days a week, and he hasn’t lost a step. And since the pandemic and resulting slowdown began, the chef has been running a one-man kitchen to make the numbers work. And I do mean one man: from mis en place to dessert, Bonilla cooks every single thing that comes out of the kitchen. When you consider that La Fusión is a forty-seat restaurant, that is no small feat.
. 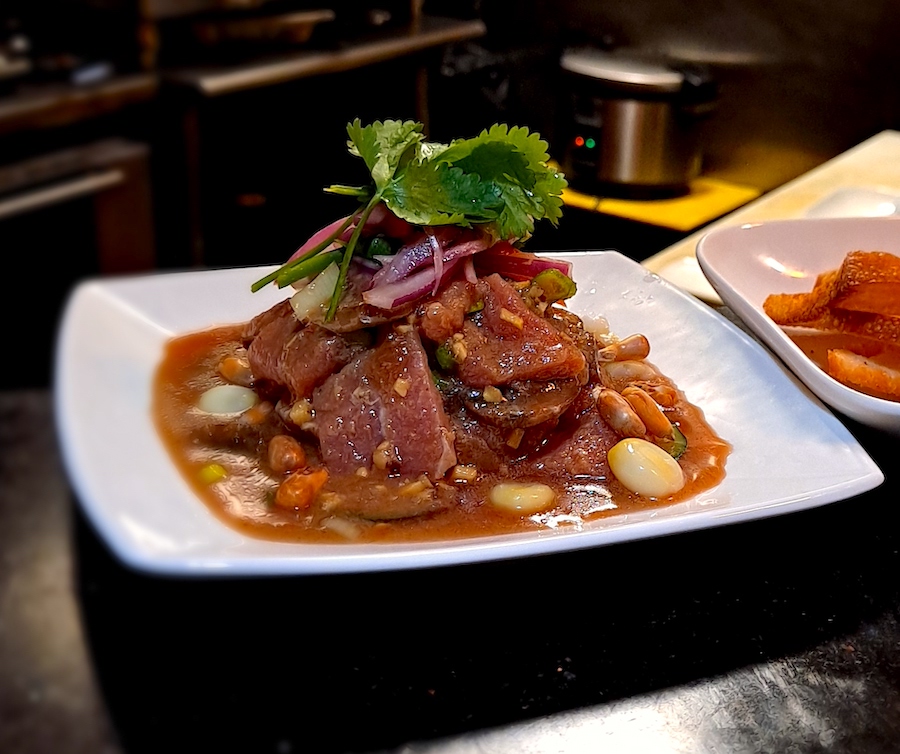 The ceviche de atun at La Fusión is one of my favorite seafood dishes anywhere. | Photo: Joe Bonadio

The net result is one of the most intimate and authentic dining experiences you can find in the city these days. Bonilla works his modest open kitchen like an orchestra conductor––and still somehow finds the time to visit each table to introduce himself. He’s not just a great chef, he’s a hell of a nice guy.
. 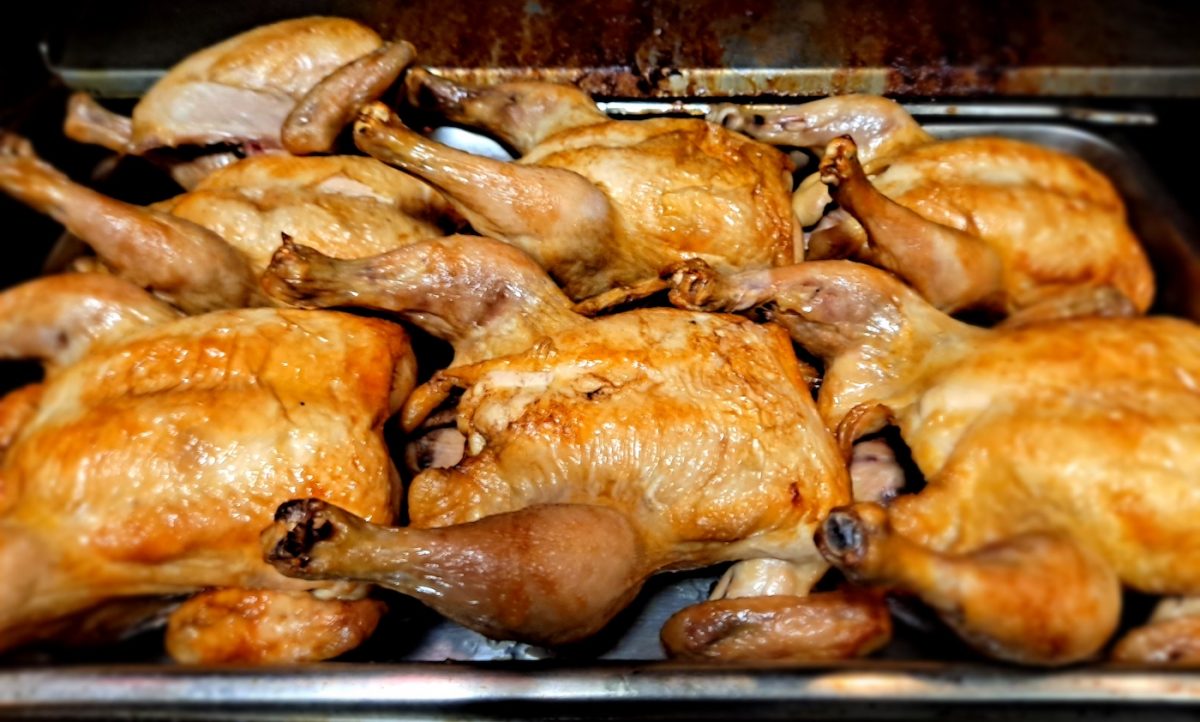 I’ve been eating at La Fusión for the better part of a year now. I’ve had the chance to work my way through the menu, and I can honestly say there’s not a weak spot anywhere to be found, though I’ve definitely got my favorites.
One of those is the ceviche de atun, a clever combination of ahi tuna, mushrooms, soy, sesame oil, pickled red onions and corn. Probably the best version of this dish I’ve had, it also contains something called leche de tigre (tiger’s milk), a citrus marinade with lime juice, cloves, ginger and cilantro. Trust me, this dish is absolutely not to be missed. 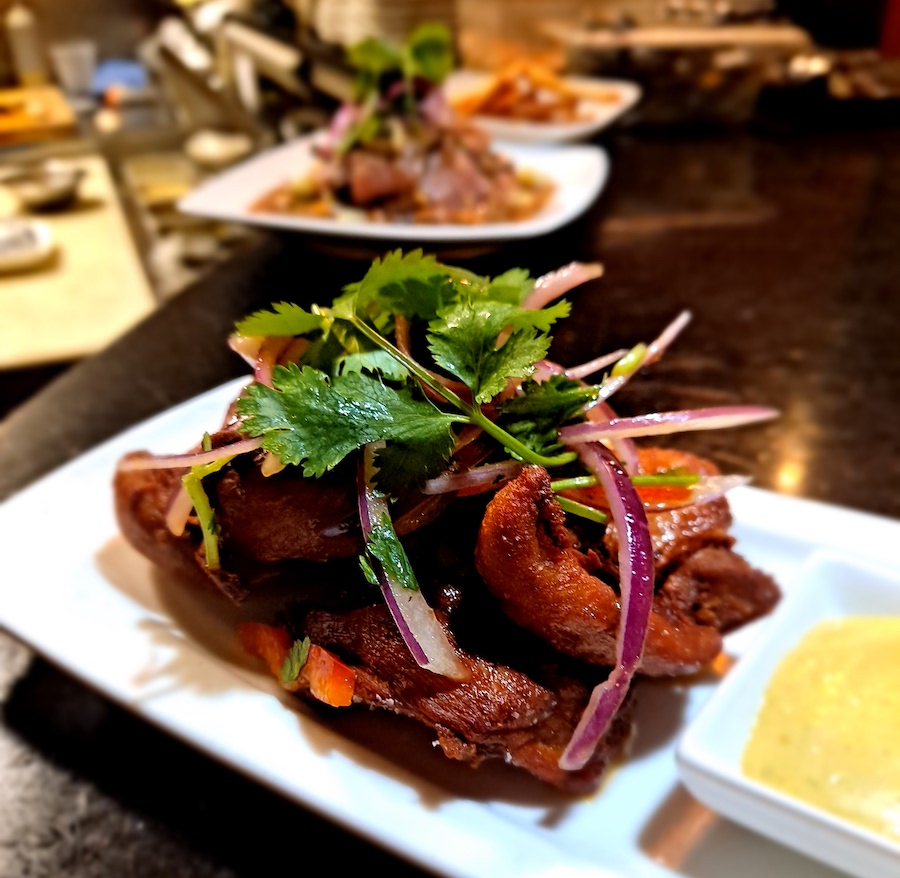 Likewise the lomo saltado, a traditional Peruvian preparation of tender beef tenderloin with tomatoes, onions and french fries. Served as a mélange over a bed of jasmine rice, it’s one of the most popular dishes among regular diners––and it’s not hard to see why.

I’ve loved empanadas since I was a tiny kid growing up outside of Miami, and La Fusión’s are another must-try. Whether you choose the beef, seafood or veggie iteration, they are served with two styles of aioli, huacatay and piquillo pepper, and as good as you’ll find anywhere. And just in case you have room for dessert, Bonilla’s banana dulce de leche version, served à la mode, is pure indulgence.
.
La Fusión is open for lunch and dinner Monday through Friday, and has a full selection of beer, wine and bottomless sangria.  Click here to check out their latest Yelp reviews.
La Fusión
475 Pine Street
San Francisco, CA 94104
(415) 781-0894
lafusion-sf.com