As one of America’s premier food cities, San Francisco is known across the world for being loaded with great restaurants. And while the pandemic took a heavy toll on the industry, the number of new openings we’ve seen this year suggest that’s unlikely to change anytime soon. Even the hungriest diner can’t possibly get to all the great spots here, so most SF foodies have a wish list as long as their forearm.

I’m no exception to the rule, and despite my gluttonous intentions, there are still places that escape my notice. Chef Eduardo Bonilla’s La Fusión falls squarely into this category. Occupying an unassuming space at the mouth of Belden Alley in the Financial District, this sleeper of a Latin restaurant is less than a dozen blocks from my apartment. I’ve passed the doorway more times than I can count, but until recently I never crossed the threshold.

Thankfully, my friend Zach at The Occidental next door was good enough to recommend the place, and we shared a meal at La Fusión on a quiet Wednesday a couple of weeks back. Our dinner was an eye-opener, and I’ve returned twice since. Everything I’ve tried has been wonderful, from the classic Lomo Saltado to the mouthwatering ceviches and Epic Rotisserie Chicken–a signature dish that Chef Eduardo prepared in the Zuni Café kitchen for 15 years before striking out on his own. 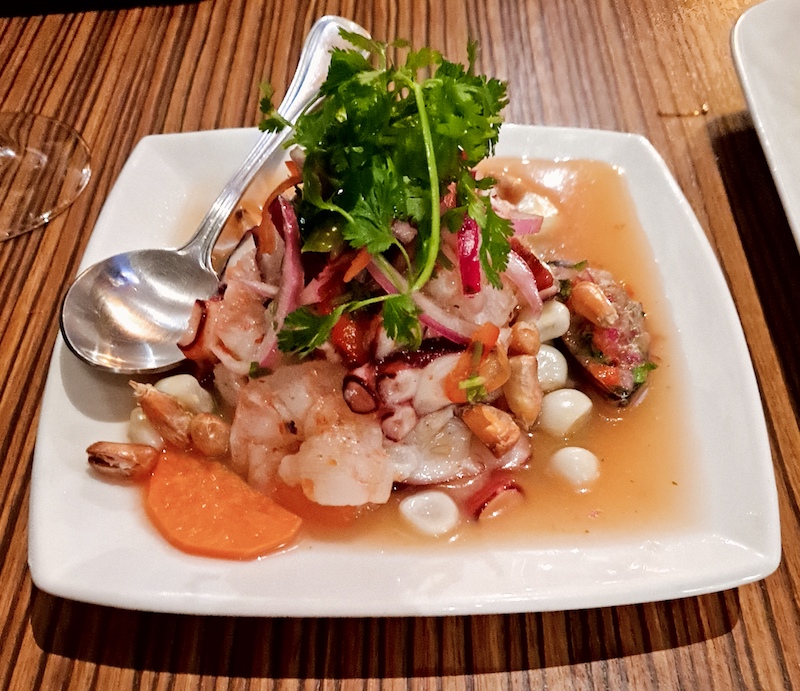 The ceviches at La Fusión are among the best you will find anywhere. | Photo: Joe Bonadio

With its signature bread salad, the rotisserie chicken is a stellar dish that helped put Zuni on the fine dining map, and Chef Eduardo prepares it with the same care and attention to detail that informs his entire menu. The man runs a one-man kitchen, and his focused menu allows him to keep a tight grip on quality and presentation. Eduardo’s efforts pay off handsomely: the food shines.

As San Francisco emerges from the pandemic and business ratchets up, La Fusión is poised to attract a brand-new audience. I sat down with Chef Eduardo last week to find out more about his path as a chef, and what he has planned for his singular restaurant. Lightly edited for clarity, our conversation is below.

Joe Bonadio: Thanks for talking with me, Eduardo. How did you get started in the restaurant business?

Eduardo Bonillo: I came to San Francisco from El Salvador in 1989, and started working as a dishwasher. I was 17 years old.

JB: Where was your first job? 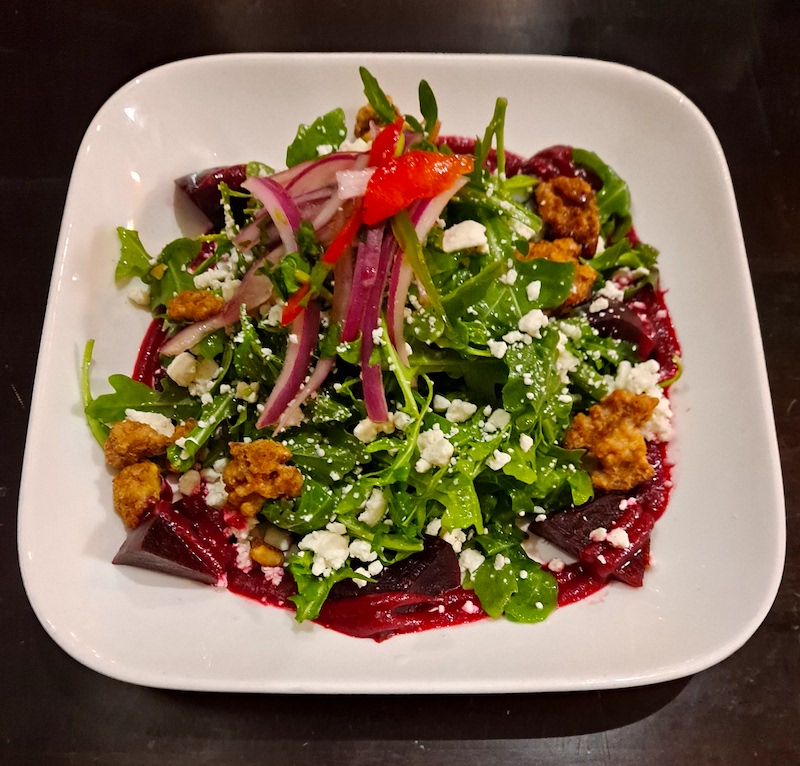 EB: I believe it was called American Chow, a tiny little spot down on 13th Street by the freeway.

EB: That’s right! After that, I went to work at two little cafés on Church Street by 29th. One of them was called Rami Café and the other one was Joe’s, I think. Dishwashing and bussing tables.

EB: Yes, Broadway and Montgomery. I started there as a prep cook. From there I became a line cook, then soux chef. 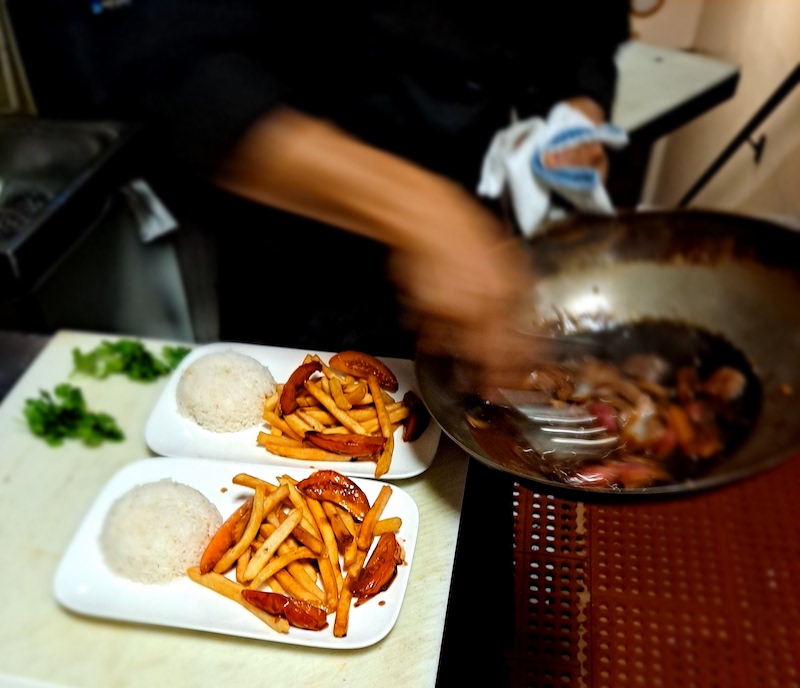 EB: I did. I started moving faster, because I really liked it. And the chef there, Paul Irvin, he taught me all the tricks.

He noticed me when I was working: cutting bread for the croutons, cleaning lettuce, cutting onions. And he saw how neat I was. He brought me to the office, and asked if I wanted to work as a line cook. I told him, teach me.

And he said, You’re going to be a chef one day.

JB: And that was in the very beginning?

EB: Yes. I wasn’t even a line cook yet, so it was very important to me. He was a good guy.

JB: Of course, Centerfold’s is a strip club. Sort of an unusual place to learn about fine dining, no? 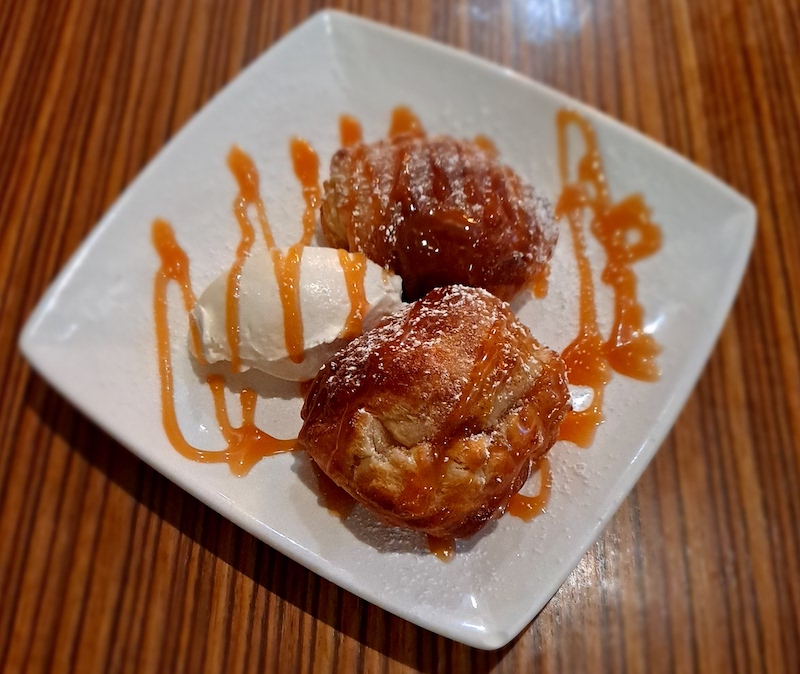 La Fusión serves some of the best empanadas in the Bay Area, including a decadent banana version for dessert. | Photo: Joe Bonadio

EB: Well, back then it was the only place in San Francisco that was so high-end. Even back then, they were charging $30 at the door. Because it was a strip club, with all the divas from Vegas. But the food was excellent: beautiful presentation, very well done. It was like a little bit of Las Vegas in San Francisco. Back then, every taxi in the city had the Centerfold’s ad on top of it, with all the dancers and their showtimes.

When Paul left, I stayed as the soux chef. Later, when they changed the place into a pure nightclub, I moved on.

I was there for about four years. Next I went to Coconut Grove on Pine Street. Live music, a very nice place.

After that, I went to work in Fisherman’s Wharf. The place right at the entrance to Pier 39: Eagle Café. That’s one of the oldest restaurants in San Francisco. (Editor’s Note: Eagle Café, which started out as a ticket office on the waterfront in Fisherman’s Wharf, celebrated it’s 100th anniversary as a café last year.)

JB: When did you start working at Zuni? 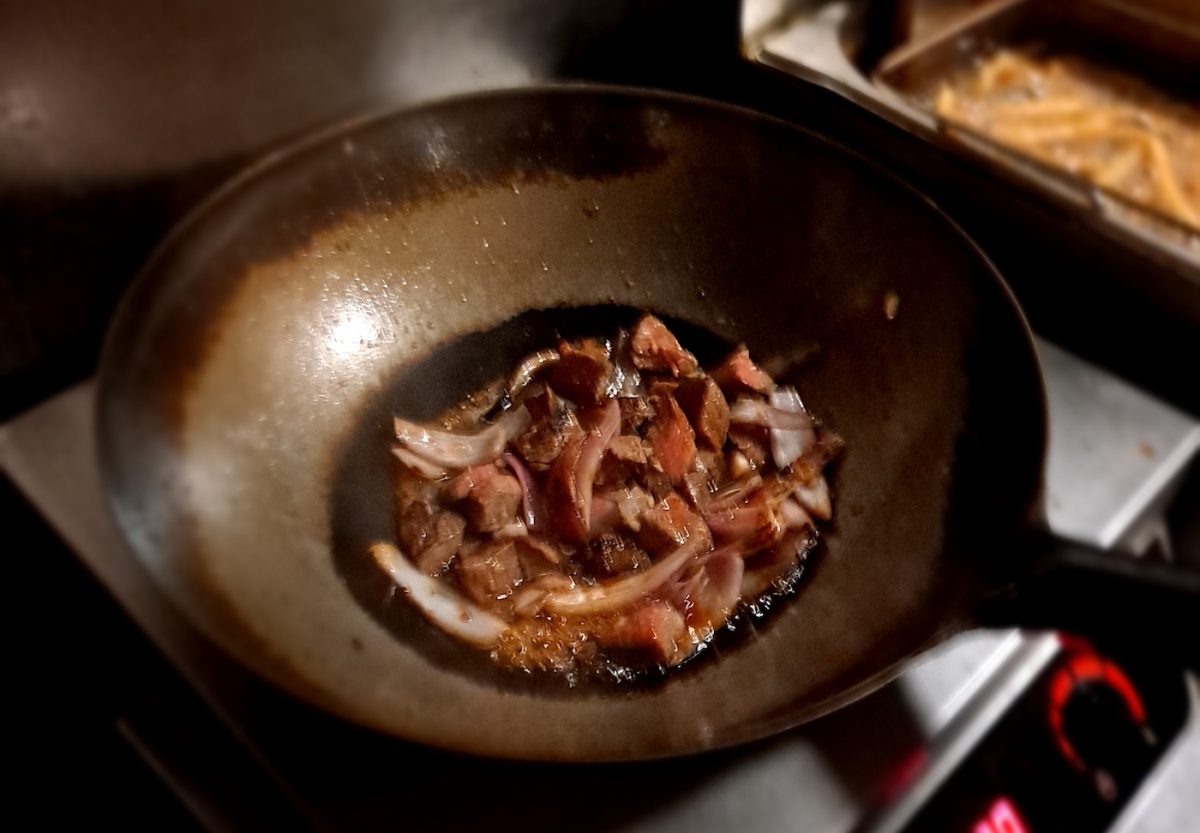 EB: In 1997. I started out as a line cook, and in three months I was promoted to soux chef.

JB: Looking at your menu, I see you brought something over from Zuni also.

EB: Yes. It’s a great story, and everybody knows about Zuni Cafe´, and the incredible chicken. The owner was okay with it, and it was the only thing I brought here when I opened.

EB: Yes, so I think I earned it! When we were really busy, we used to sell over 100 chickens in one night.

JB: That’s crazy. So you got to be pretty good with that recipe. 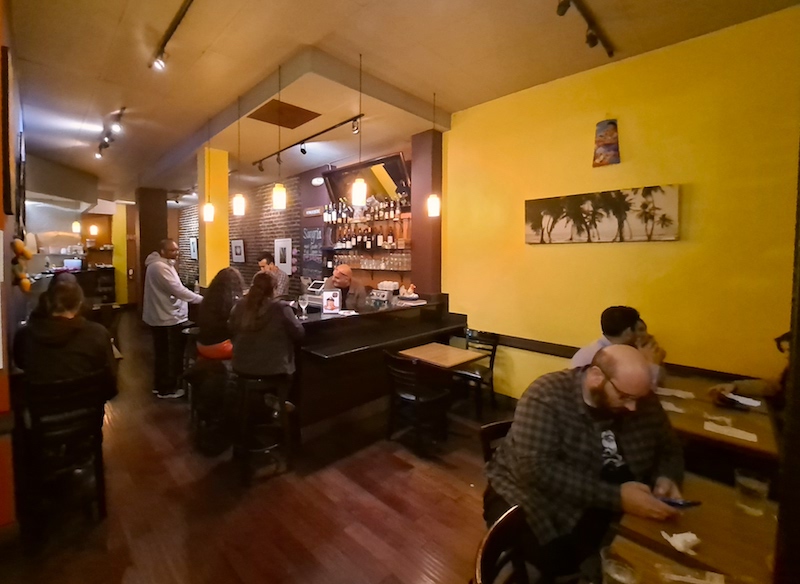 EB: Yes, I know it very well. But I learned a lot at Zuni: the sauces, the mis en place. Even the shopping for the restaurant. I worked closely with Judy Rodgers, and she taught me a lot.

I helped her a lot with the Zuni cookbook. Judy would be in her office writing recipes, and she’d hand me something and say: Do this. She’d tell me to change it whenever it needed something, and just let her know the changes. She’d taste it––and usually it went into the final recipe.

EB: Yes, she trusted me completely.

JB: You’re doing a lot with your food. Can you tell our readers a little bit more about the menu?

EB: I would say my food is a combination of Peruvian style with California/Mediterranean cuisine. I take a lot of ingredients from different styles of cooking, and put them together for something new. I wouldn’t call it just Peruvian, or Latino.

La Fusión is open for lunch every weekday, and for dinner on Wednesday through Friday evenings. To check out their impressive reviews on Yelp, click here.