Over fourteen years have passed since I relocated to the North Beach neighborhood from New York, and lately I’ve been thinking a lot about my first days here. Coming from the much grittier East Coast, I felt just a little bit out of place at first. But with its narrow alleyways and yellow cabs, North Beach reminded me of Lower Manhattan. And once I had found my corner spot at Caffe Trieste, the place was well on its way to becoming my home.

Shortly after my arrival, a little wine bar called Dell‘Uva opened on Green Street, just across from the near-infamous lineup of North Beach watering holes: Columbus Café, Gino & Carlo, and the since departed Amanté. At Dell’Uva I discovered the yang to Trieste’s yin, and I was a regular from Day One. Some friends bought it years later, rechristening the place Belle Cora–and I still am.

Right around the same time, an unassuming little seafood place was opening up shop directly across the street. Intriguingly, the menu was Italian. The place was called Sotto Mare (for Under the Sea), and after a quiet start the newcomer’s reputation quickly grew. It wasn’t long before the restaurant–an Oysteria, they called it–had a line snaking out the door. And somewhere along the line, the TV crews started showing up.

To be fair, all the attention was warranted. Having milked an expense account for years in New York, my bar for restaurants was (and still is) quite high. And in no time at all, Sotto Mare became one of my favorites. The seafood was just so fresh, and so simply prepared–and the place smelled just like my Calabrian grandmother’s kitchen. Simply put, Sotto Mare became my happy place.

On one of my very first visits, I met a friendly young lady by the name of Ria Azzolino. She was just getting started as a waitress at the new spot, and we struck up a friendship. Happily Ria never left, and seven years later, her parents–the equally friendly Richie and Laura Azzolino–would purchase Sotto Mare.

Though 2020 was a rough year, the restaurant is still going strong, and their reputation is better than ever. I recently sat down with Ria to talk about her years at Sotto Mare, North Beach, and the state of the business. Lightly edited for clarity, our conversation is below.

Joe Bonadio: When did you first start working at Sotto Mare?

Ria Azzolino: When Gigi first opened I was teaching preschool full-time, so in the beginning I would come in a couple nights a week. Then that turned into four nights, then weekends….it just went from there. That was in 2007; I think we opened in March, and I was working by June.

JB: Honestly, I don’t remember a time when you weren’t there. Was Sotto Mare your first restaurant job? 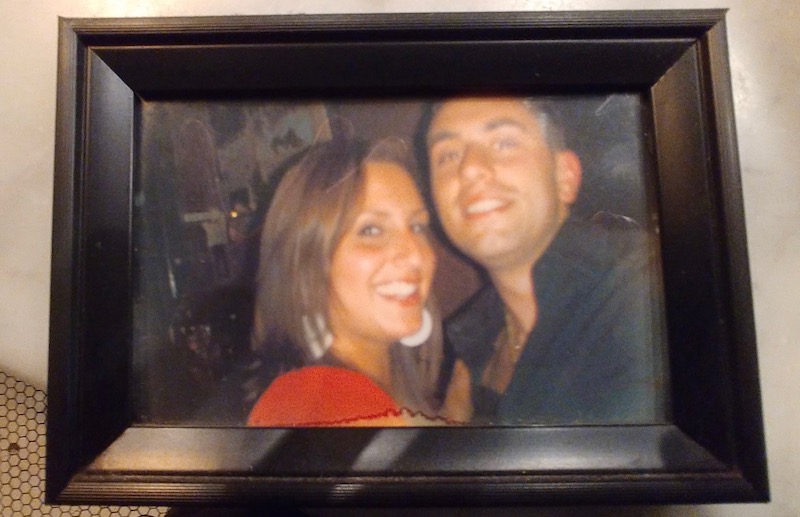 Ria Azzolino in a classic shot with her brother Vito.

RA: Yes. I sort of fell into it, and quickly saw that I liked it. I really enjoyed interacting with strangers and meeting people every day. It was something I was used to, because growing up I would help my dad at events, serving crab and things like that.

JB: So it’s been nearly 14 years now; Sotto Mare has become a big part of the North Beach neighborhood. What’s it like looking back?

RA: Well, I’ve done it all since I’ve been here: waitressing, hosting, and now a little more of the business side since my parents took over.

So I’ve learned a lot. I’ve evolved. I’ve had a couple of kids and gone through some serious adjustments there.

JB: Do you feel the restaurant has changed?

RA: You know, not too much. Things have gotten busier and busier since my parents purchased the place. We’ve been on a few different TV shows, which I think has helped a lot. We have quite a following; it’s amazing how far people come to see us. I was just telling my dad about this lady from Modesto, she’s in here all the time.

JB: Hey, what’s a hundred miles when you’re hungry? Sotto Mare definitely appeals to the foodie audience–but it seems like you tap into the nostalgia thing too, in the way a place like Golden Boy does. People come to relive a great experience they had in the past. 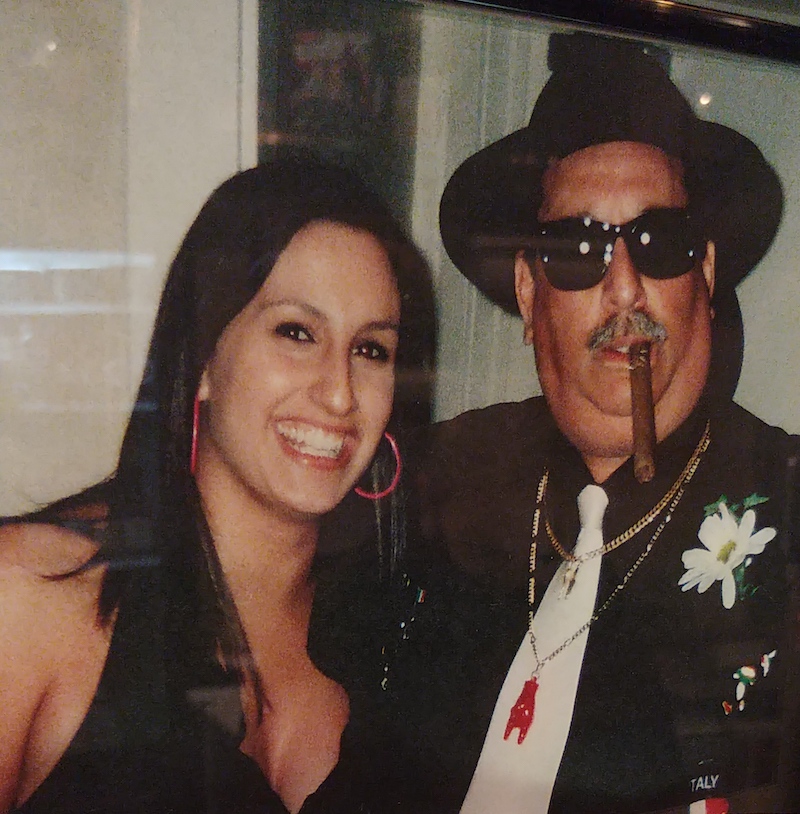 Ria Azzolino with her father Richie, here in character for his role as the hitman in ‘Tony N’ Tina’s Wedding.’

RA: It’s true. And people go to great lengths. Like the guy that flew in from Arizona right before Christmas: literally took a flight from L.A. with nothing but his cooler backpack, and came straight to Sotto Mare. He stuffed his pack with Cioppino and Crab Diavolos. Had a flight back within like two hours, and brought home dinner for Christmas Eve.

JB: That is a fanatic. The kind of customer that you want.

RA: Absolutely! A lot of people actually ask us to ship things, sometimes to other states.

JB: Obviously the pandemic has changed things for your business, just like so many others. Beyond the restrictions we’re dealing with now, how do you see things changing  as we go forward? 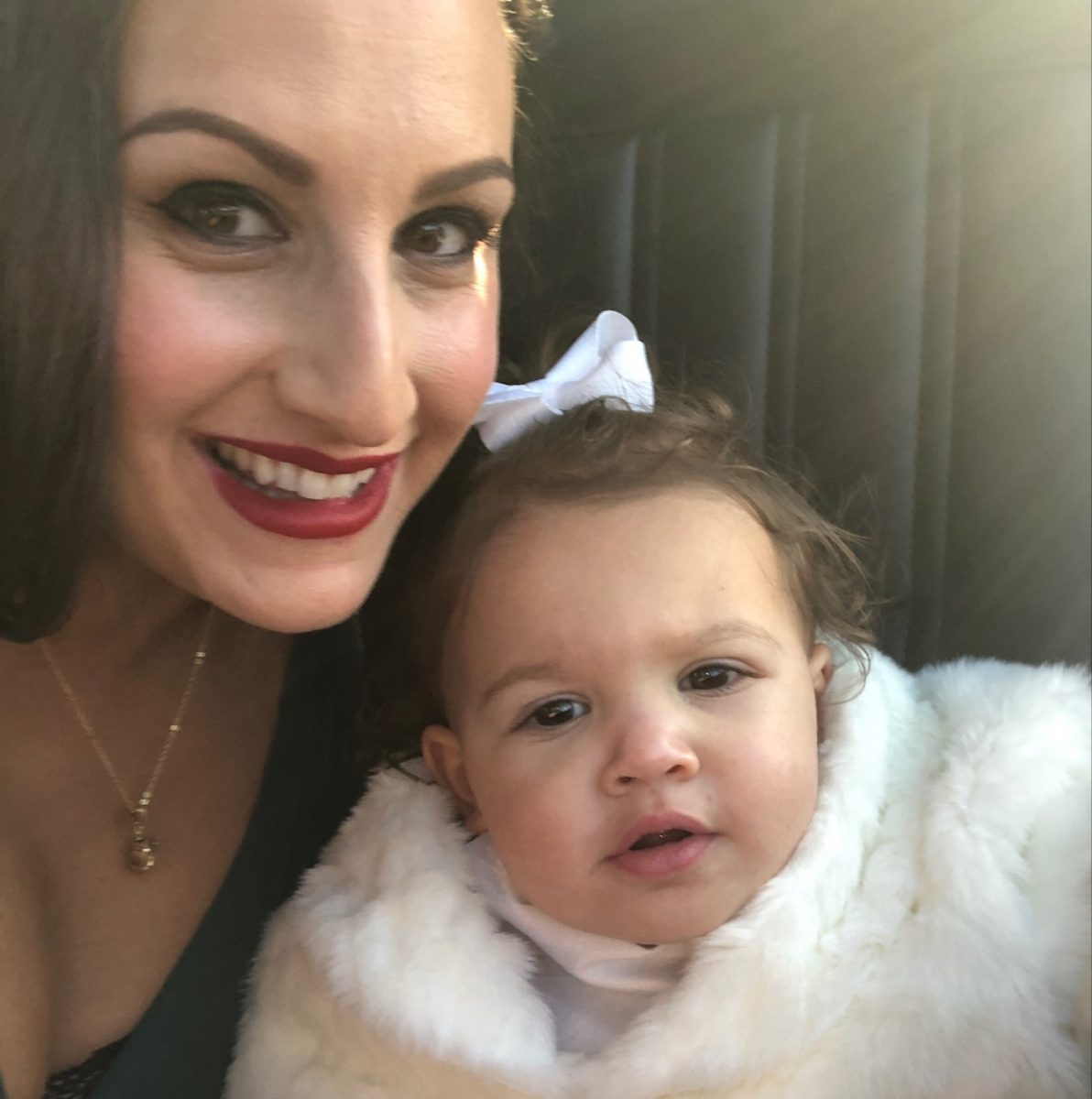 Ria Azzolino Pesenti with the newest member of the clan, the unbearably cute Luciana Rose Pesenti.

RA: Generally, we are getting a lot more locals and regulars. Moving forward, I think we’ll eventually get back to how we were–but there will be some people who will be uncomfortable going out for a while.

JB: How do you feel about Shared Streets, and the expanded outdoor presence?

RA: I think it’s great. People like our parklet, and they feel safe in it. We realize that for a while, people may only feel comfortable sitting outside.

JB: It’s looking like things may be fully reopening soon. What do you think of the prospects for the industry bouncing back?

RA: I think it will be good. If you’re an established place, people will want to come out and support you. And that should help a lot of businesses survive.

JB: Obviously takeout and to-go components have grown tremendously over the past year. Do you expect that change to be permanent? 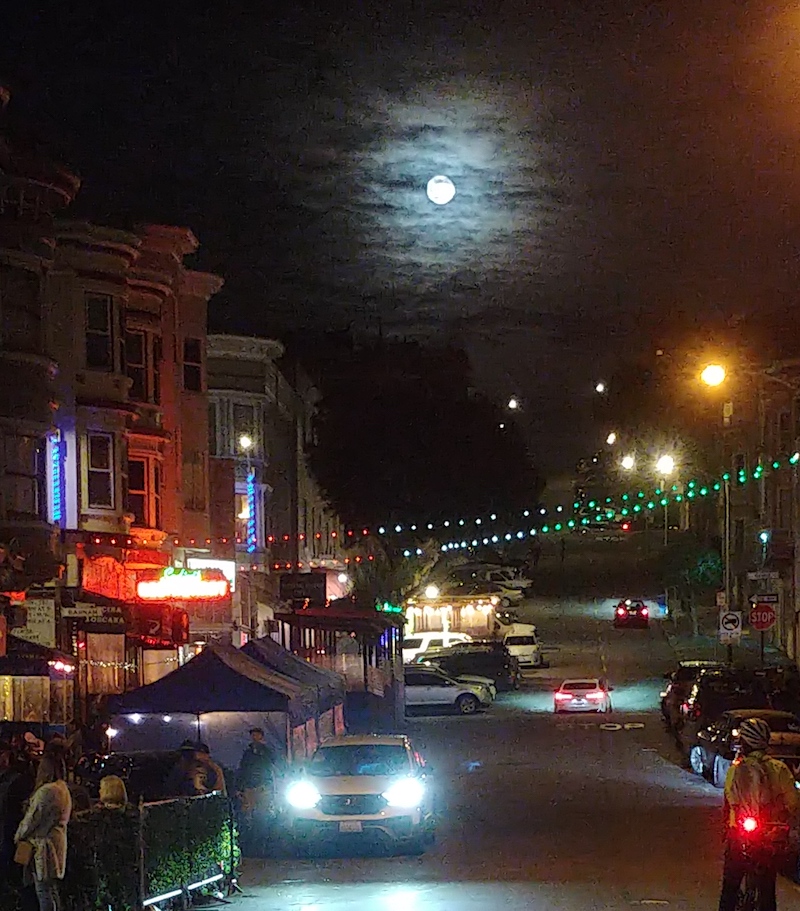 RA: Yes. We weren’t signed up with anybody before, but now we’re on four delivery services. It’s going to be a huge part of how we’re able to come back from this. And I think it’ll be a change that persists long after Covid.

It’s great for the customer. Even living in Novato, we have a ton of options. When we moved to the area six years ago, there wasn’t much to choose from. Now we can get anything. And I don’t see it going back to the way it was.

JB: Over the past four years you’ve had two kids, a son and a daughter. What has it been like juggling the restaurant with parenthood?

RA: It has its challenges. It’s hard sometimes having two young kids, but I’d rather have it this way, than to be home full-time. Because everyone needs a little break. It can be tough at night sometimes, because they want me home with them. But it’s good.

RA: I really enjoy working with both of my parents. It’s nice. I think we make a really good team: the way we make decisions together, and how we make it all work.

You know, one of the reasons the restaurant has been consistently busier over the past seven years is the dedication my parents have had. They are always there, day in and day out. The customers love meeting them, and they make everyone feel as welcome as if they are in their own home.

We’re a family-run business, and I’m proud to be a part of that, and to maintain that family presence at Sotto Mare when my parents aren’t here.

At this point, Ria’s mother Laura chimes in to the conversation:  “If it wasn’t for Ria, I know we wouldn’t have gotten a lot of these things done,” Laura stresses.

“She has been a driving force.”