In case you’ve been traveling abroad for awhile, there has been a sea change on America’s fine dining scene over the last decade. As the farm-to-table food revolution that started in Alice Waters’ humble Berkeley kitchen at Chez Panisse 46 years ago has spread across America, San Francisco’s stature as America’s preeminent food city has solidified. In October we brought home the big prize, when the prestigious Michelin dining guide awarded seven Bay Area restaurants its vaunted 3-star status; New York has only five chefs with 3 stars. Yes, it’s good to be king.

California cuisine’s product-over-technique approach came to prominence alongside the rise of fresh-food culture here and across the country; both were a reaction against the processed non-foods that still pervade our food system. These trends caught on here first because as America’s bread basket, California has the goods: our state produces almost half of the fruits, nuts and vegetables grown in the U.S., along with a huge share of its livestock and dairy products. 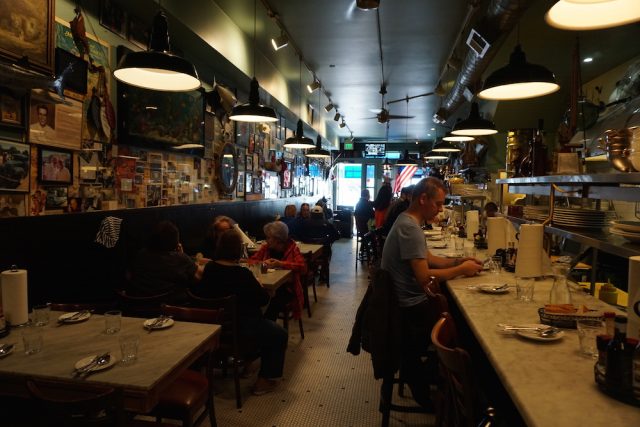 Of course, we’ve also got 840 miles of Pacific coastline–which means lots and lots of seafood. And when it comes to seafood, it’s all about the quality and freshness of the product. San Francisco’s Rich Azzolino understands that better than most. That’s why the restaurateur recently found himself speeding north on the 101 on a Saturday at barely 8:00 in the morning, headed for Petaluma.

The night before, Azzolino’s celebrated North Beach eatery, Sotto Mare, had sold out of fresh crab. Problem was, Sotto Mare already had 200 hungry eaters on the books for Saturday. And when the most popular item on your menu is the “best damn crab cioppino,” you don’t open without plenty of crab on hand. So Rich got on the phone and tracked down his suppliers. Maybe called in a few favors. Two hours later he was speeding back toward San Francisco, his truck weighed down with 500 pounds of the freshest crab available. Crisis averted. 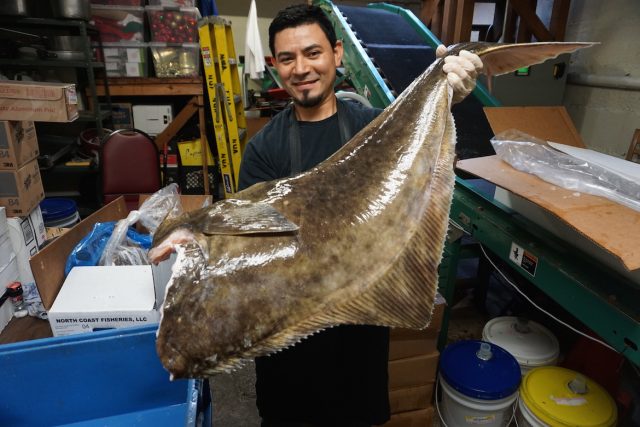 I recently had the chance to sit down with the affable Azzolino at his restaurant on Green Street, and he gave me a glimpse into some of the influences that made him into the successful fishmonger he is today.

Rich Azzolino: I was introduced to seafood as a young Catholic boy, because on Fridays all we could have was seafood–we couldn’t eat meat on Fridays. So we’d have everything from pasta with tuna, to baccala, pan-fried fish, all of it. If you were hungry, you didn’t eat if you didn’t eat fish.

So you didn’t have that resistance a lot of kids have to seafood.

When I was young I didn’t resist much! 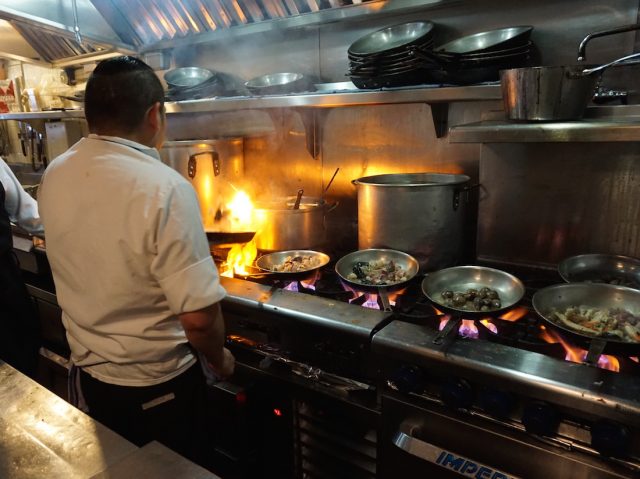 I was the same way.

Another thing, when I was young the big thing was fish and chips. It got pretty famous, and there was a shop over on Columbus Avenue where we’d all go on Saturday afternoon. We’d get fish and chips, wrapped up in newspaper to soak up the oil, and we loved it.

Of course deep-fried prawns and deep-fried scallops, we just used to bury them in tartar sauce and eat ‘em (laughter). But as I got a little older and understood what I was eating, I didn’t want the fried stuff anymore.

And did your family eat a lot of seafood during the holidays?

Quite a bit. I remember the cioppino during the holidays and early part of the year, I used to love sticking my bread in the gravy, and eating the clams and the oysters. That was just something you looked forward to. In our family there were different foods that were traditional for different times of the year, and cioppino went from the Sunday after Thanksgiving to Saint Patty’s Day. If there was a big get-together, if it was anyone’s birthday–my grandmother would make cioppino.

Then the sardines and anchovies….when we were growing up my mother and my grandmother used to take the hot peppers and stuff them with anchovies. 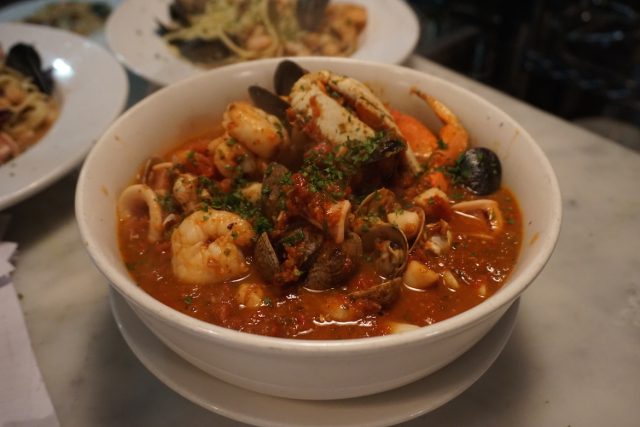 Oh yeah. I still run right over there when my mom makes it.

So when did you start working with seafood?

When I was 21, working for my dad. He opened a big Italian restaurant in Corte Madera called New Joe’s, great place. I started as a busser, learned to wait tables there, learned to bartend. And that’s also where I started learning how to handle fish, and how to prepare it. I found it was a much more delicate process than dealing with meat. It takes pains to get it right.

Sotto Mare is known for having the best fish in the city. A lot of people don’t realize that it’s also a fish market.

That’s right. Whatever fresh fish we have each day, including crab, prawns, clams, mussels, we will sell to the public from our retail fish counter. We have people who come in like clockwork, a lot of our regular customers. They love it.