As much as we miss them here in North Beach, I’m happy to report things are going gangbusters for our friends at Real Old Paper Gallery. Their new vintage poster gallery in Fisherman’s Wharf is in full swing, and though the tourists aren’t really back yet, owner Andy England has been making do with the foot traffic he has. And not surprisingly, the neighborhood appears to have embraced him.

Andy recently unveiled a new collection of original World War One posters–and although these pieces are over a century old, that’s not the only unique thing about them. I sat down with Andy in his gallery last weekend, and he told me a little about what makes these pieces special.

Joe Bonadio: So Andy, with this new collection of posters you’ve done something unusual.

Andy England: Yes. I recently acquired about a dozen American World War One pieces that are a little worn, a little beaten up. 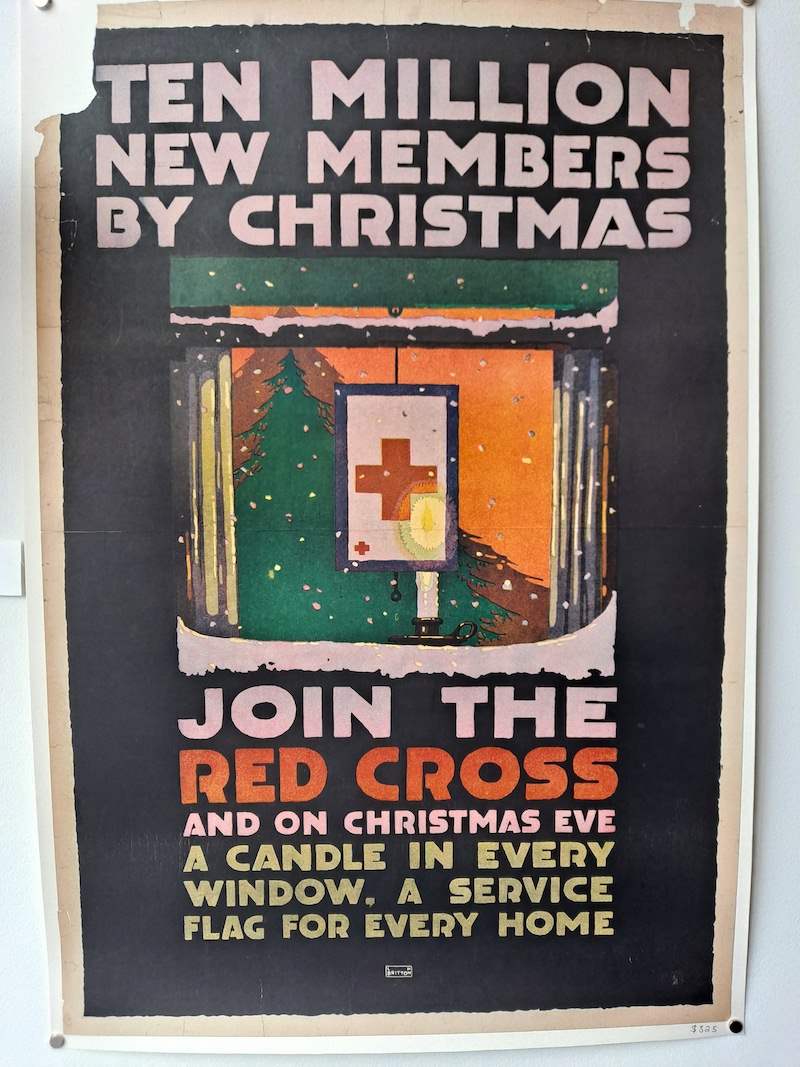 Conserved rather than restored, this century-old poster for the Red Cross has visible signs of age. | Photo: Joe Bonadio

What I’ve decided to do–contrary to what most of my colleagues would do–is to just have them backed with linen. They weren’t recolored, they weren’t bleached to get rid of any staining. And they weren’t repaired–I haven’t had pieces of paper added to make the image complete. 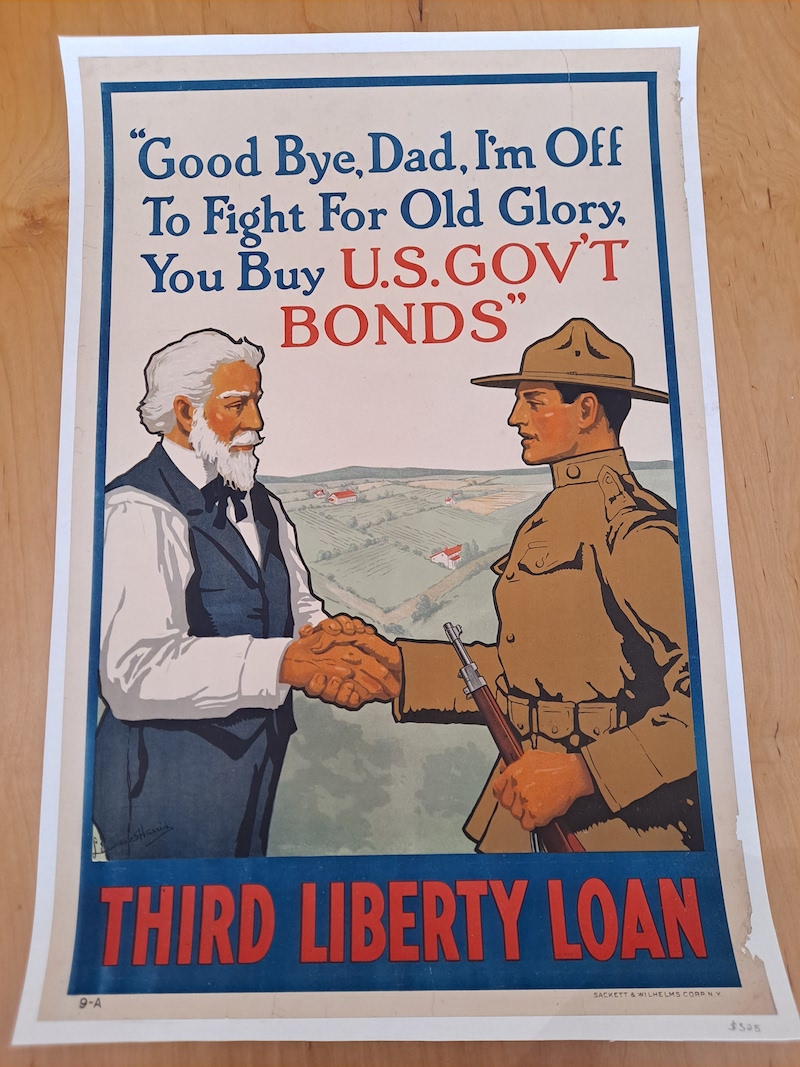 Decay As Decor: despite showing some wear, this poster for war bonds maintains its vivid colors due to the natural dyes used in its printing. | Photo: Joe Bonadio 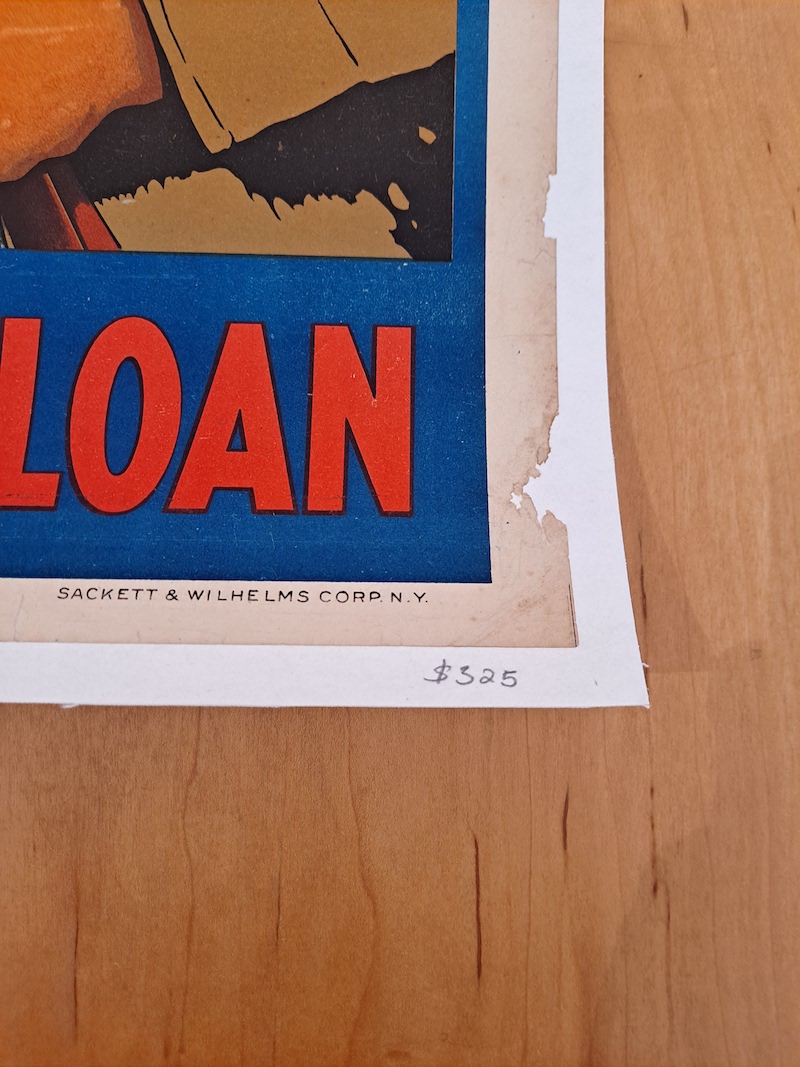 Detail from above: vintage posters inevitably show some wear, and by conserving rather than restoring, you can foreground these changes. | Photo: Joe Bonadio

I’ve left them as they are, the raw item itself. Again, showing their age, and how they survived over this past hundred years. As you can imagine, any piece of paper will pick up little dents and dings. And I chose not to restore them because….well, I think that if anything should be sold raw and damaged, it should be World War One pieces.

Some of my colleagues might not have even bothered with these. But I have a really hard time throwing anything that old away. I’m hoping that people respond to it, and that I can continue to do it.

JB: To me it makes a certain sense. Any piece that’s over a hundred years old–if you’re going to pay for something that old, I feel like there should be something to indicate it’s of that age. 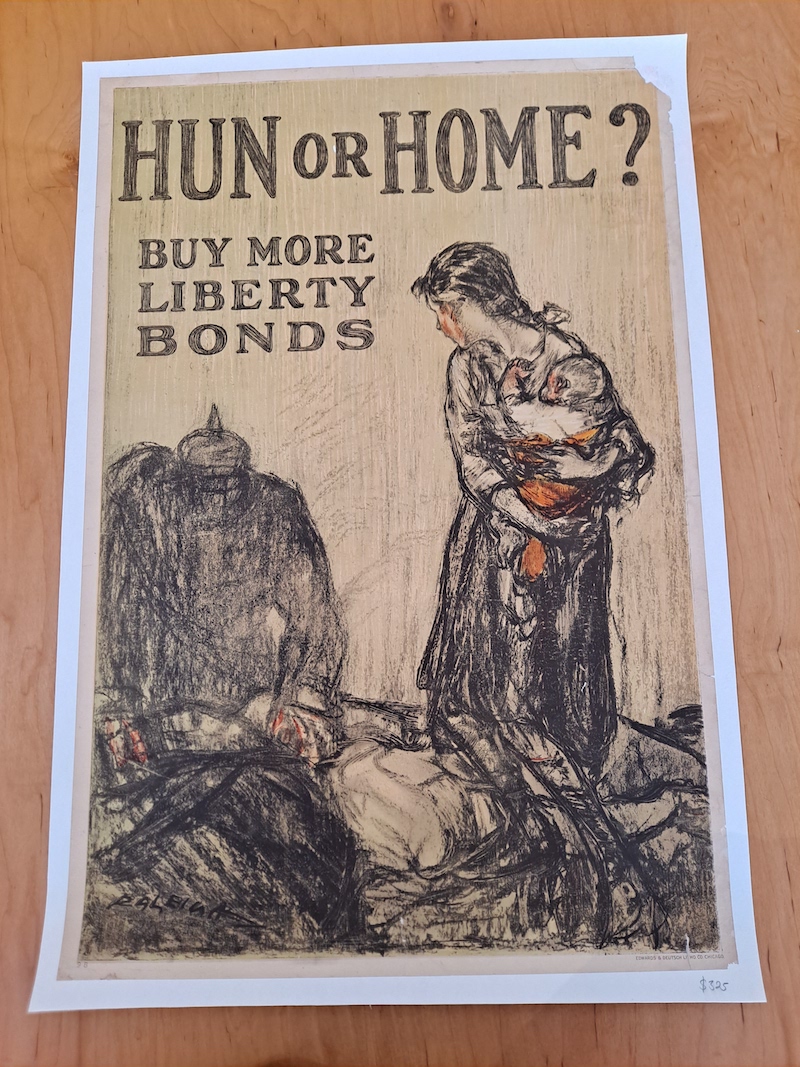 This vintage poster for liberty bonds is enhanced by the subtle signs of wear. | Photo: Joe Bonadio

AE: Understood. And people that see these usually know at a glance: that’s old, that’s an original. Of course, I explain to everyone that all of these pieces are original–but those really look it, because they’re imperfect.

JB: Do you think there’s potential for this to catch on as a popular style of restoration?

AE: It’s really more of a lack of restoration, or minimal conservation. My hope is that people will still want to decorate their homes with these and collect them, so I can continue to collect and preserve these damaged, historically significant pieces of paper. And give them another life.