San Francisco has always loved its prostitutes–or in today’s parlance, sex workers. But the relationship between the world’s oldest profession and our city’s development is a complicated one. Over the last century, law enforcement has grown increasingly hostile to the sex trade, but when the Gold Rush hit San Francisco in 1849, the nation’s first laws against prostitution were still a half-century away. Public attitudes toward the practice were nothing like those of today; to the contrary, prostitutes in San Francisco were highly valued .

Men outnumbered (women) by a ratio of 70-1, making female company the most treasured commodity in the city Click to Tweet

It was largely a matter of numbers: women were in terribly short supply in mid-19th century San Francisco. By some estimates men outnumbered them by a ratio of 70-1, making female company the most treasured commodity in the city. In fact, the majority of women living here at the time were prostitutes of one sort or another, and there was little stigma attached to the buying and selling of sex. In the distorted atmosphere of Gold Rush San Francisco, a place flush with money but nearly empty of female residents, it wasn’t unusual for a husband to offer his wife’s company to a wealthier man for the night as a way to advance his interests. Though it’s hard to imagine going full Eskimo today, you must admit that’s pretty hospitable.

This isn’t to take anything away from the grim conditions endured by many of the city’s working women. “Crib girls,” women who worked in narrow stalls that lined certain alleyways, had it particularly bad, some entertaining as many as 80 or 100 customers in a single day. (Maiden Lane was one of those alleyways, its name an unintentional tribute to a time when it reigned as the city’s most racially diverse assemblage of prostitutes.) Syphilis was widespread, and the hazards and rigors of the job generally made for a short, unhappy lifespan.

On the other side of the coin, “white” women of the time (a designation generally reserved for Americans of Western European descent) were free to open parlor houses in the Tenderloin district. These were larger, more respectable brothels catering, naturally, to a more moneyed clientele. Some of these houses were luxury affairs, replete with all of the finery of San Francisco’s wealthiest homes. Parlor houses operated by celebrated madams such as Belle Cora played host to many of the city’s most prominent businessmen and politicos of the time, and were an integral part of the young city’s nascent social fabric.

By some reports the first Chinese prostitute in San Francisco, Ah Toy arrived here from Hong Kong in 1849. A tall, winsome Cantonese girl, she was widowed on the voyage to America, and took up with the ship’s captain out of necessity. Enamored, the seaman plied her with gifts, and by the time she disembarked she had already amassed a small fortune. 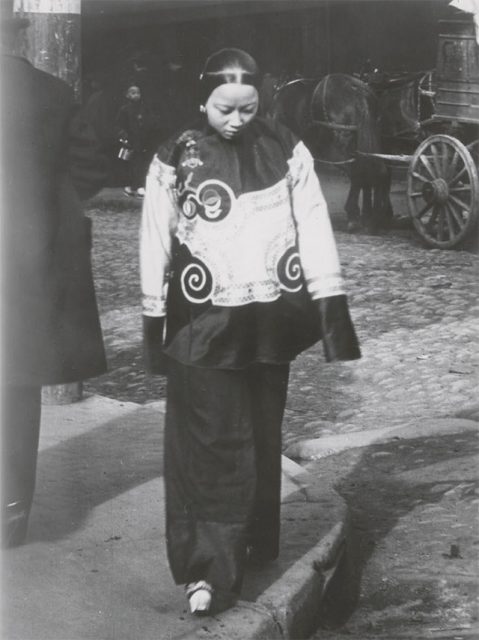 The Only Surviving Photo of Ah Toy

Upon landing in San Francisco, Ah Toy realized her cachet: there were no more than a dozen Asian women in the city at that time, and she was by far the loveliest of the lot. The city’s men were fascinated by this willowy, exotic creature, and eyes followed her everywhere she went. She decided to capitalize on this, and was soon charging men to watch through a peephole as she danced about in a thin, diaphanous gown (this cost an ounce of gold, and was called a “lookie”).

Ah Toy was soon operating a handful of “boardinghouses” (read: brothels) where she employed other Asian girls purchased for pennies from the ships that arrived every day; the slave trade was still alive and well at this time. Fearless, Toy soon became the most well-known Asian woman in the Old West, and notably, the first to successfully defend herself in our courts. When men cheated her by paying with brass filings in place of gold, she sued them. Likewise, when unfairly targeted by city authorities (caucasian women were rarely prosecuted for operating brothels at the time), she took them to court, fighting back vigorously.

Sadly, Asians were forbidden from testifying in court in 1854, and the city’s first anti-prostitution laws were passed in the same year. Hamstrung and unable to defend her interests, Ah Toy was forced to leave the business behind. She retired a wealthy woman, and though she returned to China briefly, she was soon back in California. She died in Santa Clara County in 1928, just shy of her 100th birthday.

Born Jessie Mellon in New Orleans, ”Diamond Jessie” Hayman began her career as a prostitute in the gold country of Sierra Nevada. A tall, elegant redhead (a major draw in her profession) she moved to San Francisco to ply her trade in the late 1880’s. She took her surname from her first madam and mentor, a Mrs. Nina Hayman, who reportedly left Jessie the three-story brothel where she would make her fortune. A splendid place, it housed 15 lavishly furnished suites, three fireplaces and a well-stocked champagne cellar. 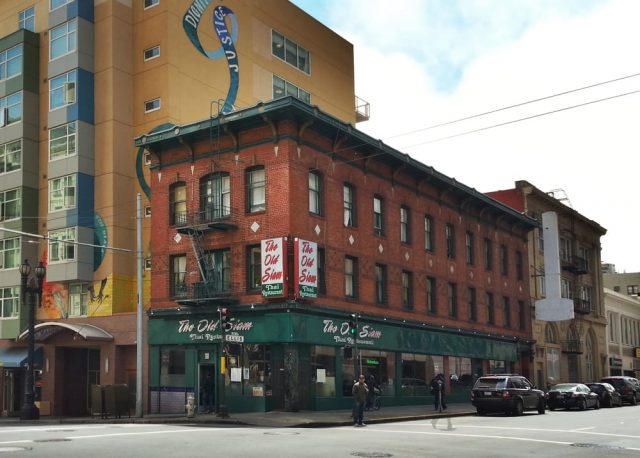 Early on, Jessie’s sartorial bent distinguished her business; the young madam cut no corners when it came to fashion, providing each of her employees with a $6,000 wardrobe (that’s over $150,000 in today’s currency), including tailored suits, furs and negligees. Her ladies also received regular medical care, something almost unheard of at the time. Nothing was too good for Diamond Jessie’s place, and her staggering prices reflected it, reportedly the highest in the city. Business thrived, and Jessie quickly prospered, opening more locations and purchasing several tracts of land in San Francisco and elsewhere.

Jessie was well-known throughout the city, and at one point was romanced by a visiting Russian Grand Duke, who sought to take her back to his country. Diamond Jessie demurred, and smitten, the Russian commissioned a life-sized enlargement of her portrait. The photographer (Arnold Genthe, who appears to have arranged their meeting) said of Jessie: “she had the face and figure of an empress, and the pose and manner of one as well.”

Evidently, this dignity wasn’t all for show. When the earthquake of 1906 devastated the city, Jessie and her employees came to the aid of San Francisco’s needy, passing out clothing and food to those left homeless by the tragedy. When Jessie died in an upscale hotel in London years later in 1923, she was a wealthy woman, still single….and still wearing her diamonds.

Perhaps the most notorious San Francisco courtesan of them all, Mary “Minna Rae” Simpson was born somewhere in New England in 1860. Orphaned at the age of nine, she turned to prostitution to survive. As outrageous as that sounds today, the practice wasn’t all that uncommon at the time. Nor was it the most scandalous thing one could say about Minna. Within a year or two of entering the trade, the young girl became pregnant; these being mean days, Minna kept working throughout her pregnancy. Disturbingly, her condition only increased her popularity. Indeed, in the only surviving photograph of Minna, she is visibly pregnant with son-to-be Bartholomew. 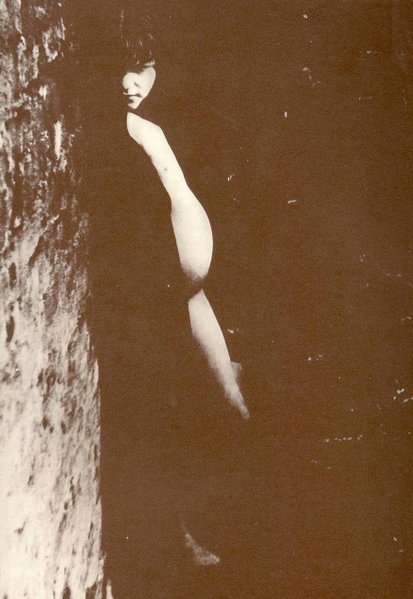 Minna’s life was chronicled in the book “My Life as a Child Prostitute: The Autobiography of Minnie Rae.” Although no copies survive today, it was apparently a very scurrilous read, not least because of Minna’s cheerful attitude toward her profession. Where one might expect embittered resentment, Minna was surprisingly sanguine about her life’s work. In a quote attributed to her at the time, she was matter-of-fact: “I get paid to be a whore. If I married some farmer, I’d have to do it for free.” As ever, the sex trade is not fertile soil for the sentimental.

Today, there is no shortage of legend surrounding the controversial young Minna. She was a contemporary of the notoriously self-proclaimed Emperor Norton (it was he who christened her “the Little Countess”), and it has been speculated there may have been a romantic connection between the two at some point. She is even suspected to have been an influence on the “Wendy” character from Peter Pan, having traveled to Europe at the age of 10, where she reportedly met author J.M. Barrie. Minna was also reportedly fascinated with reincarnation, a foreign concept in 19th century America. Though it may have been little more than clever self-promotion, she claimed to have been a prostitute in ancient Babylon.

Minna’s life after 1873 is the subject of some dispute. Some say she disappeared, while others claim she remained in the San Francisco sex trade well into adulthood. Whatever the case, we do know that SOMA’s Minna Street, just a few steps south of Mission, was named for her sometime in the late 1870’s.

This article is part of a series examining the fascinating people and places that make up the rich history of San Francisco’s North Beach and The Barbary Coast. For more great articles about SF, visit Joe Content again soon.