Locals here in North Beach were greeted with a particularly welcome sight as they went about their holiday shopping this season: the long-vacant space on the corner of Green Street and Columbus Avenue, former location of Citibank, had finally attracted a new tenant.

Local Maker Mart, the brainchild of teacher and entrepreneur Gregory Castellanos, took over the highly visible location on November 22nd. The project was conceived as a forum for local artists to show their work and sell their wares. Due to the overwhelming response, the outfit chose to extend its lease until February 28th. And with your support, they might be able to stay even longer. “This space is amazing, and we hope to stay and serve this community for as long as we can,” Greg told us. 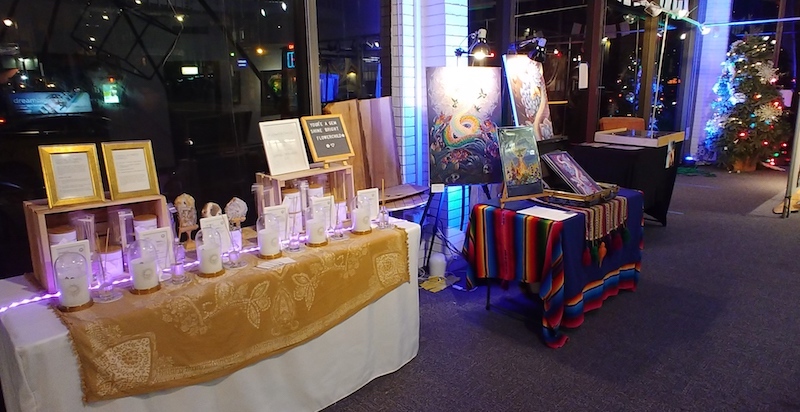 Local Maker Mart addresses a vexing problem that local readers are more than familiar with: the retail vacancy crisis, long a sore point in North Beach.

Originally from Chicago, Greg began running ‘maker’ popups after relocating to San Francisco and founding his own innovative speaker company, Recreation Sound Systems. But he felt limited by the events’ short duration, and wanted to create something with more impact. “I wanted to do something longer, something that would really engage the community,” he says. And once he began to register the extent of the vacancy problem here in the city, Greg saw his chance to be part of the solution. 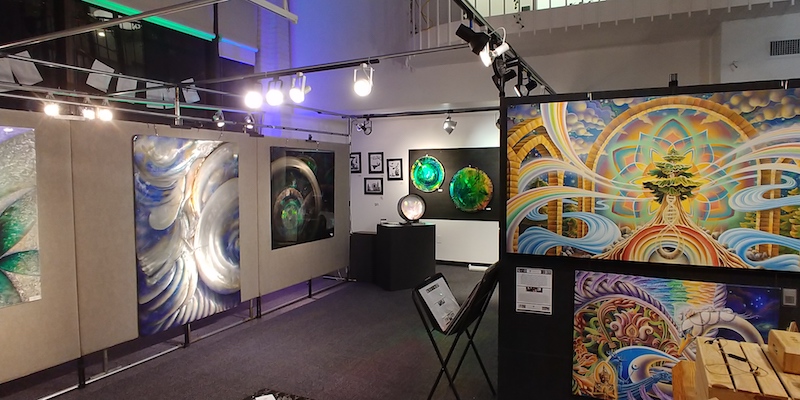 Local Maker Mart’s proprietors have made good use of the space, incorporating work of all sizes into the former Citibank location. | Photo: Joe Bonadio

“How do you make retail work again, after e-commerce and delivery services created this retail apocalypse?” he asked himself. The same question was being posed by many across the city—and Greg thought he had a pretty good answer. He began working with realtors like Maven, trying to identify locations that would be a good fit for his concept. And gradually, his idea has taken hold.

North Beach’s Local Maker Mart currently showcases a rotating roster of over twenty local artists and makers working in a wide variety of styles and mediums, and offering a broad range of creative products. The selection is quite the mixed bag, with something in store for just about everyone. And they’ve also begun working with artists and local orgs to offer art instruction, including classes in such sought-after subjects as marketing for artists. “City College recently cut almost 300 classes, and nearly 100 instructors,” Greg told me. “We want to bring in those teachers, and to keep that work going.” 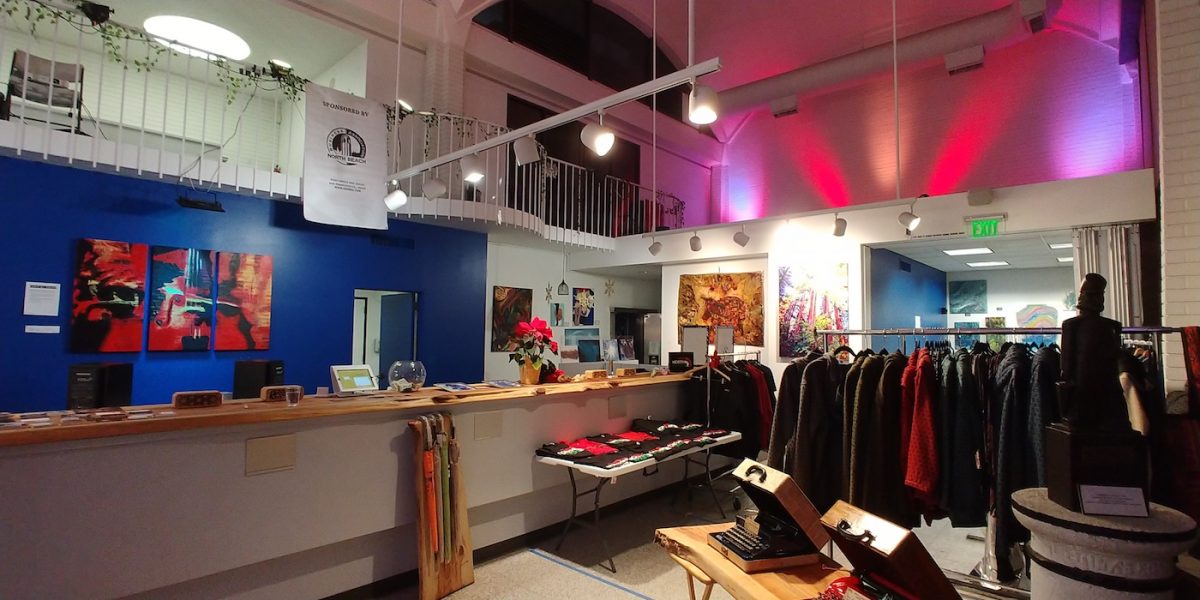 Under Greg’s leadership, the project is spearheaded by a small, tight-knit group that includes several veterans of Recreation Sound. And with its emphasis on the local community, the group has also focused on North Beachers when it comes to hiring, for everything from security to entertainment talent. Just one example: local aerialist Megan Williams Gallagher (AKA Mega, shown at Local Maker Mart below) has been performing regularly to happy, often surprised crowds.

“I’m grateful each day, because I could never have accomplished this feat without the support of an excellent team and our amazing local community,” said Greg.

Local Maker Mart is now slated to remain in the Green Street space at least until the end of February. So please, do your part to keep the space active—and make sure to visit the creative people at Local Maker Mart soon.

I’ll see you there!