In a town as obsessed with the past as San Francisco, when it comes to starting a retail business, just about anything that claims to be ‘vintage’ is a pretty good bet. And when Andy England brought his Real Old Paper gallery to North Beach, he doubled down on the atmosphere, opening on Columbus Avenue, directly on the cable car line. Historic Coit Tower looms in the shop’s front windows, completing the tableau.

Just in case the name hasn’t already given it away, England’s gallery deals in original vintage posters—and England’s collection is just as impressive as his view. The gallery does a pretty steady business, so the selection is changing all the time, making every visit unique. 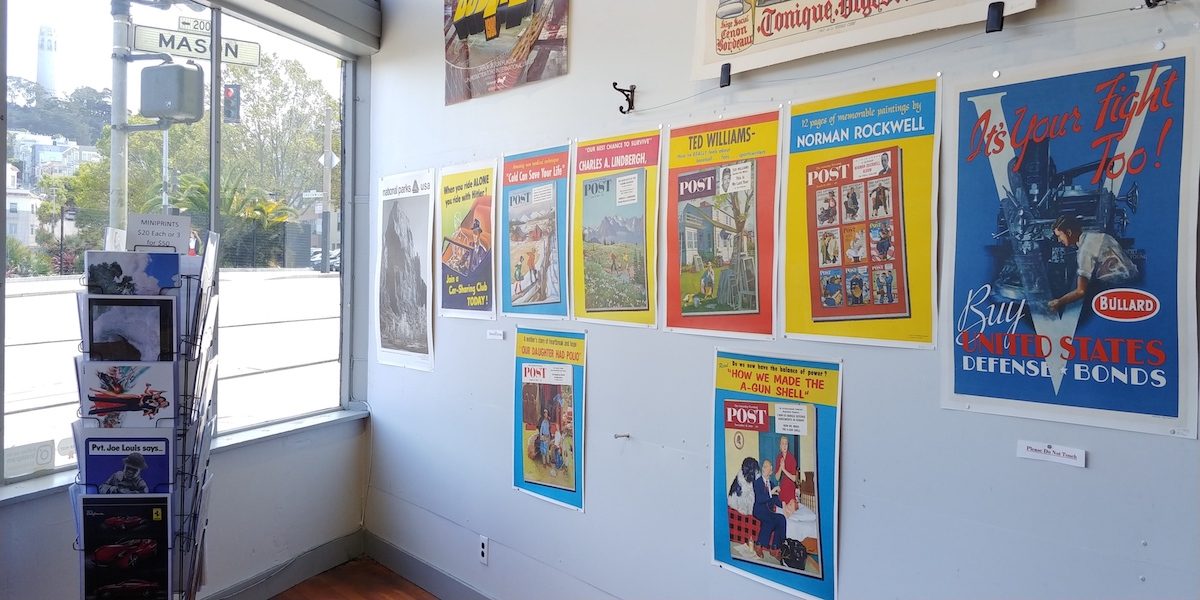 I recently sat down with England to talk about Real Old Paper’s current exhibit, and upcoming plans for the gallery.

Joe Bonadio: You just brought in a new collection of original posters from the Fifties. Can you tell me about them?

Andy England: These are most commonly referred to as point of purchase, or P.O.P.s. The Saturday Evening Post would provide these to their distributors and retailers to help them sell the latest issues of their magazine.

Also grocery stores, drugstores, places like that. They are original full-sized collectibles, all of them sixty-plus years old. 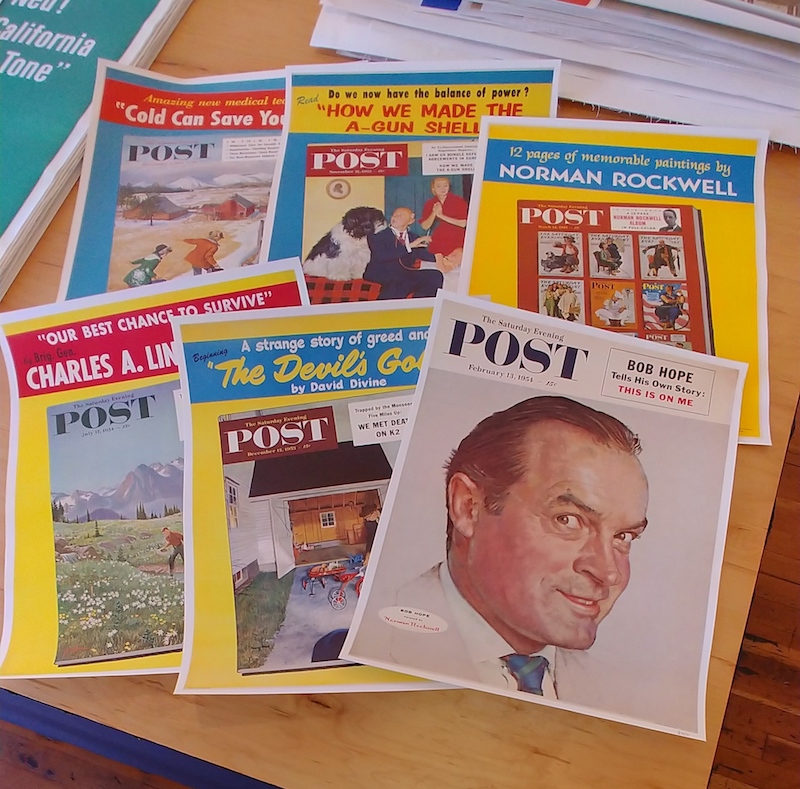 A selection of p.o.p. posters for The Saturday Evening Post, restored and mounted on linen. | Photo: Joe Bonadio

And some of these were done by Norman Rockwell, right?

Six of them were actually done by Rockwell. There are also several by Stevan Dohanos—he was probably the second most well-known among illustrators of the time, behind Rockwell. And a number of them were done by Richard Sargent, who was also pretty prolific at the time.

These are pure Americana. Everyday, domestic scenes. Ordinary lives—there’s no luxury or glamour or anything like that. People waiting in traffic, a kid in the doctors office afraid of getting his first shot, a guy cleaning his window screens in the backyard.

They were meant to appeal to everybody—to all Americans. Of course, this is a distinctly American magazine. What you see on each page is the idealized American lifestyle of that time. 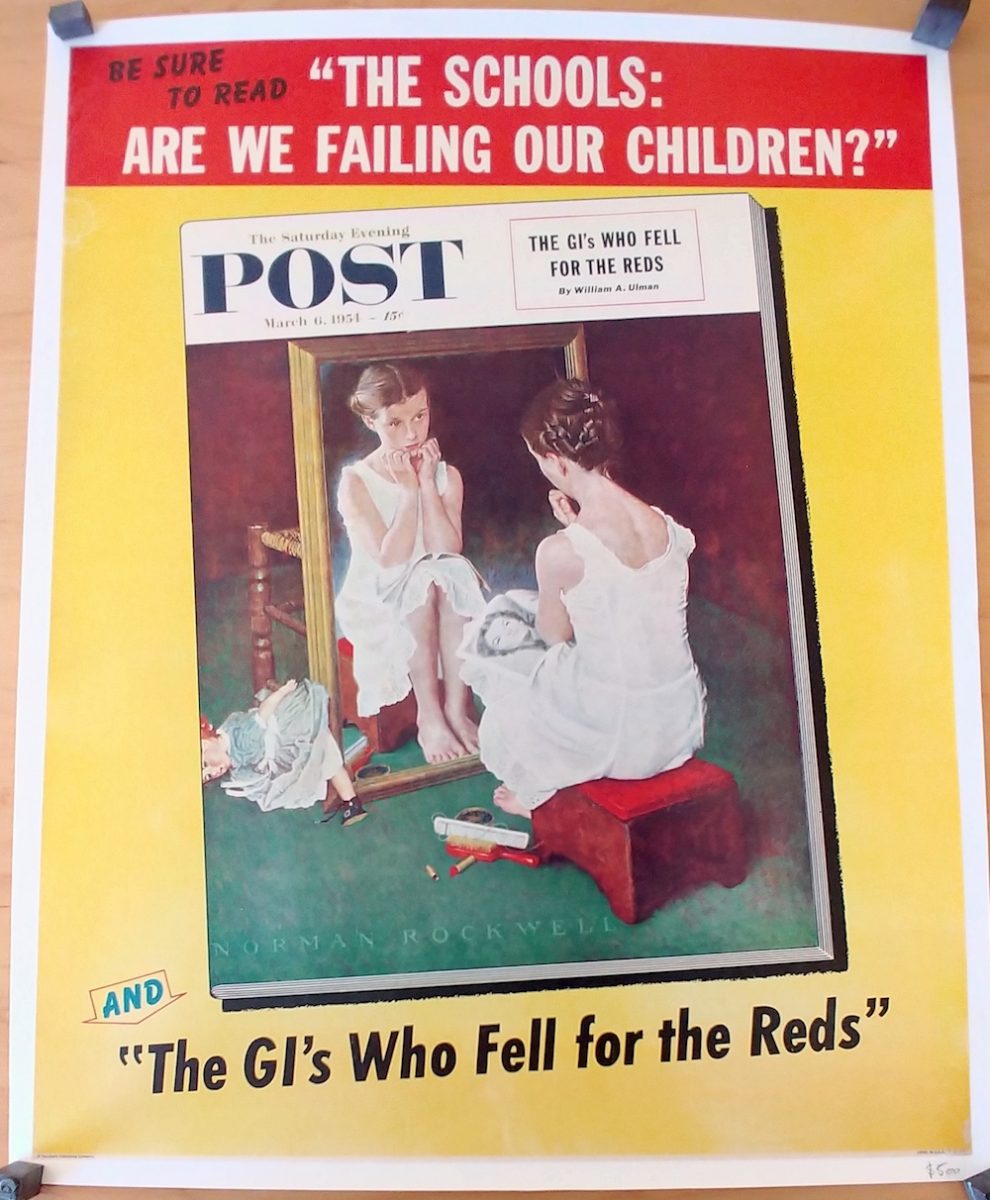 And I understand you’ve got an exhibit coming up from a slightly earlier American era.

Yes, we do. To coincide with Fleet Week, we are planning a two week exhibit featuring military pieces of all kinds, from World Wars One and Two.

That’s going to be great! People are so into Fleet Week in this neighborhood.

I know! We’ll be dedicating our whole main wall to the theme. It’s going to be sixty feet of original military posters. And these are all a minimum of seventy years old. Naval, Air Services, you name it. 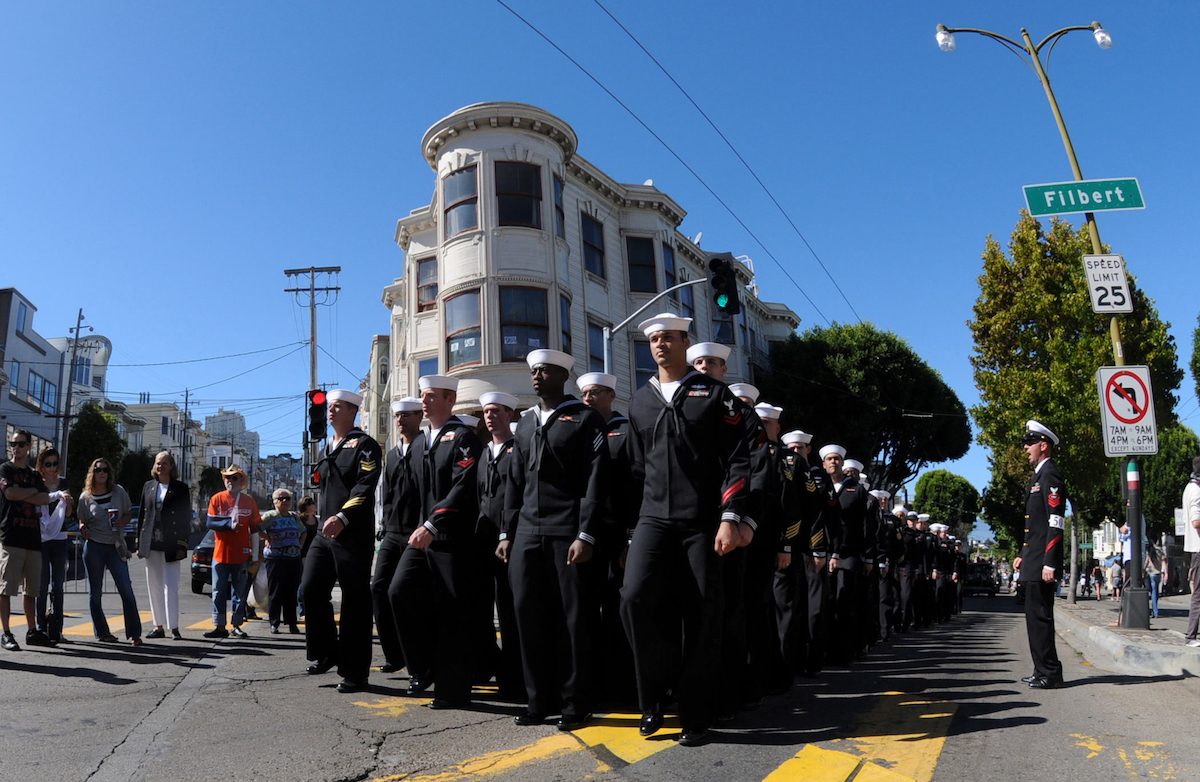 I like that, maybe we’ll use it! Anyway, that starts in October—Fleet Week is the second week in October, I think.

Then the following month, we’re having a reception and opening for my partner Aaron Lane’s art. That’s happening on November 1st, so put it on your calendar.

Thanks, we’ll do that, Andy.

It looks like Real Old Paper has a pretty busy Indian Summer lined up, so make sure to come back to the blog for more updates. You can also find them on Instagram: https://www.instagram.com/realoldpaper/