Following on the heels of the inauguration, the recent loosening of Covid-19 restrictions in California and return of outdoor dining to San Francisco has been a dose of much-needed optimism. Local residents, many of whom have been sheltering at home for months on end, finally seem to be preparing a return to a somewhat normal life. Sadly, it’s no secret that many San Francisco institutions won’t be returning when things are fully open again, and it’s going to be a long road back for San Francisco business.

But there’s something happening in Lower Nob Hill right now that gives us particular cause for hope.

Music City is the brainchild of San Francisco businessman Rudy Colombini, veteran of the music business and longtime denizen of North Beach. The mega-project encompasses the official San Francisco Music Hall of Fame alongside a music school and campus, 24 next-level rehearsal spaces, a fully equipped recording studio, five performance venues, and a full-service hotel, bar and restaurant–all on one enormous property. It’s the biggest project of its kind to ever land in the Bay Area, and it could be the most important initiative for the arts happening anywhere in the country right now.

As Colombini explains it, Music City is more than just a music museum, or even an elaborate entertainment complex. Designed as a nexus for performers and the wider public, it’s also a portal for developing musicians, providing access to the resources and community they need to thrive.

As a museum and hotel in the center of San Francisco, the property naturally attracts an audience from all over the world, and business is already gaining steam. Though elements like the hotel and rehearsal studios have been in operation for seven years, the studios were recently gutted for a huge technical upgrade. And there is so much more beneath the surface. 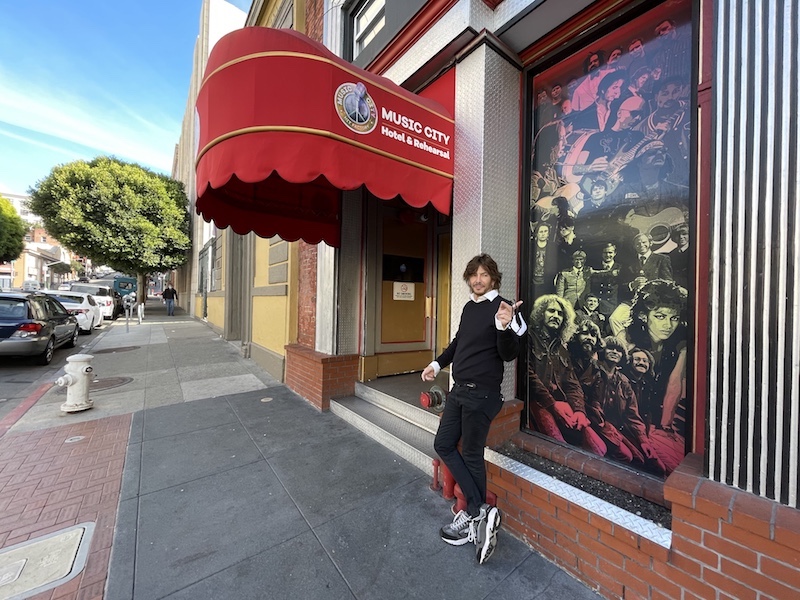 I recently spoke with Colombini about Music City, the sacrifices he has made to see it to fruition, and his hopes for the future of the ambitious, sprawling project.

We began our interview on a park bench in the lovely Washington Square Park in North Beach, beneath the spires of Saints Peter and Paul Church. As we begin, Rudy points out the building where he grew up, just above the legendary Liguria Focaccia.

Joe Bonadio: You’ve been in North Beach for almost your entire life. What does this park mean to you?

Rudy Colombini: It’s a haven. Whenever I step into Washington Square Park, I’m a little bit happier than I was just being on the sidewalk. I love this park–it’s the center of my universe, and who I am.

JB: Are you originally from San Francisco?

RC: I was born in Chicago, and I came here when I was two. I’ve spent 90% of my life in and around North Beach; right now I’m living on Russian Hill, but that’s the North Beach district, more or less.

JB:  A lot of people in North Beach and all around the city know you as a performing musician. But these days, you’ve got a lot more than that going on. Can you tell us about Music City?

RC: Simply put, it’s the most ambitious music project in the United States right now. I have a music school that serves nearly 4,000 students a year, and a rehearsal complex that serves about 50,000 people a year. Then the Music Hall of Fame,  a completely interactive, experiential music museum which serves over 120,000 tourists every year.

JB: Those are some big numbers. What was the genesis of this project?

RC: I’ve been in the real estate business for many years. I have a hotel that has a warehouse beneath it. The building is 29,000 square feet, about 10,000 of which is hotel.

I was walking around late one night, and I was feeling really satisfied with my music career. And I started imagining what it would be like later in life, to have a place where I could share what I know with younger musicians and entertainers. To help them learn how to be successful in music–because it’s something I love so much.

And that’s how it started. 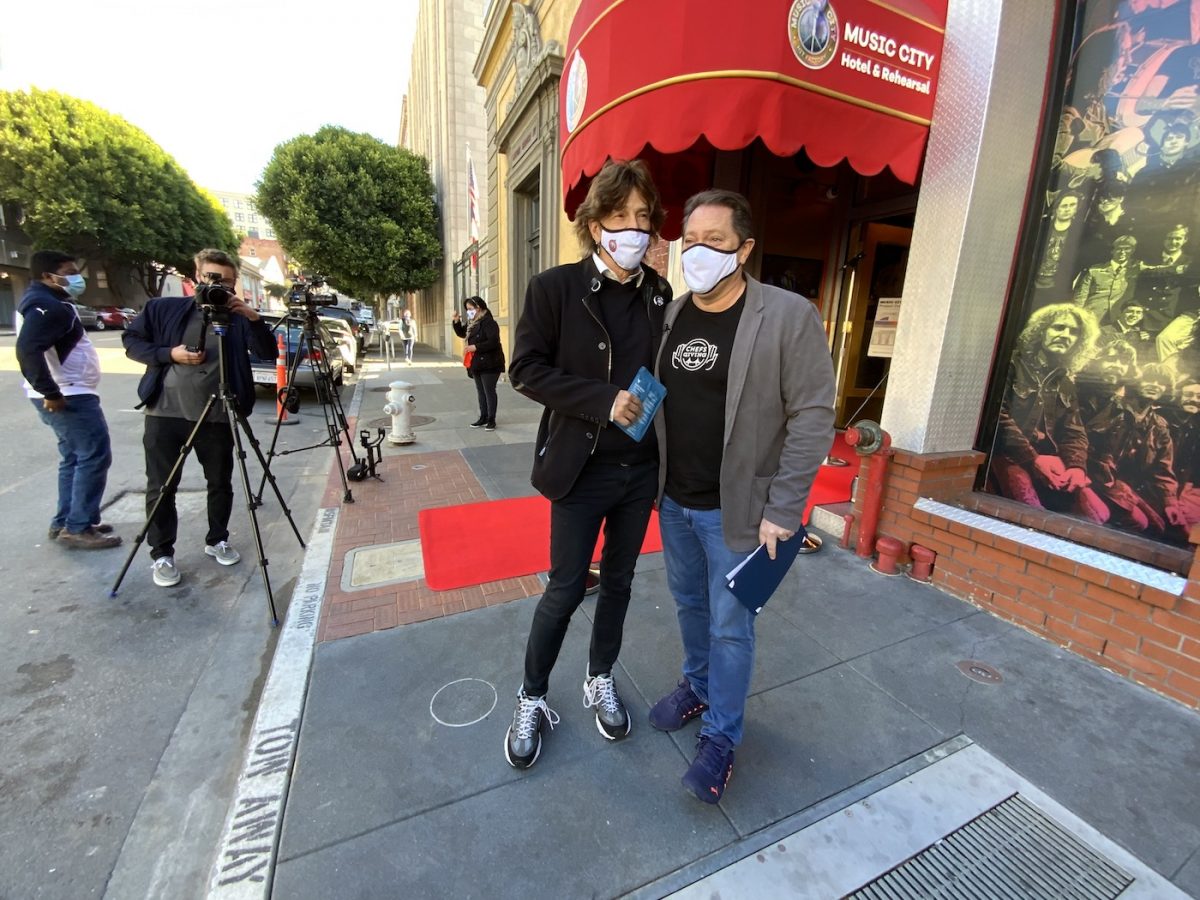 JB: You’ve been operating several elements of the Music City for a while now. What are some of the challenges you’ve faced?

RC: When I first started out, I encountered a lot of resistance from the neighborhood and the city. That was very difficult to deal with, and it took about a year and half to straighten it out. And then my permit had lapsed, and I had to do it all over again.

So I had to battle the city twice in order to get this structure built the way I wanted it. We spent nearly three years in the rigamarole of permitting and approval.

JB: When did you finally break ground? 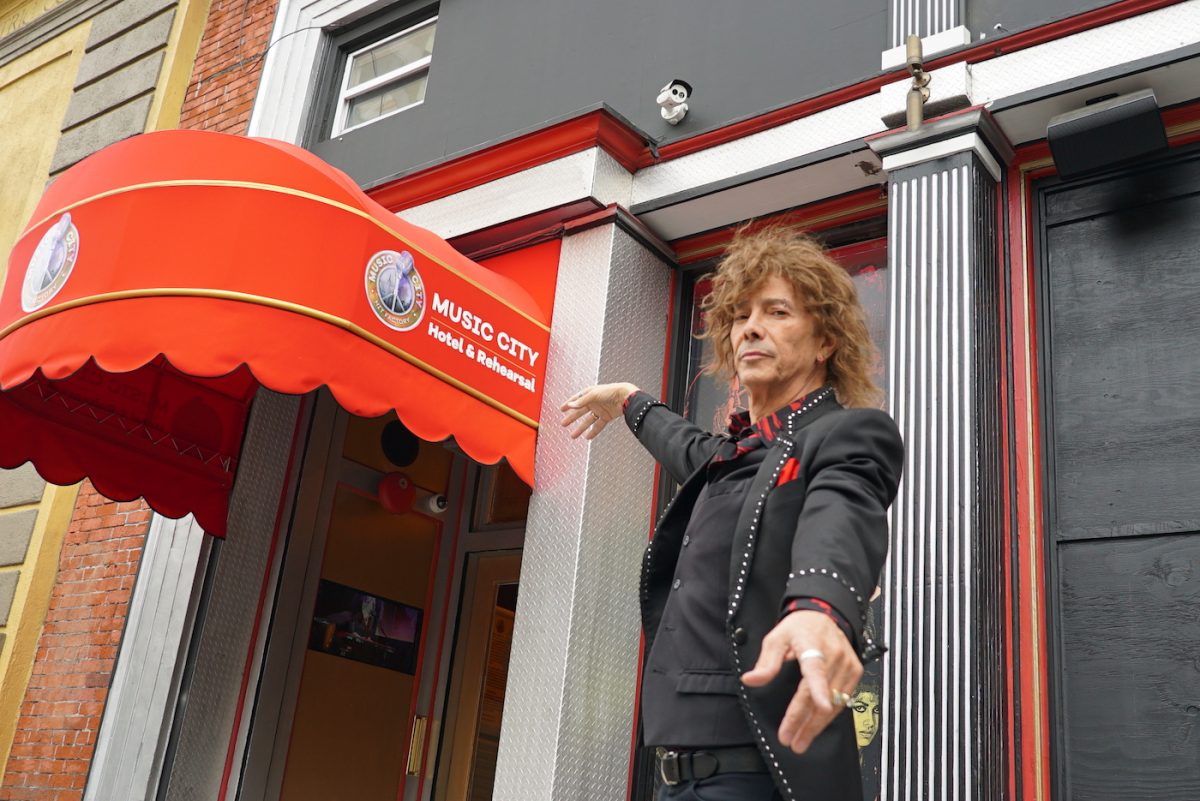 JB: You and your team have done a lot in the last eight years. What’s it like to take on such an imposing project?

RC: Well, I wouldn’t recommend the construction business to anyone who’s not an expert. It’s the most dangerous part of real estate you can be involved with. There are all of the moving parts of real estate itself. Then there is the actual construction, and all the problems that entails: there’s financing, and you’ve got agreements with contractors, who sometimes don’t deliver what they promise.

JB: But you’re very determined to see this project through, and for your vision to be realized. Where do you think that determination comes from?

RC: A lot of it comes from confidence. And I’m tenacious, that’s what I do. I’ve had a lot of musical opportunities, and chances for a big musical career. And this is another opportunity to express myself and have an impact.

JB: You’re taking on some significant risks to finish this project.

RC: I’ve refinanced two properties that have allied me to move about $6 million into the project so far. And now we’ve got another $10 million to go.

I’m spending all my money, easy way to say it. Now I’m looking for the support and involvement of other people and organizations to help make this vision a reality.

JB: And you made your fortune in real estate. You might say you’re putting your money where your mouth is.

RC: It’s an ominous feat. To take most of what you own and take a risk with it. It takes balls.

JB: From what I understand, the city of San Francisco seems to think the risk is warranted–and they’re jumping on board.

RC: What the city realizes is that this is a project that no bureaucrat could ever conceive.

The potential for what this project can achieve is enormous. I’d estimate that fully half of the musicians in the Bay Area will be directly and positively affected by this project once it’s fully underway.

When Stax Records was founded, they didn’t start with the foresight and the resources that we have.

RC: Well, picture it: you’ve got twenty-four studios that are plug-and-play, running eight 2-hour sessions every day. Do the math, and you’re talking about 500 people who come to rehearse each day.

Those people form a community in itself, working on any number of projects and opportunities. Then we build a music school, bringing real resources to that community. Then we add the Music Hall of Fame, bringing another level of attention, not to mention an aspirational element for the students.

JB: And that’s not even the whole picture.

RC: Of course. There will be an online streaming music station, and a fully realized bar and restaurant. We’ve discussed the possibility of a television show. There is no upward limit that I can see.

Indeed, there doesn’t appear to be any limit in sight for Music City. I’ll be circling back to report on the progress of this exciting project soon, but in the meantime feel free to check out their website.