In San Francisco, a city that has for many come to signify rapid change, North Beach is a neighborhood that still holds fast to its traditions. If you live here, you know that our parades, feasts and festivals are part of who we are. When it comes to these traditions, one of our oldest is the Salesian Boys’ and Girls’ Club–or as members have come to call it, simply “the Club.” 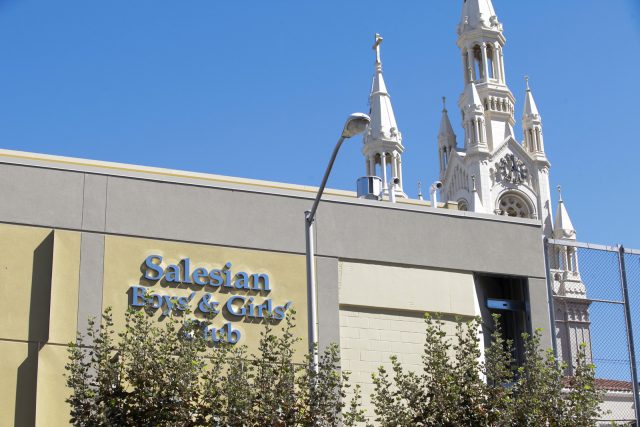 The club was established almost a century ago in North Beach by Father Oreste Trincheri. When he arrived to the neighborhood, the father realized that to keep the rowdy Italian boys in his parish on the right path, they needed an outlet for their creative energies. The Salesian Boys’ Club (the club’s original name) was his solution: here the kids were exposed to music, drama, sports and more, and given a foundation for future success.

Indeed, alumni of the club now number among the city’s most prominent citizens, including one who still walks these sidewalks every day: Rich Azzolino, owner of Sotto Mare. Born and raised in North Beach, Azzolino (or Richie, as he is known in the neighborhood) spent the better part of his childhood at one club event or the other. Of course, these days he and his family are busy running what is probably the neighborhood’s best restaurant (and judging from the line out the door, this is a widely shared opinion). But his heart has always been at the club, and he’s found the perfect way to pay them back: cioppino. Lots and lots of cioppino. 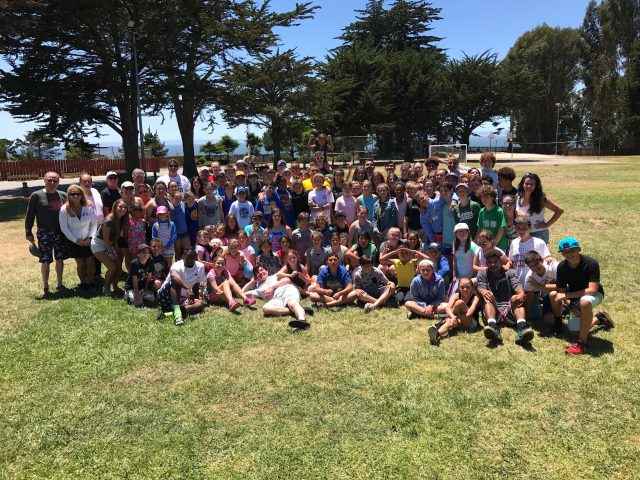 Rich Azzolino with the kids at the Club’s Summer Camp facility in Aptos (third from left).

The story starts around fifteen years ago, when Azzolino and his friend Mike Sabella were asked to cook the signature seafood stew for a fundraiser at Sacred Heart Preparatory School, his alma mater (now Sacred Heart Cathedral Preparatory, on Ellis Street in the Tenderloin). “I did cioppino feeds for my high school. The first year, we got a hundred, hundred twenty-five people,” Azzolino told me. “Word got around, and we got two hundred and fifty the next year. And after that, we sold every seat we could sell.”

It’s a great program for kids, probably the best in the city....everyone is welcome. –Rich Azzolino Click to Tweet

After establishing his kitchen credentials at Sacred Heart, it was just a matter of time before Azzolino brought his skills back to the kids at the Salesian Boys’ and Girls’ Club. The club, nestled between the Saints Peter and Paul Church and Powell Street, throws three crab feed events every winter. At $85 a head, they sell out without exception, and Azzolino has worn the toque for the last two years. “Now we get 650 people every time, only because that’s all we can fit,” he told me. “And we’re even talking about adding a fourth feed.” 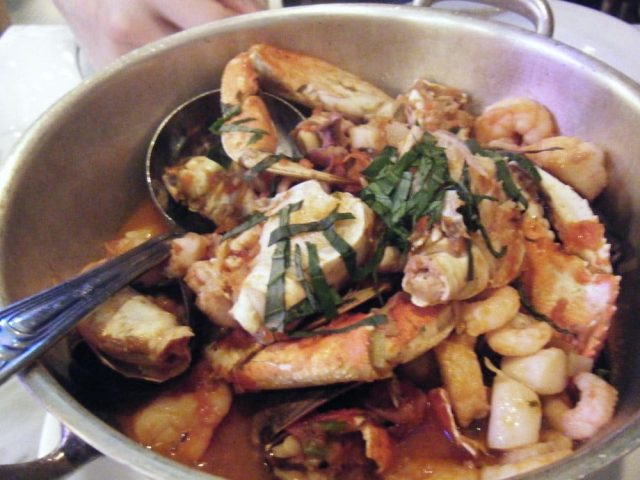 Randy DeMartini, who took over as Executive Director of the club at the beginning of 2016, has been working at the organization for his entire career–he has literally never held another job. He was born and raised in North Beach, and when we spoke he emphasized the crucial importance of the club to the young people of the neighborhood. “It’s the greatest feeling watching kids–troubled kids, underprivileged kids, middle-class kids, all types of kids–there’s no better feeling than to be part of their lives, and see that they’ve turned out to be good citizens of San Francisco, and of the world.”

DeMartini’s enthusiasm is infectious, and his devotion to the club is complete. “If you came to me and said Randy, we’ll give you five million dollars to come work for us, I’d look you right in the eye and tell you that’s not going to happen,” he told me. “Because no price could equal the good that we do down here at the Boys’ and Girls’ Club.” 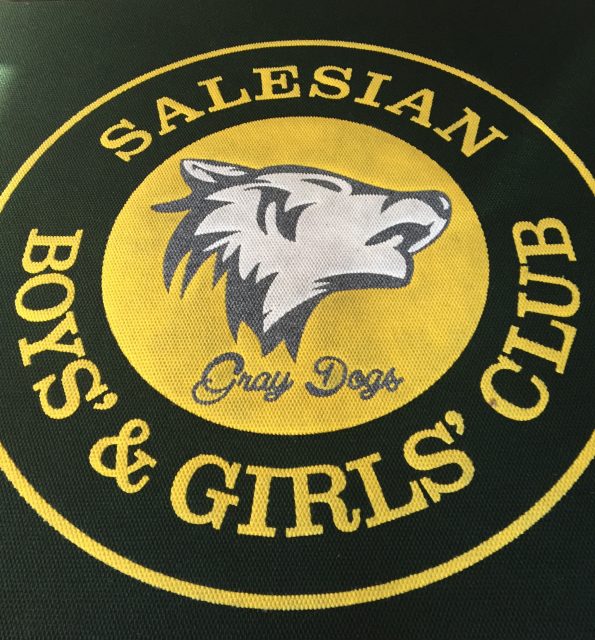 After 98 years of operation, “the Club” is going stronger than ever, having experienced a recent surge in membership. And it’s no surprise. “Where else can you find a program like that for $10 a year?” Azzolino asks. “They get to learn the arts, to learn computers, plus baseball, soccer, the works.”

It’s no exaggeration: according to Randy DeMartini, the services provided by the club actually cost around $1,200 a year per member. The balance of that amount comes from fundraising efforts. Just multiply $85 by 650, and you start to see how important these cioppino feeds are to the club’s survival.

And Azzolino has no plans to stop anytime soon. “It’s a big part of how I grew up, with all their traditions. It’s how I was mentored as a kid. That’s why I stay close to them.” the restaurateur says. When Azzolino came of age, he was one of DeMartini’s mentors at the club, and now they work side by side. “I’ll do anything Randy asks me to do, from donations to cooking, whatever they need.”

Every June, Azzolino takes a week out of his busy schedule to cook for the kids that attend the Salesian Club’s Summer Camp at their facility in Aptos. Along with old friends Mike Cardella and Jimmy Piccetti (both also Salesian alumni), he cooks breakfast, lunch and dinner for 120 kids every day. Azzolino spends the entire week with them at the camp, where the kids get to play on a beautiful green space overlooking the Pacific Ocean. “At night, the kids build campfires, and they do improv for everybody to watch,” he told me. “They compete for which group has the best skit.” 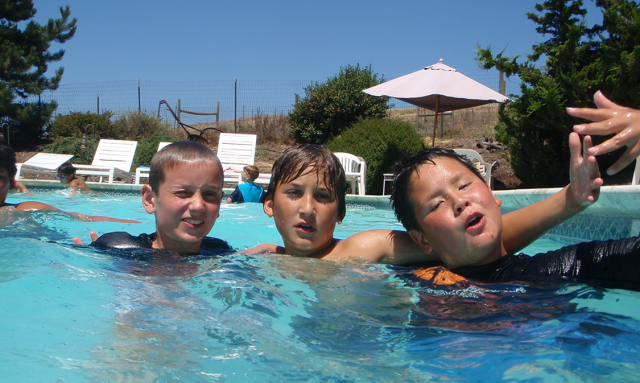 Aside from his fierce dedication to the Salesian Club, Azzolino loves the work. “For me, the award dinners, the cioppino feeds, and going down to the camp and feeding the kids–it’s fantastic. I love it, it makes me feel good,” he says.

Azzolino seems determined to make sure every kid in the club has a childhood just as happy as his own. Last year, he even arranged for the kids at the club to use the pool at the Elks Club downtown. “Yeah, they’ve been using it all Summer,” he says with a smile on his face.

In recognition of his heartfelt efforts, last year Azzolino was named to the club’s Board of Directors. And it’s hard to imagine a more energetic booster: “It’s a great program for kids, probably the best in the city,” he explains. “They accept everybody, everyone is welcome. Everyone is family.”