As the quintessential American food city of the last decade, San Francisco, while wonderful, can be a challenge for even the most frequent diner. That’s because it’s a wealth of riches; it’s much like living in New York, where there are always so many new things happening that you just can’t keep up. Your wish list just keeps growing longer.

Being a serious eater, I have lots of favorites across San Francisco, from sandwich shops to sushi bars, from poke counters to pizzerias. And with all of the new places that are constantly opening up, sometimes it’s all I can do to get back to these trusted and treasured spots. But I do my best–wallet be damned.

Here in North Beach, for years my favorite restaurant has been Sotto Mare. With its straightforward menu of Italian seafood, perfectly fresh and cooked to order, the restaurant has been drawing hungry crowds on Green Street since 2007. Aside from its sheer authenticity, I love the place for its simple, careful preparation, and the incredible freshness of the fish and shellfish. But far and away, my favorite thing about Sotto Mare is the salmon. 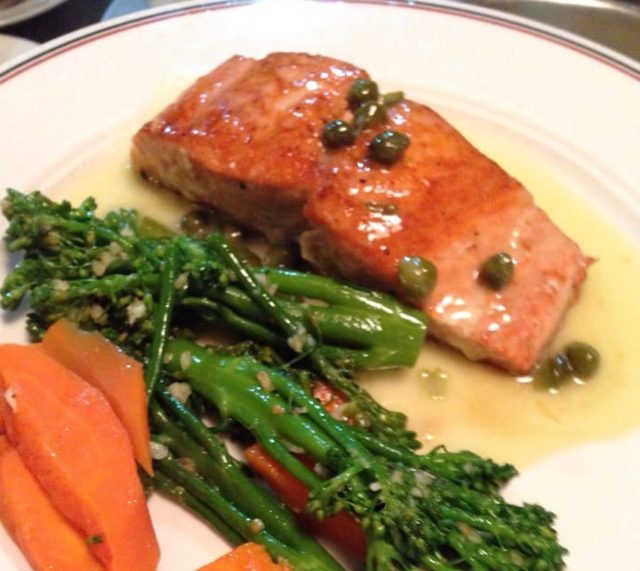 And in case you haven’t heard, Northern California’s salmon season started just a few weeks ago, and it’s about to hit full stride. That means one thing for lovers of the pink-fleshed delicacy: Jackpot. Rich Azzolino, Sotto Mare’s owner, has had local salmon on the menu since Day One, and reports from the fishermen say the moderate forecasts that were released earlier this year were low–meaning there’s likely to be plenty  of the prized fish this season.

This couldn’t be better news, for fishermen and local gourmands alike. At Sotto Mare, salmon is one of the most popular catches on the menu, and there’s no mistaking why. It may sound oversimple, but the chefs here just know how to handle a piece of fish. So when you ask for it medium-rare (which I definitely recommend for salmon), you get it that way. Just kissed by the grill, luscious and moist. I like a little bit of lemon-garlic-caper sauce on the side. I’m a creature of habit, and this is my order at nearly every visit. Sublime. 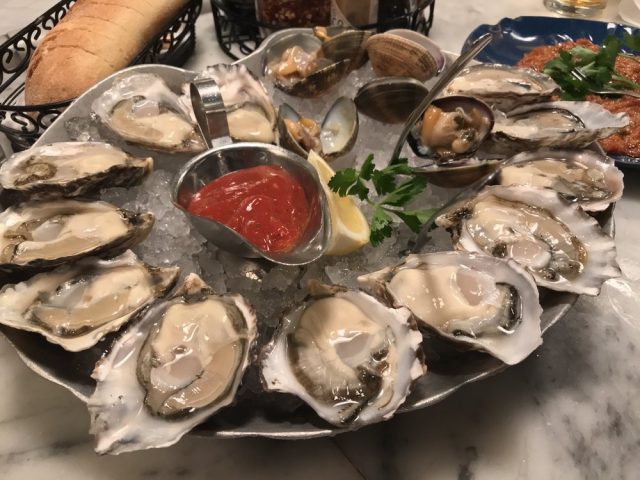 On a recent visit, I asked Rich where he gets his salmon. “Where do I source it? A couple of different guys down around Half Moon Bay,” he told me. “I buy it directly off the boat from the fishermen.” Maybe it’s just me, but one gets the sense Rich keeps the names of these fellows close to his chest. And wouldn’t you?

And in case you prefer to cook it yourself, don’t forget Sotto Mare sell fresh filets of local salmon–along with the rest of the day’s catch–right out of the cooler behind the counter. Either way, you’re in for a treat. Buon appetito, and see you in The Beach!