It’s undeniable: there’s just something about the pleasure of wearing new clothes. Anyone who has ever been on an important interview (or an equally crucial date) can attest to the truth of the cliché. Clothes do make the man, and there is a certain ineffable confidence that comes from taking the time to look our best. We somehow stand taller, our backs slightly straighter, whenever we don our Sunday finest.

Bespoke clothing takes this satisfaction to an entirely new level. When you wear a piece of clothing that has been created especially for you–precisely fit to your measurements by a professional–the pleasure is a different one. Custom-made clothes are beautiful clothes, but better. Having always bought my clothes off the rack, for me the experience is a unique personal luxury.

I’ve known Al Ribaya, longtime proprietor of North Beach’s Al’s Attire, for close to a decade. We started working together earlier this year, when he agreed to recreate a favorite pair of boots that had fallen on hard times. A six-year-old pair of black John Fluevogs that had seen more than their share of the road, these babies had already been consigned to the dustbin. But when I presented them to Al, I was thrilled at the prognosis: not only could Al recreate my best boots, he could also refurbish the old pair, and bring them back to life. 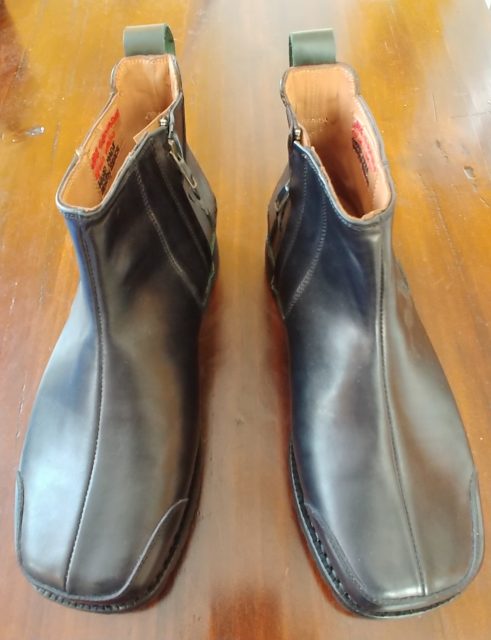 It seemed almost too good to be true. Although the fitting would be a bit pricey initially, that only needed to be done once (Al keeps your mold in store for future jobs). And I knew that once the work was finished, I would have two pairs of my favorite boots. Sign me up!

The experience was beyond a good one. As we went through the process, I learned a lot about Al Ribaya; he was the kind of artisan who taught you something about his field with every conversation. As much as anyone I’ve met, Al truly lives and breathes his vocation. He can take one look at what you’re wearing and know instantly if it’s custom made, and tell you things about your clothes that you probably never suspected.

Now, being completely enamored of my new shoes (both pairs!), it wasn’t long before the subject of suits came up. By habit I’m a casual dresser, and it isn’t often that you’ll see me in a suit. But I had seen enough of Al’s work, and knew that this suit would be something special. So once again I signed off, and we quickly got to work. After an exhaustively thorough fitting (something akin to an Army physical, sans cough), Al had all of my measurements–and it was time for the fun part to begin. 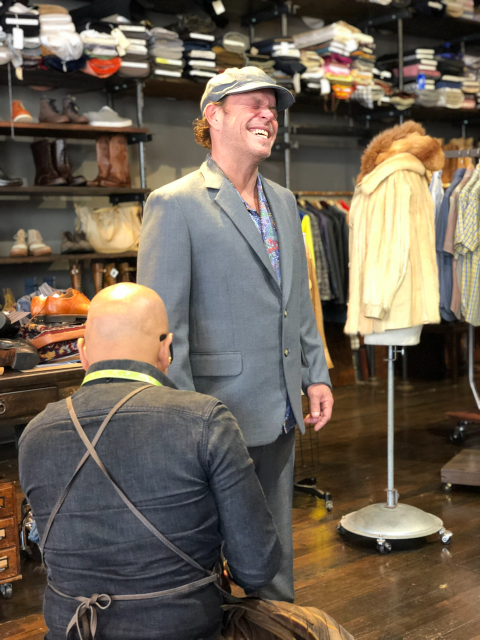 Al cracks wise as he puts the finishing touches on my suit. | Photo: Al’s Attire

After I decided on a medium grey for versatility, Al showed me at least a dozen different swatches of wool, espousing the hidden virtues of each. I ended up choosing a fabric with a particularly luxurious weave; Al seconded my preference. Silly me: I thought this was one of the only choices I would have to make.

But alas, we were just getting started. I pored over 100 different buttons; I sorted through a dozen dozen various linings; I learned what a working cuff was, where it came from and why it was important (Editor’s note: a working cuff, also called a surgeon’s cuff, is one with working buttonholes which allow the sleeve to be rolled up for working purposes. More on this later).

By the time we had finished making choices, I’m guessing I was as excited about a piece of clothing as a person can possibly be. This suit was going to be magnificent, and I could not wait until it arrived. As the delivery date approached, I realized I would have the opportunity to debut my new suit at a close friend’s wedding in Sonoma. Ideal!

A garden of delights: wandering among the finery at Al’s Attire. | Photo: Al Ribaya

After a few weeks, the call came: the Suit was ready. As it happened, the timing was perfect, and I would have just enough time to go in for final alterations before the ceremony (Al is pretty fussy about these things). And  as you can see from the photos, the final product did not disappoint.

Of course, as one might expect, the completed suit could not have fit me better. But that was only the beginning: from the secret pockets, to the ultra-luxe lining, to the unique decorative stitching on the underside of the collar, my suit was utterly perfect. Everything was right on time for the wedding–and between you and me, the only one looking better than me was the bride (Cheers, RaeLynn!).

So, if you’re in the market for a suit (or if you’ve never had something made just for you), I encourage you to make a visit to Al’s Attire. Take a look around first, and get a feel for what they do. And if you have the chance to talk to Al, do yourself a favor and share your wishlist with the man. Because the holidays are coming–and when it comes to your closet, I wouldn’t count on Santa Claus.

I mean, look at what he wears.