When I relocated to Manhattan from San Francisco nearly twenty years ago, it was a move I made with some ambivalence. I wasn’t keen on the winters, and until I got to know New York, it just seemed like a big, scary place. One of the chief attractions that finally drew me there, career considerations notwithstanding, was the food.

I’ve always been somewhat of a foodie, and my time spent in San Francisco had opened my eyes to things I never knew existed. So when I got to New York, I hit the ground running. My office was in Soho, right in the center of the downtown scene, a neighborhood jammed with food options of every variety. It took a while before my budget caught up with my appetite, so naturally one of my first obsessions was New York-style pizza.

Pizza is different in New York. You can get slices anywhere–I’m talking about hundreds of pizzerias, just in Manhattan alone–and most of them are better than average. Some serve among the best pizza you’ll find anywhere. But everyone knows, to get the best of all you’ve got to ante up for the whole pie. And one of the very best, I quickly learned, also happens to be America’s first: Lombardi’s Pizza opened on Spring Street in 1905, and they’re still turning out pies today.

Happily, my office was a block away from their address, so I got more than my share of that pizza over the years. Lombardi’s was my first experience with coal fired pizza, and I quickly fell in love. I did a lot of food exploration in New York, and I tracked down world-class slices in every borough. But when time came to sit down for a pie (as anyone who ever visited me in New York can attest), it was almost always Lombardi’s. 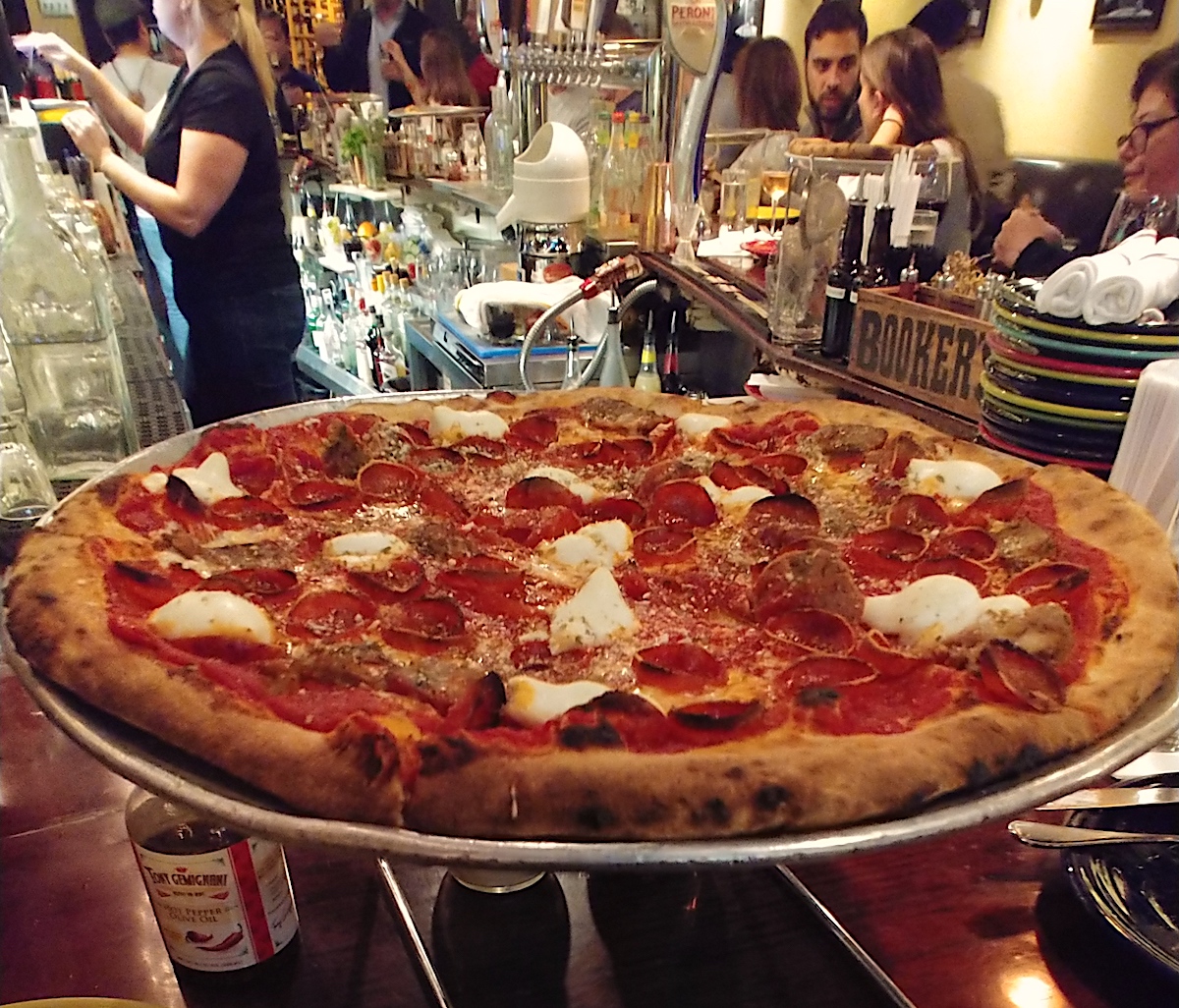 In All Its Glory: the Coal Fired New Yorker sits atop the bar at North Beach’s  Tony’s Pizza Napoletana. | Photo: Joe Bonadio

When life returned me to San Francisco eight years later, it was a different place. The pizza scene here had been relatively empty when I left, so I prepared to take solace where I could find it: namely, Mission burritos. This proved a sound strategy, and I quickly figured out the taqueria circuit.

But pizza is an irresistible force. And upon returning to San Francisco, I was fortunate enough to settle in Italian-inflected North Beach. I had barely arrived when word began to spread that we had a serious pizza guy moving into the ‘hood: Tony Gemignani. People were skeptical (as people are), but there’s no denying, anticipation was high. Other than Golden Boy (and I’ll steer clear of that debate for now), North Beach didn’t have much in the way of pizza. And that didn’t seem quite right, not in a neighborhood with such a prominent Italian streak.

Of course, the end of this story is the part that everyone knows: Gemignani dropped his epic pizza experiment,Tony’s Pizza Napoletana, right in the middle of our little Burg. You just can’t get any luckier than that. Today, nine years later, even the most diehard naysayers have come around, and the line outside shows no sign of flagging. Tony’s Pizza belongs to North Beach now–and it has evolved into what may well be the best pizzeria in the United States.

I know that’s a strong claim. But who else tackles thirteen different regional styles of pizza at one restaurant? The guy lights up seven different ovens, six nights a week, and recreates an encyclopedic pizza menu that grows every time inspiration strikes. And lest I fail to mention, it’s all fantastic.

Speaking of fantastic, Tony just won a world pizza championship in Portugal last month, at an all-star event that pitted him against heavy-hitters from across the industry. Incredibly, this marks Tony’s thirteenth world pizza title. (And early next year, we’ll be able to order the winning pie: created to pair with a twenty-year-old Croft port, it combines Grande mozzarella and Topo São Jorge cheeses, Portuguese chorizo, ‘Nduja salame, microgreens and a ‘crema’ made with the aged port. The combination was enough to beat a group of the best pizza chefs in the world.)

But the pizza I’m here to talk about is Tony’s Coal Fired New Yorker. Every time I eat it, this pizza brings me back to Lombardi’s, and their fragrant, blistered pies. I haven’t been there for years, but I can still remember the taste of those transcendent pizzas. Bless my luck, I can still get that flavor–and just a few blocks from my apartment. Yep, Tony’s Pizza Napoletana turns out a pie that’s almost identical to Lombardi’s–and is probably even better. And you don’t have to get it with all the meat (though I recommend it highly); the Original Tomato Pie with Cheese version will knock your socks off.

So treat yourself for the holidays, and get over there and eat this pizza. Every day but Tuesday.