This week we read in the news that 2012 presidential hopeful Mitt Romney has filed paperwork in preparation for a 2016 presidential run, with Paul Ryan listed as his running mate. Coming in the wake of a string of primary victories for Donald Trump, this development has lent weight to rumors that the GOP plans to scuttle the Trump campaign by nominating an outside candidate at the convention. After watching the way the Fox moderators came after the frontrunner at last week’s Republican debate, this should come as no surprise. The mainstream Republican party is at war with the Trump campaign, and they are prepared to do anything to derail his candidacy. 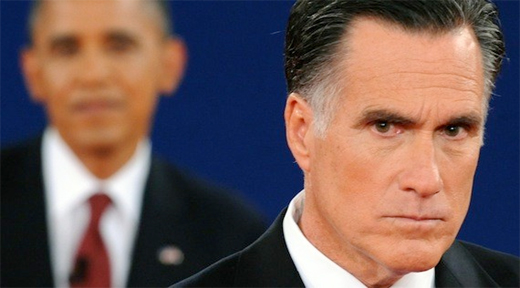 As many have pointed out, it’s still a longshot at this point: there hasn’t been a deadlocked GOP convention since 1948, and that was before the advent of primaries (Thomas Dewey was nominated on a third ballot, before going on to lose to Harry Truman in the general election). But the party seems to be taking steps to  prepare for the specter of a Trump nomination; Karl Rove wrote about the possibility in an editorial for the Wall Street Journal as far back as November 4th. The media hounds have been sniffing around Romney ever since, and he hasn’t been entirely convincing as a non-candidate; he has announced plans for a “major speech” on the 2016 campaign, to be given tomorrow at the University of Utah. It’s unlikely that Romney will jump into the race tomorrow, but he also doesn’t seem prepared to step aside. We’ll see, but one gets the sense that the 2016 campaign is a matter which Mr. Romney has yet to dispense with.

Unfortunately, this troubling disregard for the will of the electorate is not confined to one end of the partisan divide. It’s true, in some ways the Democratic party has distinguished itself in this election cycle; the lively, substantive debate between Hillary Clinton and Bernie Sanders has provided a stark contrast to the embarrassing mud fight we’ve seen from the Republicans. However, when it comes to the will of the voters, the Democratic party establishment doesn’t seem to be playing it much straighter than the GOP.

If you’ve been paying any attention to the debates this year, you may have noticed there weren’t many: The DNC, chaired by Clinton loyalist Debbie Wasserman Schultz, scheduled just six official debates for this campaign season. By way of comparison, when Obama first ran in 2008, there were twenty-six. (DNC Vice Chair Tulsi Gabbard, a rising star in the Democratic party, resigned her post to support Sanders just last week). It’s no secret: the DNC (and to a lesser extent the mainstream media) has been in the tank for Hillary since the beginning of the campaign cycle, and by limiting the number of debates, the DNC has effectively curtailed Sanders’ national television exposure.

For another example, look at the uniformly misleading reporting on the delegate contest between Clinton and Sanders. By reporting the superdelegates as a part of Clinton’s overall delegate count without explaining to viewers that those super delegates can and will switch to whoever wins the primary race, the media has created a false belief that Clinton is way ahead of Sanders in delegates. In reality, there are roughly 200 delegates separating the two, out of nearly 3,500 that remain to be won. I’ll say it again: the 712 super delegates don’t actually matter, because they will ultimately side with the winner of the primary battle (as they did in 2008). But the media lumps them in with Clinton’s numbers anyway, making it seem as if Senator Sanders is about to be clobbered out of the ring. Just like ’Bernie is unelectable,” this claim is a canard: a fanciful and oft-repeated lie. It is not so.

To be sure, it’s a distressing state of affairs. The mainstream elements of both of our major parties are facing the same problem: an angry electorate, resulting in candidates that are as deeply inconvenient as they are popular. And sadly, Democrats and Republicans are dealing with the problem in largely the same way: by subverting those popular candidates in any way they can, and tilting the playing field to promote their ‘preferred’ choices.

As discouraging as this may be, there is one surefire remedy: participation and voter turnout. As conscious citizens, we all have to  recognize these deceptions for what they are. Despite what the pundits and commentators say, the race isn’t over yet – it’s only just beginning. Talk to your friends and family. Pay attention to the race, the coverage and most importantly the candidates. This is a very important election, in so many ways.

Let’s all show up for this one, what do you say?