Born Arabella Ryan in 1832, Belle Cora was the daughter of a Baltimore minister and a doting mother. She rose to become one of San Francisco’s most celebrated madams. Along with her paramour Charles Cora, Belle  opened her first San Francisco parlor house on Washington Street in what is now Chinatown in 1852. Lavish and opulent, the Cora House had no rival anywhere on the 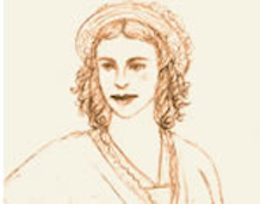 West Coast, and was said to be as fine as any residence in San Francisco. Customers, many of the city’s most prominent citizens among them, were treated like visiting royalty, enjoying the finest champagne and hors d‘oeuvres along with their choice of the city’s most beautiful women. Belle was also celebrated as the most well-dressed woman in San Francisco; with the dashing Charles at her side, Belle Cora was the picture of success.

But there was change in the wind. During the height of the Gold Rush, gambling and prostitution were part and parcel of San Francisco business, but as Belle was soon to find out, the only certain thing in San Francisco is change. For the full story, visit the Belle Cora website.

This is the first in a series of articles examining the fascinating people and places that make up the richly storied history of North Beach and The Barbary Coast.