San Francisco loves its restaurants, and that’s no secret. Our eateries, from the grandest to the most humble, are a fundamental part of our lives, and have for decades been a cornerstone of our city’s identity. And seven weeks into the Bay Area’s unprecedented Covid-19 lockdown, our restaurants are scrambling to cope with the radically altered landscape.

The hospitality business was pretty volatile in San Francisco to begin with, so unsurprisingly, restaurants’ responses have been all over the board. Some establishments have closed permanently, a few of them within just days of the lockdown. But others are doing whatever they can to pivot to the new reality, hoping like all of us to make it to the other side of this crisis. 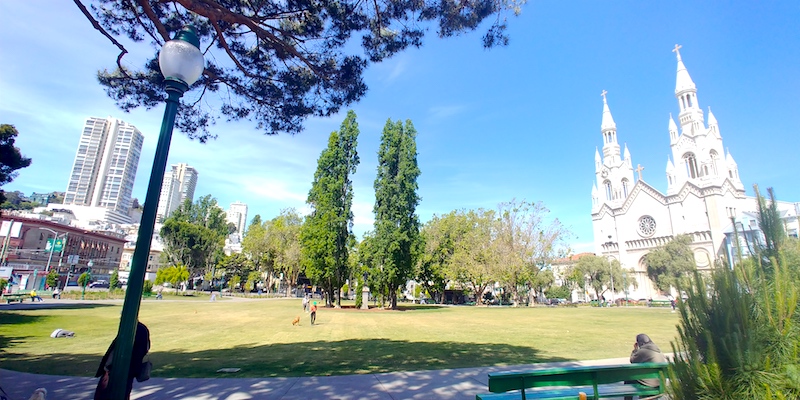 There are some positive signs on the horizon though: California, Oregon and Washington are working together on plans for reopening the economy. And widespread testing began last week in the Mission District and Bolinas, two relatively disparate communities, seeking data points that will help us better navigate this ongoing crisis. That being said, yesterday Mayor Breed indicated that the shelter-in-place order will extend through May—so we’ve got a long way to go.

I spoke with a handful of North Beach restaurateurs this week, asking them how the crisis and resulting lockdown has affected their businesses—and what changes they see for the industry in the weeks and months ahead.

Pete Mrabe operates several bars and restaurants in San Francisco, including popular mainstays Chubby Noodle and Don Pisto’s in North Beach. And like all restaurants in California, they’re closed for in-house dining. But Mrabe is staying positive.

“It forces you to get creative. We’ve moved all of our delivery menus into one location,” Mrabe says. “We’re offering simpler menus of our top sellers, and trying to focus on what we do best.” he says.

Naturally, Mrabe is looking forward to things ramping up again. “We’re going to reopen really strong, and focus on those things that our guests like most about our places,” he says. “Am I nervous? Not at all.” 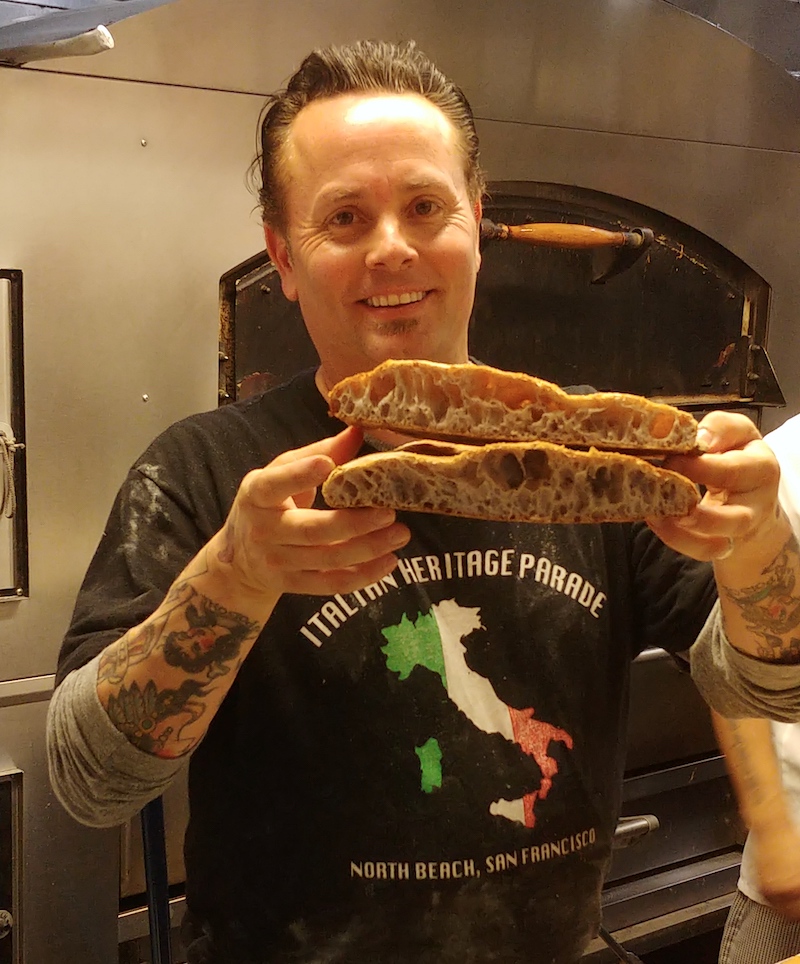 Tony Gemignani shows off his crust profile at his Int’l School of Pizza in early March. | Photo: Joe Bonadio

Another of North Beach’s biggest stakeholders is Tony Gemignani, whose Tony’s Pizza Napoletana (along with Capo’s, his Chicago-style restaurant a block away) has become a central hub of the neighborhood. “It’s different for me, because I’ve got so many different concepts—from a 900 square foot place to a 9,000 square foot restaurant,” Gemignani says.

“It’s affecting us anywhere from a 75% loss to a 15% loss, depending upon the location.”

I think the delivery arena is going to be much stronger in the future. –Tony Gemignani/Tony's Pizza Napoletana Click to Tweet
“The Walnut Creek Slice House is actually doing pretty well. But then you look at [Pizza Rock] downtown Sacramento, next to the capital and the convention center and hotels—there’s nobody around.” Gemignani says. “Slice House in North Beach has been able to maintain okay. But the loss of dine-in when you have 100 seats, it’s hard to make up for that.”

For Gemignani, the silver lining has been reserved for Giovanni Italian Specialties, the Italian market named for his son, located just around the corner from his flagship restaurant on Union Street. “Giovanni’s is actually busier. Out of all my concepts, that’s the one that has been up. It’s a retail shop, so people are buying their groceries there.”

When asked how he thinks the crisis will change the restaurant business, Gemignani doesn’t mince words. “I think the buffets, like Sweet Tomatoes and similar concepts, will have to either transform their models or perish,” he says. “With social distancing, you’re going to see bar seats not so close together. You may see tables further apart. Sort of like it was on the last night we were able to serve—some of that was already taking place.

“And I think the delivery arena is going to be much stronger in the future.” 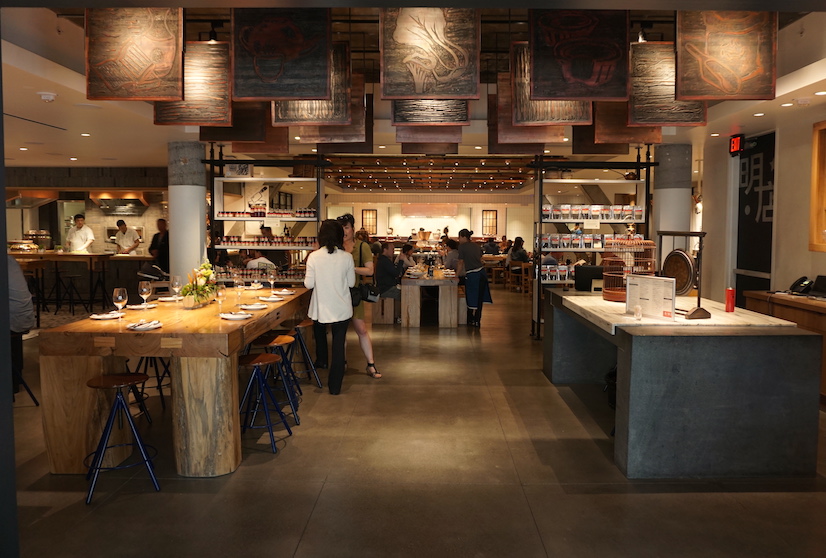 China Live and its elite sibling Eight Tables changed the game for Chinese dining in San Francisco when they launched in 2017. | Photo: Joe Bonadio

One neighborhood restaurant that felt the pinch even earlier than most was China Live, the $20 million Chinese food emporium that landed on Broadway just over three years ago. The brainchild of longtime Bay Area restaurateurs George and Cindy Chen, China Live is a 30,000-square-foot giant encompassing two distinct restaurants, two bars and a fully integrated retail area.

George Chen, also the chef behind San Francisco’s legendary Betelnut, is accustomed to serious challenges, and he is blunt in his assessment. “I said at the very beginning it was going to be an armageddon….and I was right,” he says.

“It’s very tough, because there’s so much uncertainty. But we don’t want to go dark, because once you go dark it’s very tough to reopen,” Chen says. “We do a decent to-go business, meanwhile. The people that are ordering are our regular customers, which we love, and they’re ordering our favorites.

“We are anticipating a June opening, and planning for that. We are changing the layout of the tables for more distance,” Chen explains. “We’re designing for that right now. We have a large space with several floors, so we can spread people out.” 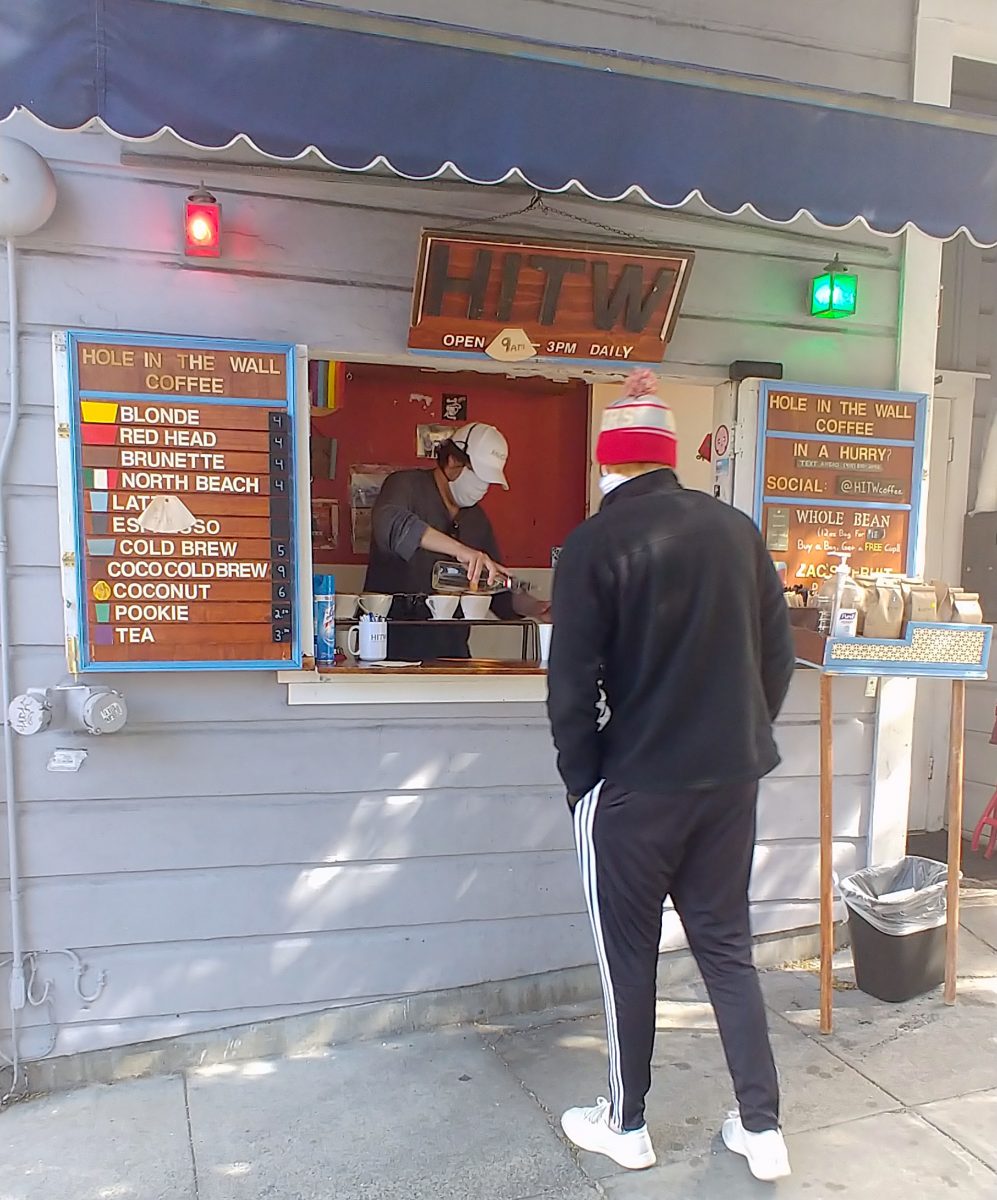 Nick Floulis observing proper guidelines as he serves a customer at Hole In The Wall Coffee in North Beach. | Photo: Joe Bonadio

Another North Beach figure who is no stranger to the restaurant business, Nick Floulis was part of the team behind Chubby Noodle, and has helmed Hole In the Wall coffee on Union Street for the last seven years. Floulis also co-owns Lillie Coit’s, a long-anticipated bar/restaurant project, with partner Elmer Mejicanos, Bar Manager at Tony’s Pizza Napoletana. Yet to open, the Lillie’s space, formerly home to the storied Washington Square Bar & Grill, is now completing an extensive buildout.

We spoke right outside of Hole In The Wall, where my questions were often drowned out by the James Brown, which flows as reliably as the coffee. “Besides the elephant in the room of occupancy and seating, and what guest counts in your facility are going to be, you’re going to see even a bigger leapfrog into delivery,” Floulis says.

“But hopefully, if the ABC allows restaurants to continue delivering alcohol, you’ll see restaurants and bars that used to have a nice incremental business—like say, beans at a coffeeshop, or a special retail item, like a chef’s hot sauce—I think you’ll see an explosion of those things as being a new revenue source for people,” he says. “There is likely to be a lot more creativity in that category.” 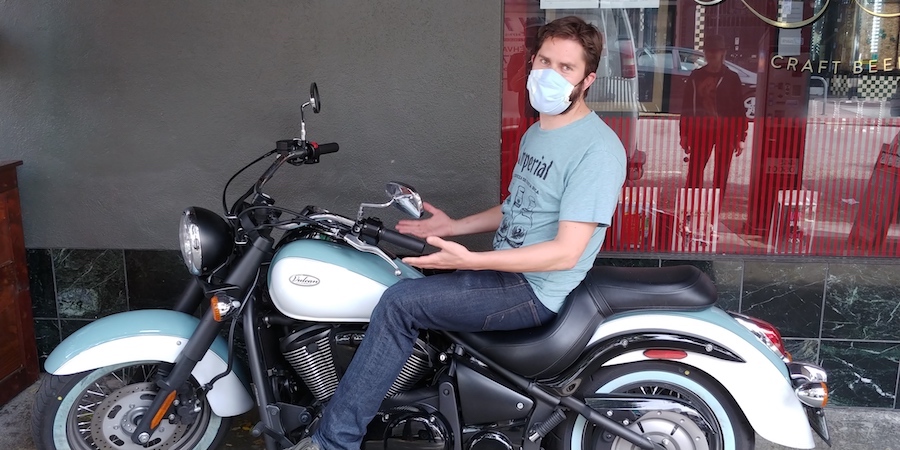 Nils Marthinsen, who has owned wine bar/restaurant Belle Cora on Green Street for nearly five years, has hurtled his share of obstacles since opening up shop. He wasted no time when the crisis began, jumping into retail sales and introducing a new pop-up menu for takeout. Marthinsen is sanguine about the lockdown. “It has allowed us to make some much-needed changes,” he says. “We’ve partnered with local chef Matt Woods to create a pop-up kitchen….it’s been such a success that he’s staying on to completely overhaul our food offering.”

The pop-up operates out of Belle Cora’s front window, with items like housemade pasta, Thai Khao Soi soup and a toothsome burger, along with bottles of beer and wine at a 50% discount. It began as Fridays and Saturdays only, but now they’re aiming to be open every day. “Considering business has been decimated and a lot of restaurants may never reopen, there’s a silver lining for us,” Marthinsen says. “And I’m optimistic for the future.”

I’ll be back with more local news, so make sure to stop by again soon. Meanwhile, please do the right thing and follow all health guidelines as closely as you possibly can. Stay safe, and see you in the neighborhood!