The sweetest of all varieties of crab, Dungeness crab has long been San Francisco’s most beloved crustacean. Originally named for Dungeness, Washington on the Olympia Peninsula where the species was first commercially harvested, Dungeness crab can be found from Alaska‘s Aleutian Islands south to Santa Barbara. The five-legged creatures are coveted for their delicate buttery flavor and plentiful meat, and like Sand Dabs, can only be found in the waters of the Northwest.

They enjoy a long season that typically runs from November through July, and Bay Area chefs queue up every year for their share, anxious to transform it into any number of favorites: Crab Louie, Crab Bisque, Crab Cocktail, you name it. And of course, San Francisco’s venerated Crab Cioppino.

In case you just showed up recently, Cioppino is a tomato-based fish stew that combines fresh crab with prawns, clams, mussels and fish. It’s a San Francisco staple, having originated with local fishermen on the waterfront who would “chip in” part of their catch to a communal stew at day’s end. 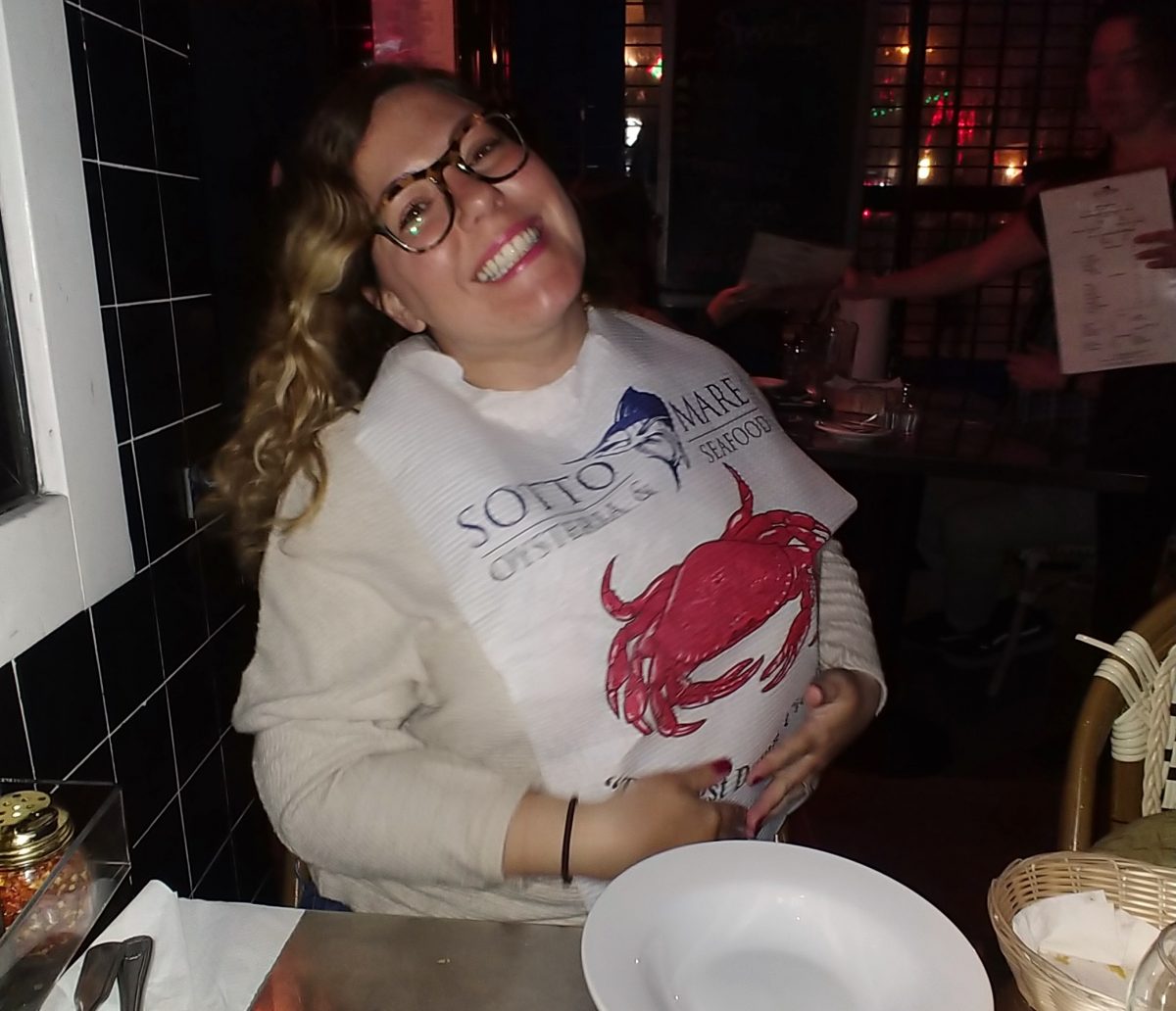 The dish is closely associated with SF, and made across the city, but there is one restaurant that is world-famous for it: North Beach’s Sotto Mare. And befitting the line snaking out the door, they aren’t exactly modest about it: just like their menu, the awning out front reads “The Best Damn Cioppino”.

To be fair, it’s no idle boast. Sotto Mare’s chefs take three days to make the unique brodo for their cioppino–and it’s Sotto Mare, so the catch doesn’t get any fresher. And the recipe goes back to owner Rich Azzolino’s grandmother, who taught him the secret over three decades ago. Enough for two or three hungry people, it’s an epic dish, and not to be missed. 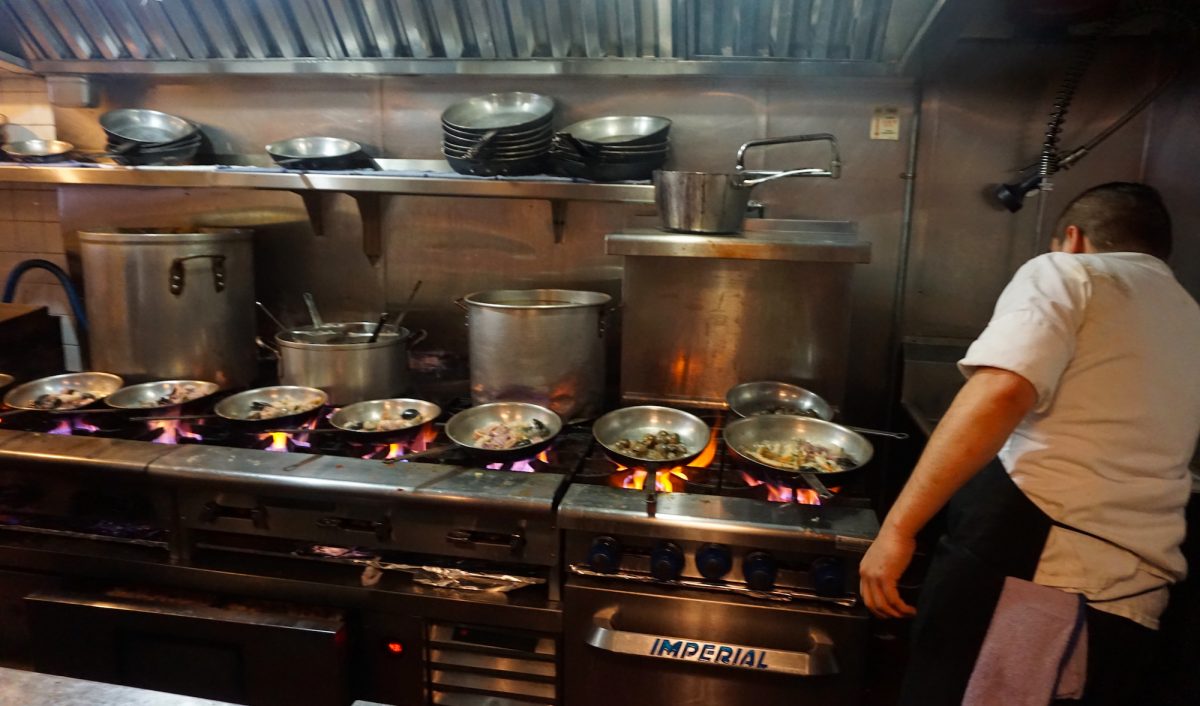 And if Dungeness is your thing, Sotto Mare has recently added a new item due to popular demand: Garlic Marinated Crab. As simple and delicious as it sounds, the dish was first served at the Salesian Boys and Girls Club Crab Feeds, which are held every year right here in North Beach. Azzolino is the head chef behind that kitchen, and he typically cooks for crowds of 600 or more. Clearly, the guy knows his way around a crab pot.

He’s also had a lot of time to get this new recipe right. And starting now, the Garlic Marinated Crab will be available every Wednesday during Dungeness Crab season, pending availability.

And in case you needed one more reason to visit the folks at Sotto Mare, we have one for you: just in time for Spring weather, the lovely Ria Azzolino has returned after several months of maternity leave. A hearty welcome back to Ria, and congratulations again on the new arrival!