Here in the San Francisco of 2016, we are fortunate to live in the abundant center of the food universe. This has been an important dining town for decades, but things have been taken to a new level in recent years: last August, Bon Appetit’s Andrew Knowlton called us the best dining city in America, and we’ve heard similar recent plaudits from Anthony Bourdain, Saveur Magazine and plenty of others in the food firmament. Yes, the magic City by the Bay has taken its place at the pinnacle of American dining, supplanting even that old warhorse, New York City—for now, of course. 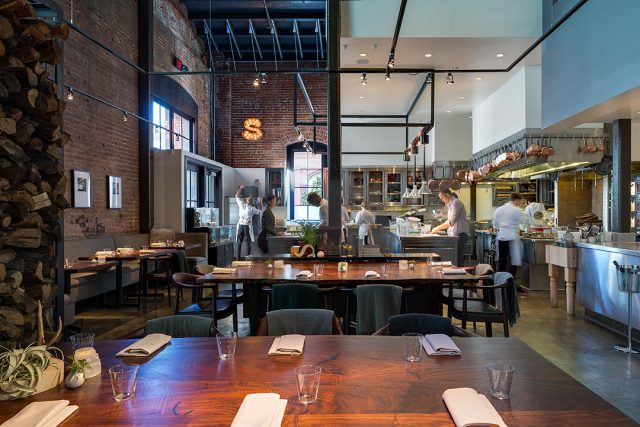 The dining room and open kitchen at San Francisco’s Saison

But alas, all the attention has taken its toll. Last month, the New York Times’ Daniel Duane raised local eyebrows with his article “Dinner Disrupted,” in which he bemoaned the effect of tech money on Bay Area dining. Citing the ballooning prices of San Francisco restaurants like Saison (which now boasts a prix fixe of $395 per person), he argues that tech excesses are poisoning our food scene, and making much of what our pedigreed chefs create inaccessible to normal working people.

He has a point. As even the Chronicle’s Michael Bauer has recently lamented, the number of San Francisco restaurants with $150+ prix fixes has exploded—and the tariffs aren’t always warranted. Significantly, the critic mentions two recent openings, Mosu and Hashiri, where the prices were actually too high to justify the three visits the Chronicle requires for a formal review. That had to hurt.

But there is a lot more going on in San Francisco dining than these rarefied perspectives might suggest. Let’s not forget, San Francisco has over 100 registered  food trucks, and there is a good reason for that. While San Franciscan eaters are known for their discriminating palates, our locals have always had the nose for a bargain, too. Things have changed in recent years, but there is still an underlying working class mentality in San Francisco, one which balks at the excessive upcharge—and $3,500 rents are not doing anything to reverse that thrifty tendency. 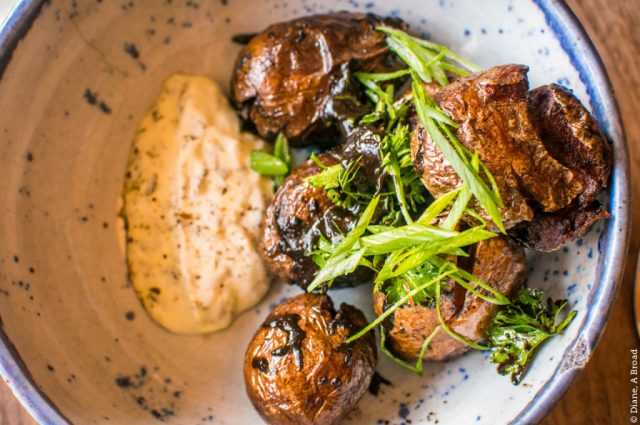 The smoked potatoes at Bar Tartine in the Mission (brunch)

We’re seeing plenty of indications that restaurateurs understand this. Just last week, San Francisco stalwarts Bar Tartine slashed the cost of their prix fixe menu by over 25%, from $78 to $58. As one of the most well-reviewed and popular restaurants in the city, Bar Tartine is in the position to command a high price, but co-owner Nick Balla sees this as the right move: “Seventy-eight was great, and it was a really generous experience for 78, but it also maybe seems more like a destination dining experience,” he explained to Eater. “We want the 58 menu to be both—really interesting, delicious, and satiating as a destination, but also an everyday or every month option.”

There are others who have seen the wisdom (and opportunity) in a more modest pricing approach. Michael Mina, one of the city’s most talented and recognized chefs, is doing amazing work at his Mina Test Kitchen, reinventing the place with a new concept every three months. And he’s doing it for $45, a far cry from what his contemporaries are asking for nearby. Likewise, the people at Trestle in North Beach/FiDi (the team also behind Stone’s Throw and Fat Angel) have turned heads with what they call a “return to the proper meal:” three courses of impeccably prepared food for $35. It certainly hasn’t held them back: they recently landed on SF Chronicle’s Top 100 list with three stars. 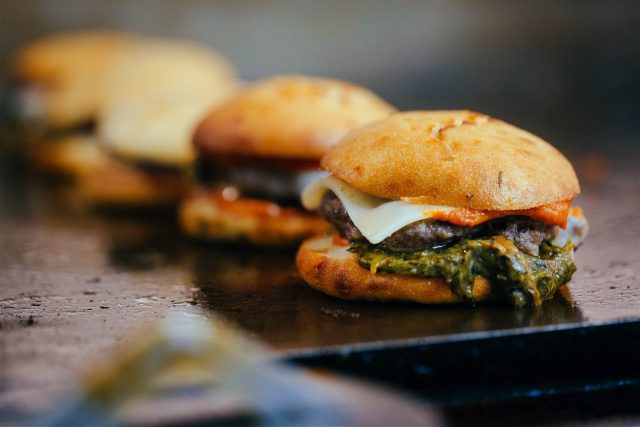 The lineup at Daniel Patterson’s Locol: the Cheeseburg

Coming from another direction entirely, Daniel Patterson of San Francisco’s Michelin-starred Coi (who was interviewed for Duane’s piece in the Times) and Roy Choi (famous for his Kogi BBQ trucks) recently teamed up to open Locol. A fast-food concept that aims to bring healthy, delicious and inexpensive choices to the food deserts of inner cities, Locol got its start in Southern California’s scrappy Watts neighborhood. They recently opened a second shop on Broadway in Oakland, and have plans for others in West Oakland and San Francisco’s Tenderloin. All items on the menu range from $3 to $7, and the reception so far has been positive.

Another welcome trend is the return of Happy Hour to the dining realm. Case in point: The Perennial, which recently opened to glowing press in the the changing Mid-Market neighborhood. Known for their all-encompassing dedication to sustainability, they are also sensitive to their patrons wallets, and this was reflected in their menus from day one. They offer 50% off their featured cocktail every day, along with discounted drafts and inexpensive small plates like a corned beef burger (meanwhile, their 4-course menu comes in at a sober $59). Likewise, Bar Agricole, Gaspar and ICHI Sushi all offer great specials for Happy Hour, and there are new spots popping up all the time. 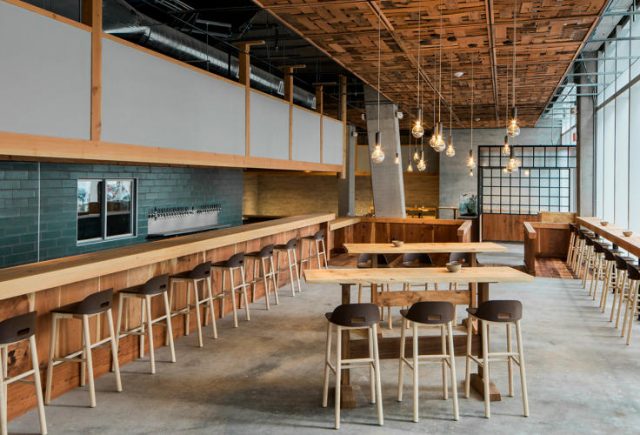 The stylish dining room at recent Mid-Market arrival The Perennial

All things considered, our restaurant scene in San Francisco is pretty healthy, if oversaturated—and ok, just a tiny bit pompous. There are a lot more choices, quality is at an all-time high, and we’ve got more culinary talent working in the Bay Area than ever before. And judging by the $8 cochinita pibil burrito that I just discovered on Broadway a mere 5 blocks away from my North Beach apartment, there is no immediate need to panic. (BTW, if you want to know where I got it, you’ll just have to go here and walk next door—Panucho’s isn’t listed yet).

I’ll be posting regularly here about food, local history and events—and plenty of other things. Make sure to subscribe to the Joe Content newsletter on this page, and come back soon for all the latest. Cheers!