I love nice clothing of all sorts, but for me there’s nothing quite like a good pair of shoes. No other single element of style makes more of a statement—or inspires the same level of loyalty among the fashion inclined—than the right footwear. Shoe lovers have long been notorious for their single-minded fervor, and it only makes sense: shoes are the foundation that literally connects us to the ground. And while most of us change our shirts and skirts every day, it’s not uncommon for people to wear the same pair of shoes day after day. 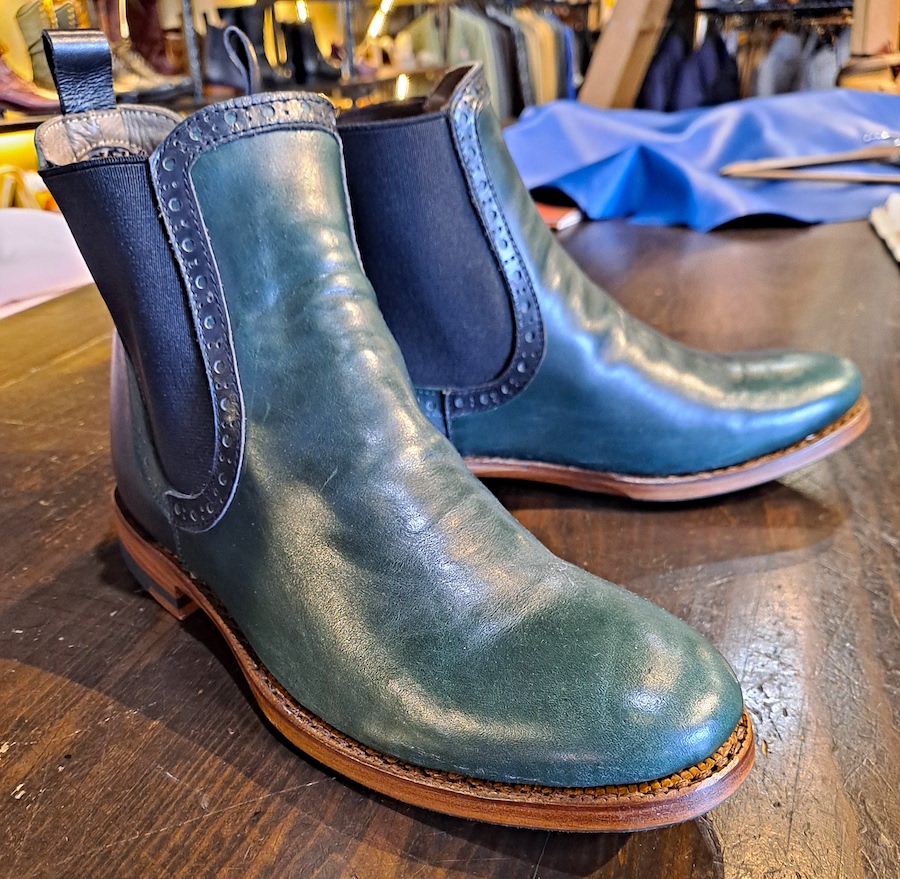 When it comes to shoes, Al’s Attire in North Beach is simply unbeatable. | Photo: Joe Bonadio

As a result we inevitably get attached to our favorites, and it’s often very tough to part with them. Admittedly, I’ve worn many a pair well past their rightful expiration date for just this reason. Some years back I brought one example, a particularly wrecked pair of black boots, to my friend Al Ribaya of Al’s Attire. Mind you, if I had worn these boots three times I’d worn them a thousand, and I only brought them to Al so he could see what I was looking for. 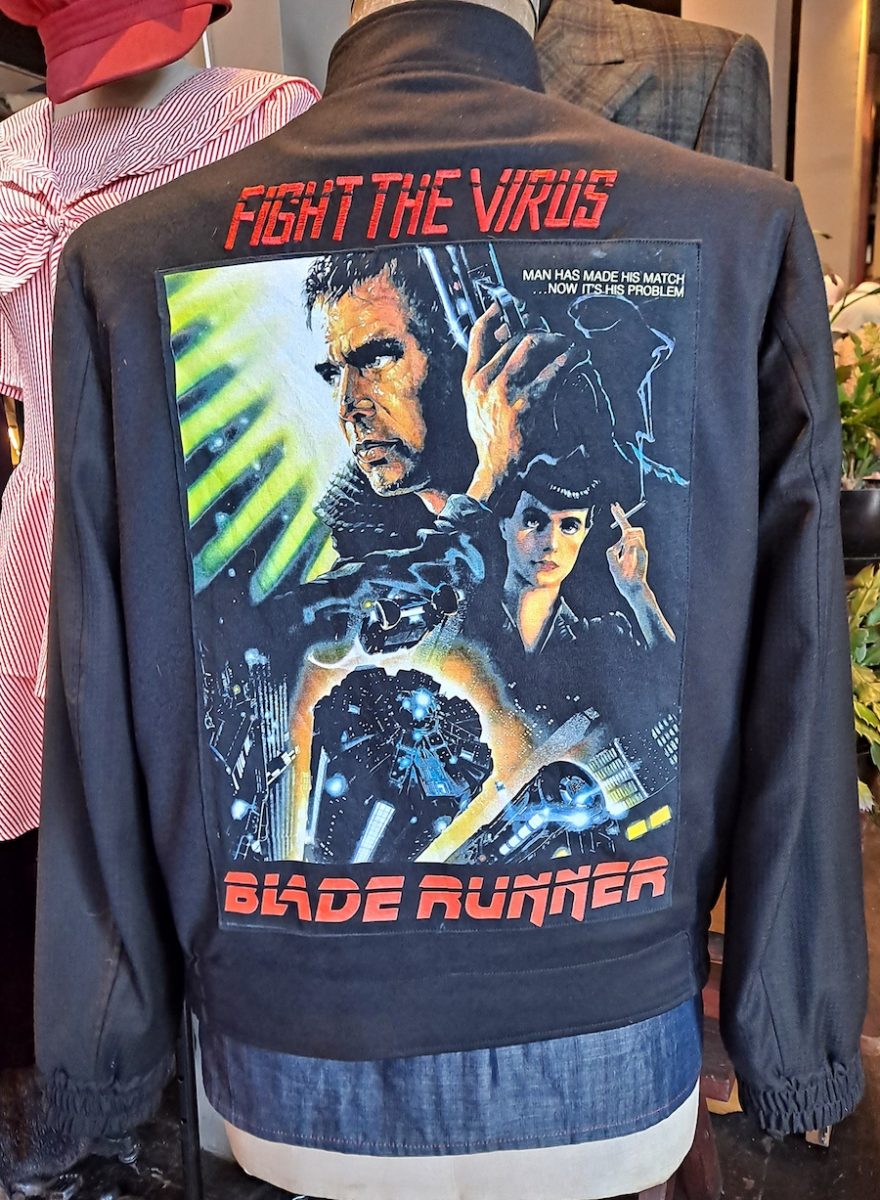 Just one design from the popular ‘Fight The Virus’ line at Al’s Attire in San Francisco. | Photo: Joe Bonadio

Even though these boots were literally in pieces, much to my surprise, Al took one look and told me that not only could he remake them, he could repair them too. And so, a little over a month later, I found myself in possession of not one, but two pairs of my favorite boots. One pair brand-new and custom-fitted, the other original and vintage. 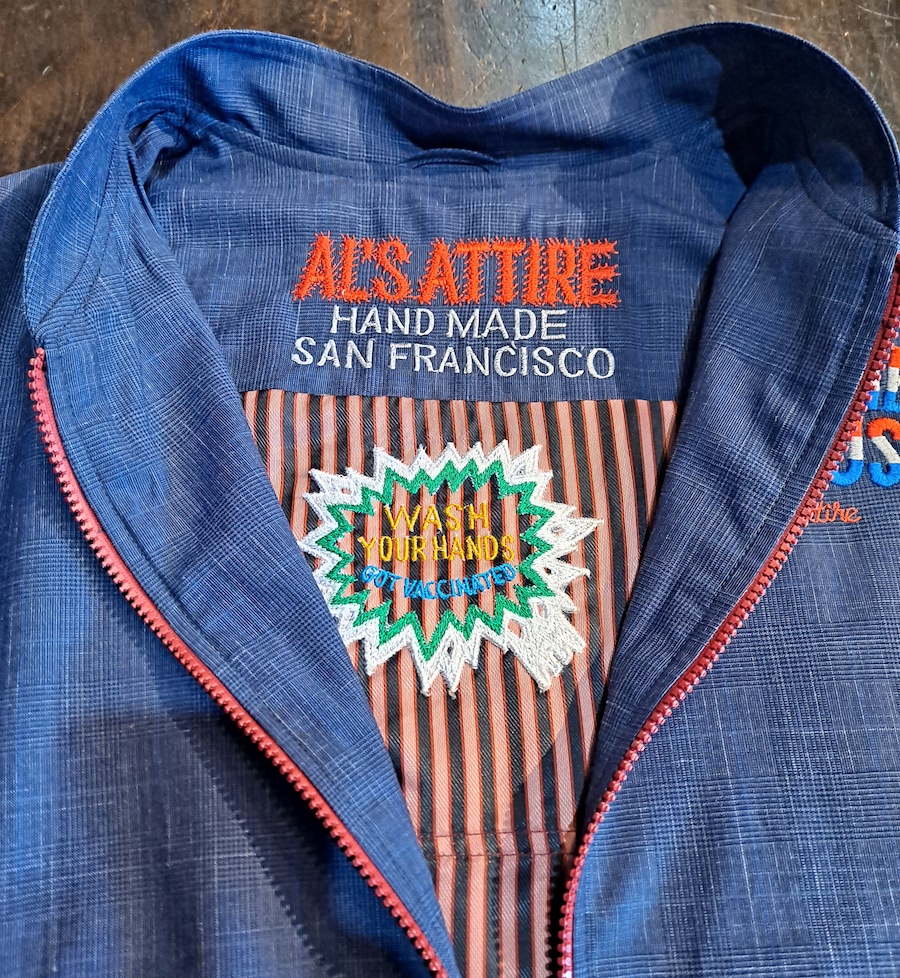 No matter what you’re looking for, chances are Al’s Attire can make it just for you. | Photo: Joe Bonadio

Just that quickly, I was hooked. Since that day Al and his talented team have created a host of nice things for me, lucky fellow that I am. They’ve also resized and refurbished two of my old jackets, both of which I had stopped wearing. Now they’re both back in the regular rotation—and they look better than ever. It’s great to get something brand-new, but it’s a special pleasure getting compliments on items purchased nearly 20 years ago.

Al has been doing his thing on Grant Avenue for decades, and over that time he’s amassed a near-fanatical fan base. One of those fans is Mayor London Breed, who stopped in to Al’s Attire just last week to show her official appreciation for his work. On behalf of San Francisco, Mayor Breed presented Al with a certificate of honor for his outstanding contribution to the business community and culture of North Beach and the city at large. 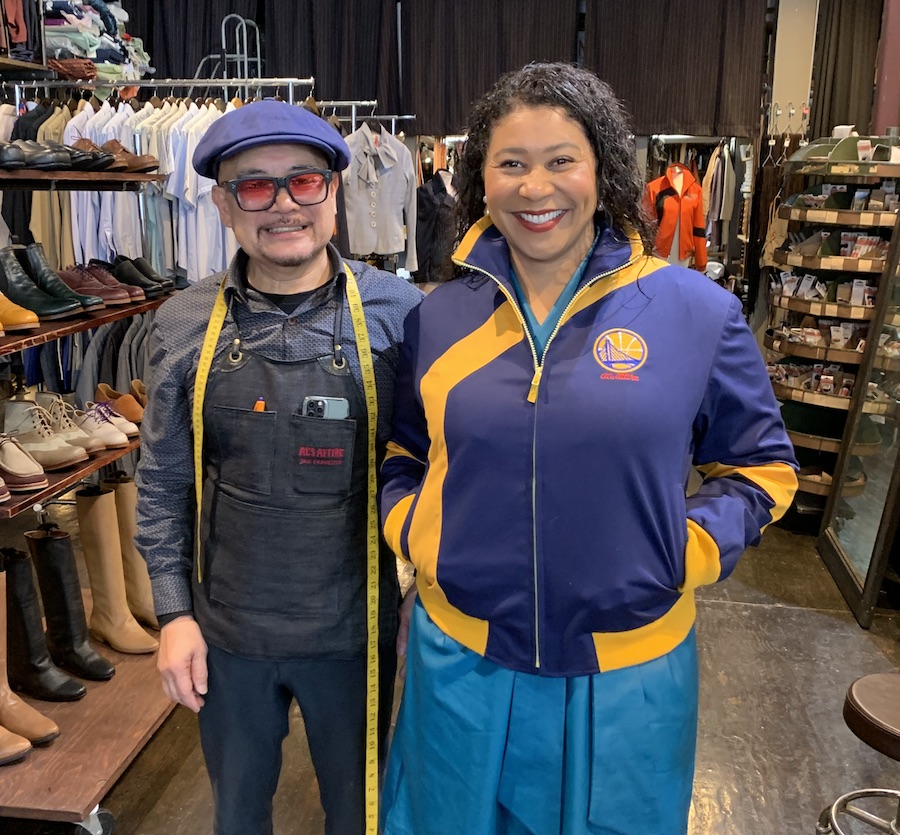 While she was there, the Mayor, being a sensible woman, also picked up a little something for herself: a smart new Golden State Warriors jacket. Much like Al, the Mayor is a big fan of the Dubs—and now she’s got some fresh blue and gold to wear to their games. Just in time for the playoffs, of course. 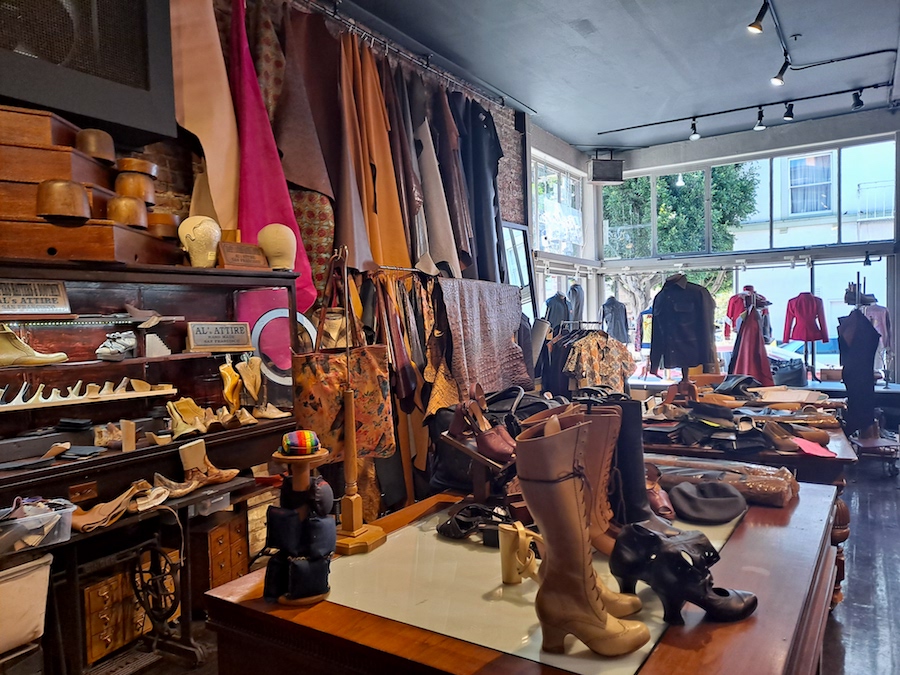 I spoke to Al in his shop the day after Mayor Breed’s visit, and he was all smiles. “It’s always nice to get some official recognition for our work,” he told me. “We’ve gotten a few things like this over the years. But for us fashion means hard work, and we’re always happy for the attention.”

Whether you’re a fashion plate or just looking to up your game, if you haven’t yet been to Al’s Attire, this singular shop should be at the top of your to do list. Enjoy, and I’ll see you in the neighborhood!

Located at the corner of Grant Avenue and Vallejo Street, Al’s Attire sits directly opposite Caffe Trieste in North Beach, and is open to the public from 12-5 every day.