Microfinance gets a lot of press these days, for good reason. It is a powerful tool that puts financial resources in the hands of the poorest, and the impact of microfinance has been shown to transform impoverished communities. It is a simple matter of scale: in the past, when a businessperson wanted to borrow money to grow his enterprise, the amounts accessible were in the thousands. For someone living on $2 a day, such figures are incomprehensible; an impoverished farmer looking to buy a new plow might need $200, and until recent years, there was no business that would lend such a small amount. Unless the farmer (or teacher, or carpenter) had a family member to turn to, he or she would simply go without. 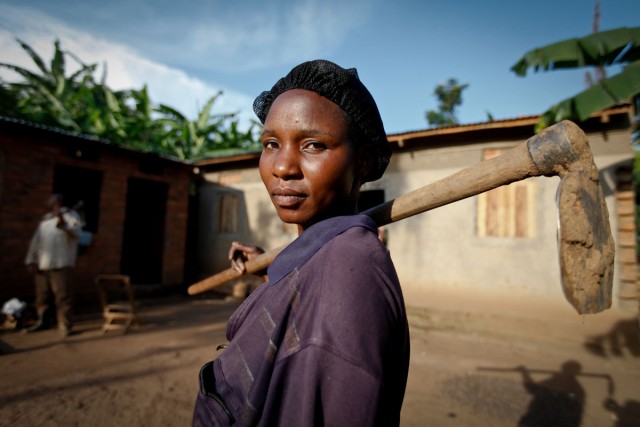 Microfinance breaks that barrier, bringing financial services to the people who need them the most. David Simms of nonprofit Opportunity International has seen the positive effects of microfinance across the world. His organization has brought microfinance services to more than two dozen countries, and Simms recently sat down with Wharton’s Tyler Wry to talk about what they’ve accomplished, and what lies ahead.

“One of the things about the power of the operating model is that we start small. The average first-time loan is around $180, so it’s a small amount of money,” he explains. “It’s put into a group setting where people are mutually supporting one another, they’re guaranteeing one another, so the repayment rates can be supported because others in the community make sure that the business succeeds.” As a result, repayment rates are astonishingly high. “Our repayment rates across the globe are 98% to 99%. I spent five years of my career with a large bank in America….we didn’t touch anything like 98% to 99% repayment rates.”

Simms sees the shift in technology as a key to the success of microfinance. “Even among our clients, even across India, across sub-Saharan Africa, well over two-thirds of our clients — people living on a couple of dollars a day — have access to a cellphone,” he says. “So, we think the future is around the role of technology and banking coming together.”

For more information on microfinance and the work of Opportunity International, visit their web site here.