It has now been fully fifteen months since the Covid-19 pandemic brought much of San Francisco life to a shuddering halt. When the Coronavirus descended on the Bay Area in March of last year, it brought the kind of wholesale disruption that none of us could have planned for. What was originally supposed to be “three weeks to flatten the curve” somehow became well over a year of our lives, sinking half of the city’s small businesses in the process.

Now, at long last, it appears to be coming to an end.

On June 15th, California is slated to drop the last of its ‘Blueprint For Recovery’ Covid restrictions, setting the stage for what may well be a vigorous recovery. And while it appears that some mask restrictions are going to remain in place for a while, things are starting to look pretty normal out there–and business owners are scrambling to prepare for what’s next.

One of those owners is China Live’s George Chen, who has appeared in these pages many times. The serial restaurateur behind Betelnut, Shanghai 1930 and over a dozen other concepts, Chen opened the sprawling China Live on Broadway in 2017. His most ambitious project by far, China Live combined retail and dining in a way that San Francisco had never seen before, and it soon became the jewel of the Chinatown community.

Sadly, the pandemic came just as the business was hitting its stride, impressing the critics while generating enough revenue to make it the 63rd highest-grossing independent restaurant in the country. 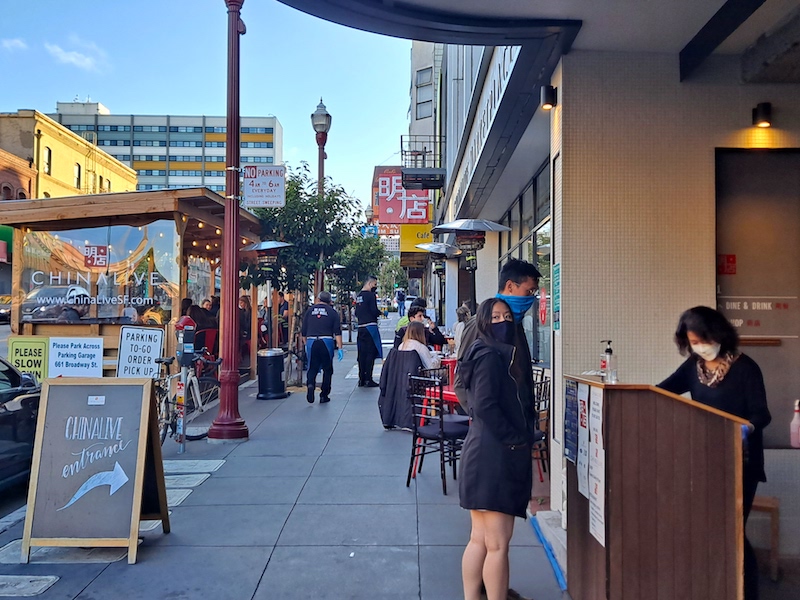 Covid was brutal on restaurants generally, and when you’re running a 30,000 square foot restaurant and retail complex, you can expect the challenges to be equally outsized. But Chen and his team were quick to adapt, and over the last year Chen has become a symbol–a “poster boy” as he puts it–for the comeback of the San Francisco restaurant scene.

Early in the pandemic, Chen moved to open ten ghost kitchens across the Bay Area, a painstaking process that took four months of intensive training and testing, and vastly increased the restaurant’s reach. “We looked at the big-data, and found that 85% of our business was coming from outside 9.7 miles–so most of it was outside of the city,”  Chen says. “Knowing that, we’ve had to learn to drive business outside our box in a different world.”

In keeping with the city’s move outdoors, China Live was also serving outside by July, constructing a parklet for outside dining soon afterward. And while these measures have kept the doors open, Chen’s losses have been staggering. “I don’t even want to tell you that number,” he says.

But Chen is nothing if not persistent. And although he’s clearly not prepared to quit, he has at times been impatient with the pace of the reopening. “San Francisco is a fairly progressive city in general in terms of our politics. But we have been very conservative with our reopening,” he says. “It was rough, especially that last shutdown in December. That really pissed me off. It was so destructive, and a lot of people decided to leave the business.”

Likewise, while Chen remains optimistic about the comeback, he worries the city may move too slowly for businesses already at the breaking point. “On June 15th, California is supposed to go back to normal, no more social distancing requirements,” Chen says. “But the scuttlebutt is that San Francisco won’t allow it. We just have to wait and see.”

Of course it’s no secret that businesses in Chinatown have been hit particularly hard by the shutdown. A perfect storm of irresponsible rhetoric and latent bigotry left the neighborhood’s streets deserted long after other locales had begun to recover, and visitors have been slow to return. As Chinatown’s most ardent champion, Chen is bullish on the neighborhood’s prospects–but he’s also realistic. 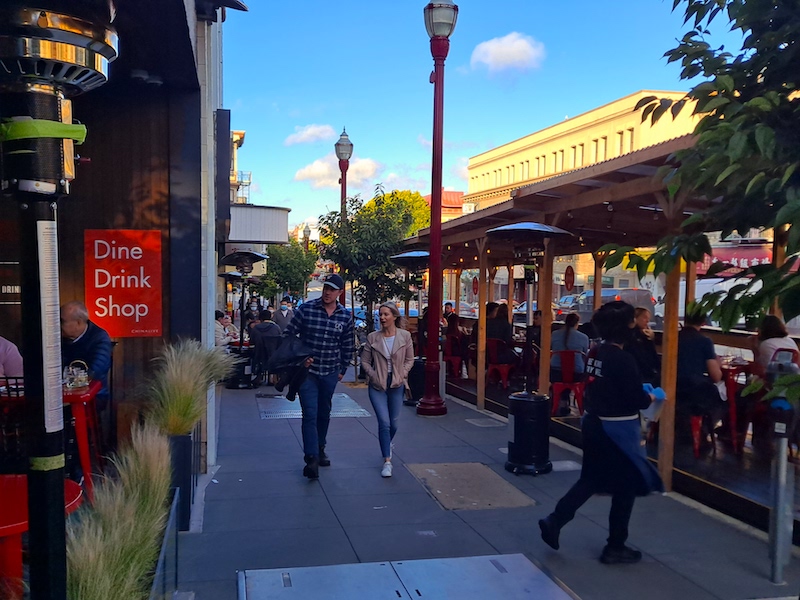 “I’m obviously a big fan, and I want the neighborhood to survive,” he says. “ But a lot of the smaller places in Chinatown operate on a cash basis, so they weren’t able to get government funds, like PPP and other things. They’re the ones that I’m worried about, the mom and pop shops.”

Meanwhile, even as he prepares for full reopening, Chen has even bigger plans on the horizon for China Live. Having recently pulled out of a much-vaunted project on the Amazon campus in Seattle, he’s now looking at potential new locations–in Chicago and New York. But for now, Chen is tightly focused on his flagship.

“First off, we’ve got to lure people back to work,” he says, echoing the sentiments of many frustrated operators around the city. “We’ve got a long way to go. The conventions, and all of the tourists….none of that will be back anytime soon.”

“We’ve got to keep moving forward–and keep figuring out how to drive revenues to survive.”