Welcome back, everyone! After two grueling lockdowns and 456 days of Covid-19 restrictions that hamstrung nearly every sector of the economy, California is finally open once again. As of June 16th, the mask mandate has been drawn down to public transportation and indoor workplaces only, and those restrictions expire September 13th. Critically, most capacity limits and social distancing requirements have been lifted for restaurants and bars, a huge step forward. Naturally, F&B operators are exultant, and we can expect to see packed houses as people reacclimate themselves to the new environment.

This is a singular moment, and frankly it’s impossible not to be excited–and a little bit overwhelmed. We’ve had to relearn so much over the past five seasons, it’s strange to be told that it’s over: that somehow our world has managed to right itself, and we can resume our lives as they were. Maybe it’s because we’ve already been through this. Indoor dining opened up last October if you recall, only for the door to slam shut again just six weeks later.

What was crucial one day by the next had been rendered pointless. It was by turns breathtaking and terrifying. Click to Tweet
Whatever the case, I still feel like a scofflaw walking down the street with my bare face hanging out. And I still automatically veer into the street when confronted with oncoming crowds on the sidewalk. I swear, it’s a miracle I haven’t been mowed down. 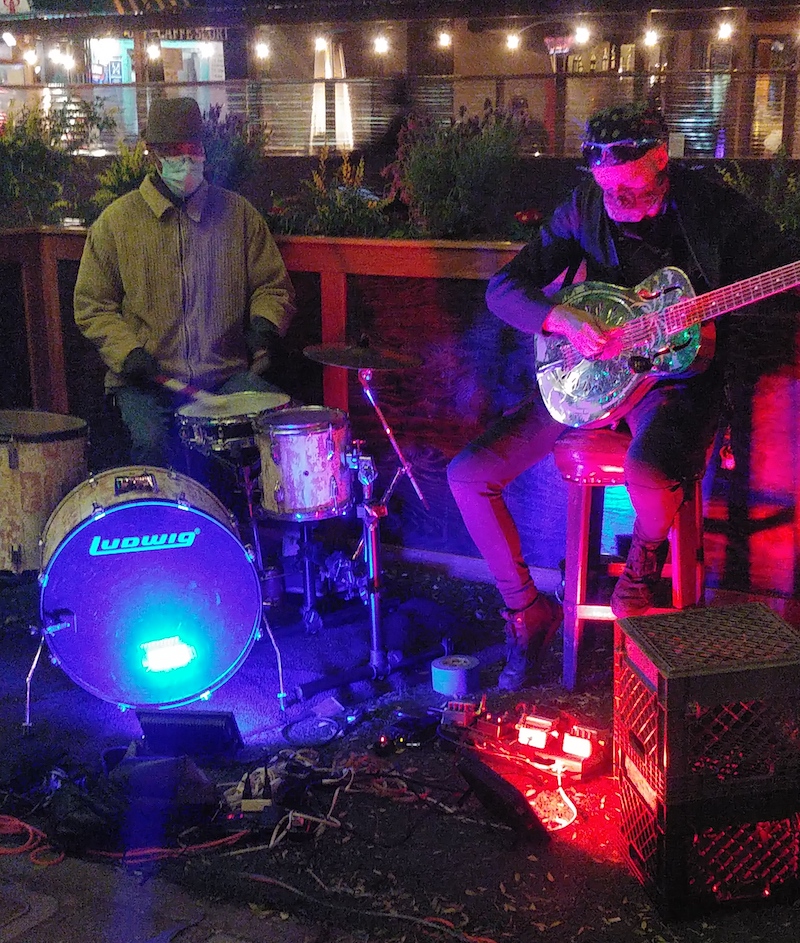 I suppose we’ll all adjust eventually, and get back to our old routines, our familiar pleasures and complaints. But we mustn’t forget this episode, however tempting that might be. Because for over a year, our lives were turned inside out, and all the rules rewritten. Many of us lost loved ones to Covid–and just about every other cause imaginable. What was crucial one day by the next had been rendered pointless. It was by turns breathtaking and terrifying, and no one was untouched by it.

At this point, it’s certainly no chore to list all the things we won’t miss about the pandemic: the masks, the boredom, the loneliness. The terrible sense of not knowing what’s coming next. For me, that was the worst thing of all.

Meanwhile, it’s much trickier to identify those things that we are going to miss. I’ve been thinking about this as things are beginning to return to normal, and I’ve come up with five of them.

Bourbon Street Rules
Without a doubt, the best thing that came from the pandemic was the easing of open container rules in San Francisco. At the outset of the lockdown, the suddenly movable happy hour was a godsend to people who, like most of us, were stuck at home all day. This was especially true in hypersocial North Beach, where people were quick to reestablish connections–and make new ones–in the absence of our usual watering holes.

It was a healthy shake of the snow globe, and lots of new friendships were forged as a result. And while I know it’s likely just a matter of time until we’re once again pouring our beverages into the dirt for our local police, I’d like to see the policy continue into perpetuity. Why not? The SFPD has always had a casual approach to streetside alcohol, and they’ve got better things to do than play cocktail cop. I guess we’ll see what happens, but meanwhile don’t be surprised to see me double-fisting it in the park while the getting is still good.

Empty Streets
When the Covid curtain fell last March, many of us were left with hours of empty time, hours formerly filled with city things like shopping, eating out and socializing. Like a lot of San Franciscans I “work at home,” meaning I spend much of my day in coffee shops, at least typically. I really don’t like being at home all day, and once confined to my kitchen office, the claustrophobia set in quickly. And there was little to do but walk the empty streets.

I love to walk the city in the best of times, but this was very different. Virtually nothing was open back then, so these wanderings had no real destination. It was strictly walking for walking’s sake. The chance to wander for blocks without seeing another soul, while at times creepy (and probably dangerous), was like a form of therapy. I’d walk alone for hours, practically every day. At times the solitude gave me the odd sense that everything around me, all the beauty and blight of the cityscape, was all mine. Existing solely for me to witness.

San Francisco has never been more beautiful than it was in those days. 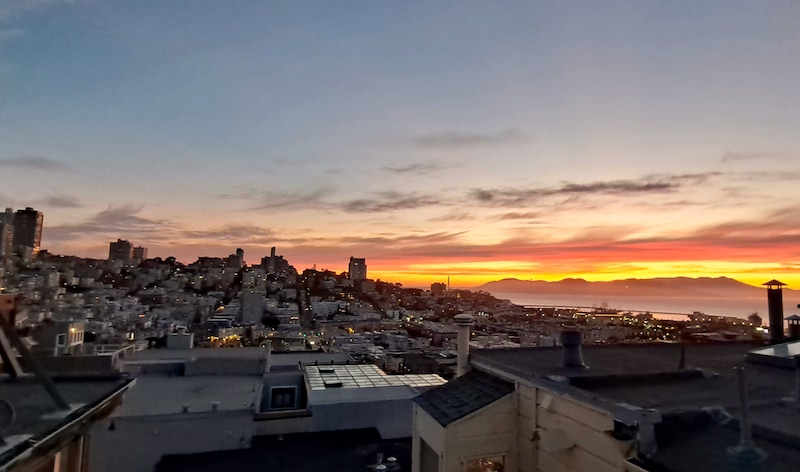 As the city emptied out, San Francisco somehow became more beautiful than ever. | Photo: Joe Bonadio

Eye-Flirting
For me, the single most interesting social side-effect of the pandemic was the sharp increase in eye-flirting, AKA “making eyes.” Once face masks were adopted by the majority of the population,they radically and instantly transformed the sociosexual dynamic by focusing expression on the eyes: the only clearly visible portion of a masked person’s face. Other facial expressions like smiles and scowls were either muted or entirely masked (as it were), making our eyes the whole ballgame. For just a little while, the hijab had lowered on the American social scene.

Not to say this is anything remotely new, of course. But with everyone wearing masks, it became more important–and a lot more pronounced. After all, a glance is much safer and more demure than a smile; you can even pull one off on a date with somebody else. And as we know, San Franciscans have been getting pretty feisty during the quarantine.

With the proliferation of masks, mystery also took a front seat in our social interactions. Think about it: during Covid, you could have a dozen conversations with someone before getting even the briefest glimpse of their nose and (gasp!) mouth. This X-factor raised the stakes for social interaction, and romance especially. And just for a little while, the world’s oldest game got even more interesting.

Sleeping In
Okay, don’t judge me. But when the quarantine began, I admit that I relaxed my personal standards a bit. For instance, I’ve never been one to sleep past 7:00 AM or so; it’s an old habit that started in my college years, and stuck. Alas, along with early meetings, that bit of discipline went out the window during Covid. This was seemingly meant to be: the Powell cable car line goes right by my second-floor window. And with service suspended, mornings have been whisper quiet on my block since the beginning of the lockdown. Call me a slacker if you want, but I’m not one to quibble with providence.

70’s Hairstyles
Aside from Zoom calls, easily the most obvious trend during the pandemic was the shifting of haircuts to the optional column. Abetted by the scarceness of hairstylists, even the most well-groomed among us grew out their locks last year. In a city that likes to consider itself fashionable, it was a full-blown phenomenon.

Within weeks of the first lockdown, DIY haircuts had become de rigeur. Rasputin beards followed shortly thereafter, and by Autumn of last year, San Francisco was probably hairier than any time since the Summer of Love. And just think: years from now, if we want to know if a photo was taken during the pandemic, we’ll just check the hairdos.

The Joe Content blog appears in this space regularly, covering events in North Beach and San Francisco at large. Be sure to bookmark us, and come back to visit again soon.