Call it whatever you will, it might just be the best day of the year in San Francisco’s North Beach. Italian Heritage Day (also referred to as Columbus Day and Indigenous People’s Day, depending on one’s capacity to relax) is the most hyperlocal of all the events we host in these parts. And fittingly, real North Beachers wait for this one all year. 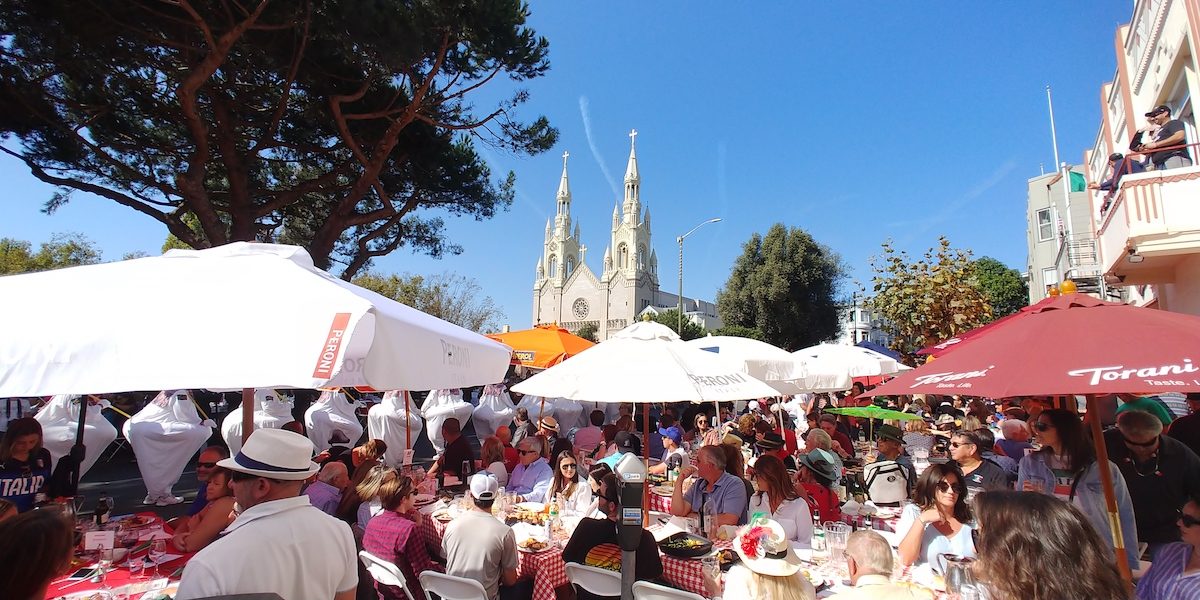 This year’s party went down this past Sunday, and it was more lively than ever. The crowds came strong and early, and by the time I got down to Columbus Avenue, the streets were already chockablock with happy people. I ran into a friend walking her dog, and we ferreted out a cozy viewing spot at the busstop on Union and Columbus. 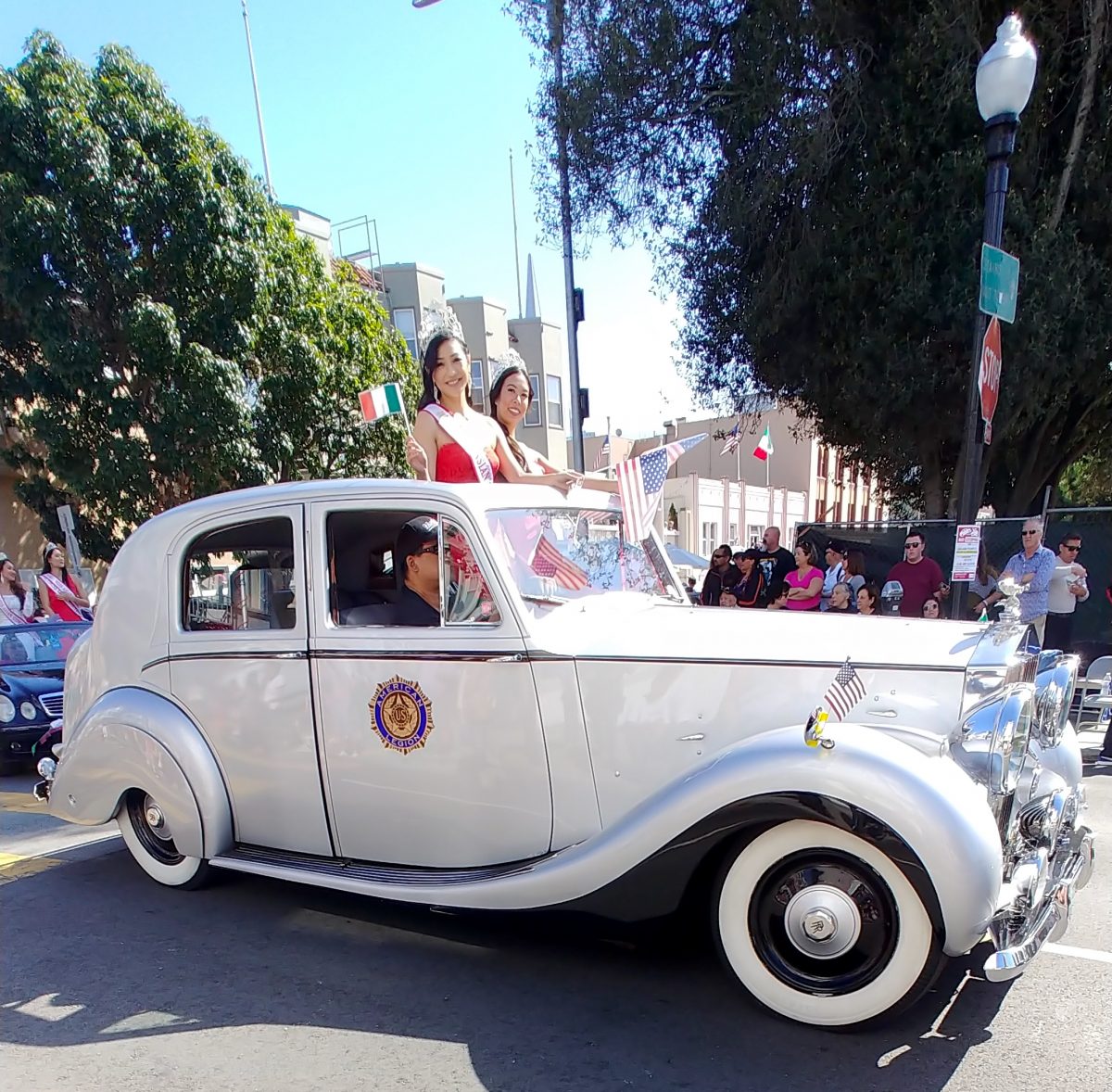 This is not your typical street festival: eschewing the same-same food stalls you see at every street fair, the Heritage Festival focuses on North Beach and the parade itself. Local merchants crowd the street with dozens of long tables along the parade route, sometimes reserving seats months in advance. Falling at the end of the already thronged Fleet Week, the parade reminds me of the ones I watched growing up in my hometown: marching bands from local high schools, convertibles copiloted by waving local politicians, that kind of thing. 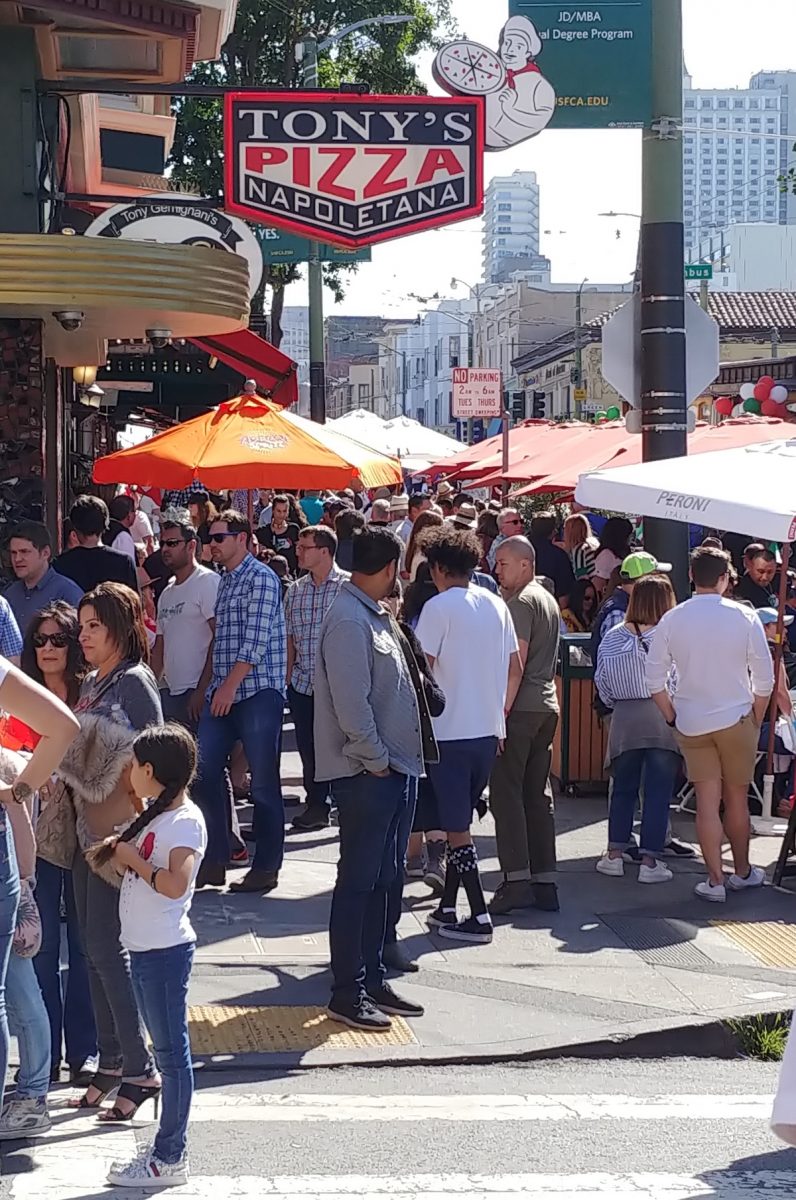 The parade crowd swarms Tony’s Pizza Napoletana; this is usually one of their busiest days of the year. | Photo: Joe Bonadio

It’s a hoot, and makes for one of the busiest days of the year in The Beach. Happily, despite concerns, the ongoing closure of Washington Square Park for construction didn’t put much of a damper on the festivities, either (and word is, the park will reopen in late November/Early December).

Perhaps more than any event or festival held in our neighborhood, Italian Heritage Day exemplifies the people and history of North Beach–our traditions, our kids, and our community. And in times as tumultuous as these, it was a truly wonderful way to spend an October afternoon.

For one last look at the 2019 parade, here are two beloved local characters, Randy DeMartini and Rudy Colombini, performing as Elvis Presley and Frank Sinatra on a float in front of Saints Peter and Paul Church. (And yes, it was really that much fun.)