After one of the windiest, coldest summers in years, fall is finally here, and Indian Summer has returned to San Francisco. It was a quick transition, and as if to demonstrate just how backwards our weather can be, our hottest day of the year so far came on September 21st––the very first day of fall. 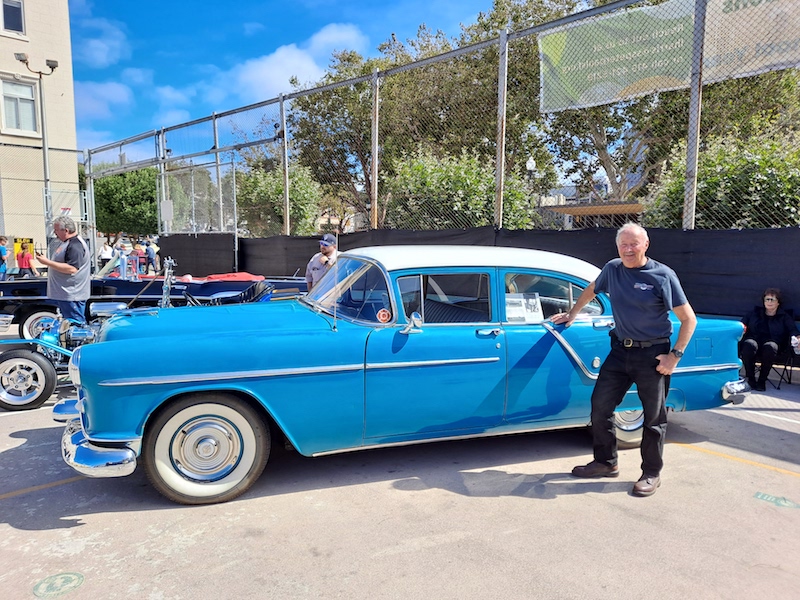 Dominic Spinetta poses in front of his 1954 Oldsmobile, which he purchased brand-new in high school. | Photo: Joe Bonadio

September is typically crowded with events, but alas, this is no ordinary year. Originally scheduled for its customary June appearance, the annual North Beach Festival was postponed until last weekend, then finally cancelled out of an abundance of caution. Happily, North Beach premiered a brand-new event on that Saturday: the First Annual Cars And Friends of North Beach Car Show. 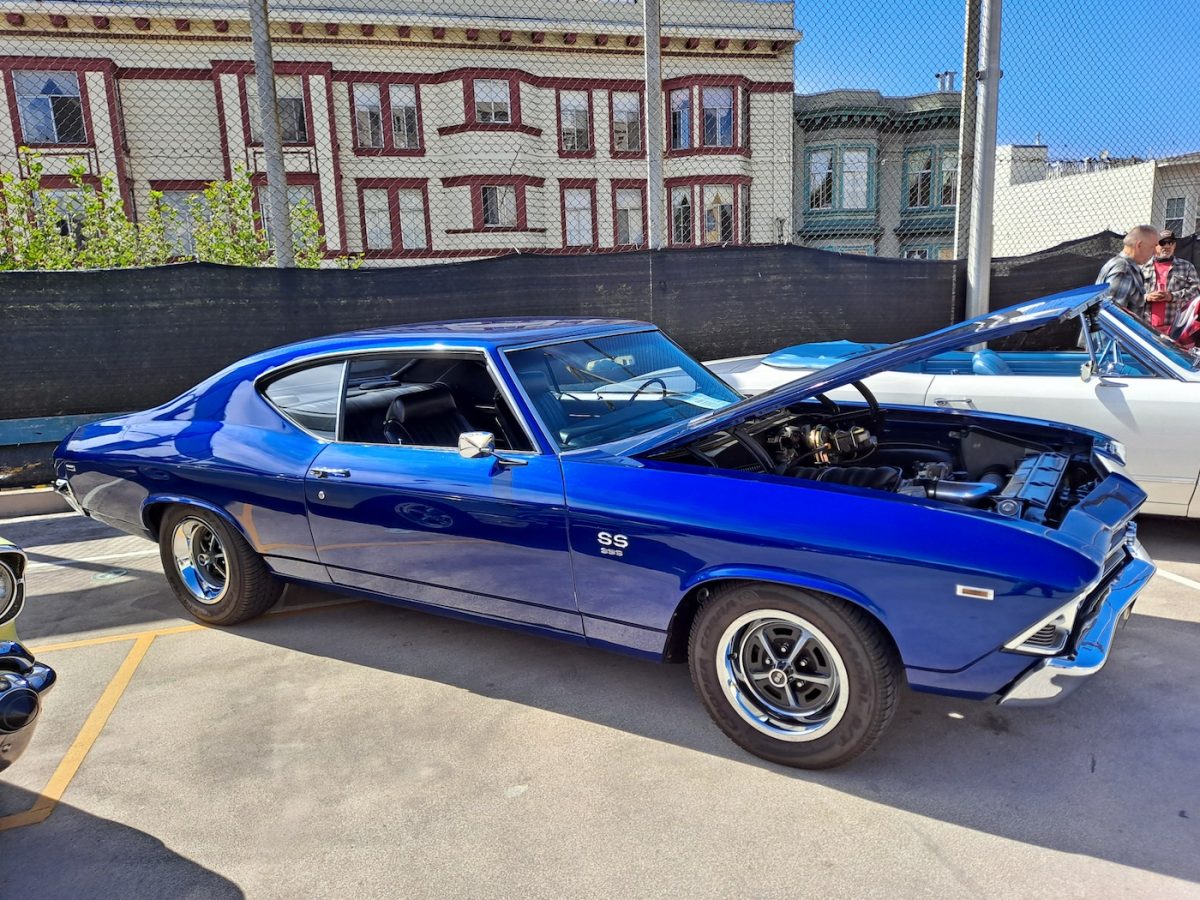 This vivid blue 1969 Chevelle SS was one of many impressive entries. | Joe Bonadio

The show kicked off promptly at 9:00 AM Saturday, and the turnout was beyond impressive. Classic and antique cars filled the main parking area of the Salesian Boys & Girls Club, and all of Filbert Street between Powell and Stockton in front of Saints Peter & Paul Church. 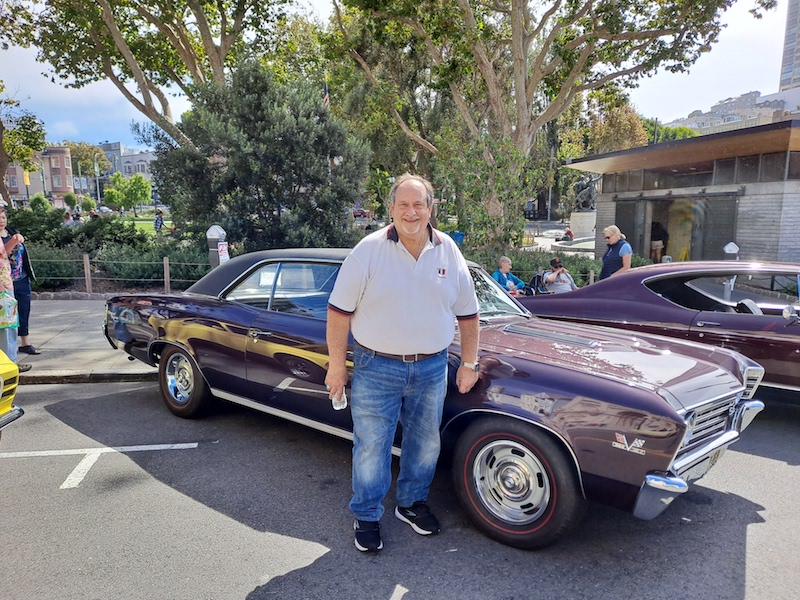 As you can see from the photos, the automobiles on display were no less than stunning. Admittedly I’m not a huge car buff, but I didn’t have to be to appreciate the beauty of these vehicles. The street was closed for the event, and filled with people mostly doing what I was doing: jockeying to get the best photos I possibly could. 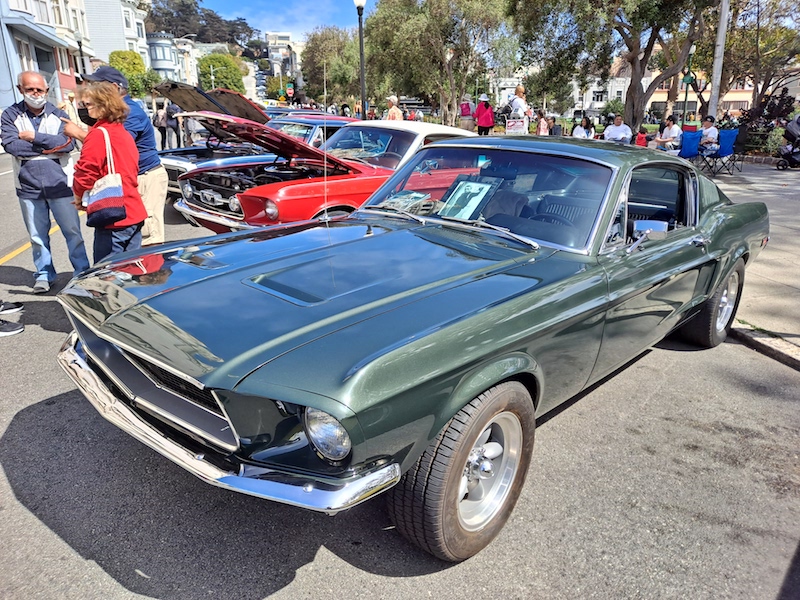 Turnout was very good, the show went until 3:00 PM, and for its first year the event was a resounding success. The whole thing was conceived and arranged by Rich Azzolino, the owner of Sotto Mare, and his cohorts Art Wo, Anthony Bologna and Jim Picetti–North Beach natives all. I spoke with Rich on Saturday afternoon as the event was winding down: 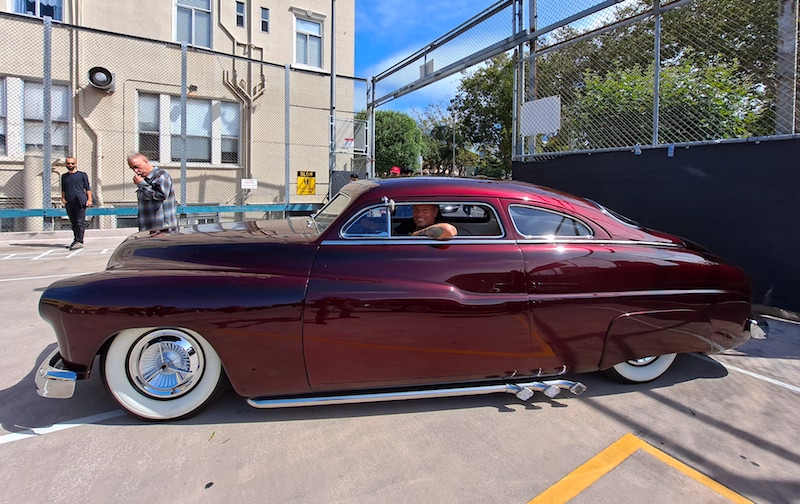 “We’re thrilled that so many people showed up for the event––especially when you consider this is our first year out,” he told me. “Next year, it looks like we’re going to have to close off some more streets.” 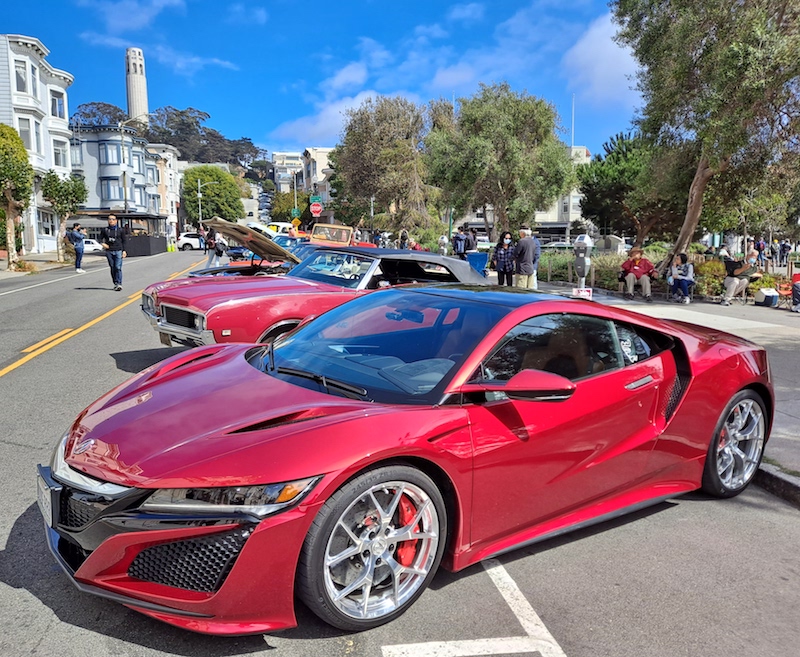 This Acura NSX brought a touch of the modern to the Cars & Friends of North Beach Car Show’s inaugural year. | Photo: Joe Bonadio

Of course, San Francisco’s favorite time of the year is only beginning. And there’s a lot more on the North Beach calendar, too. We’ve got the Italian Heritage Parade coming up on October 10th, and in this neighborhood, that’s always one of the best days of the year. And just in case you motorheads didn’t get enough on Saturday, the customary collection of Ferraris will reportedly be on hand in Washington Square Park for the event.

For more information on upcoming events, make sure to come back to the Joe Content blog regularly. Next week, I’ll be covering the promising uptick in new restaurant openings in and around North Beach in my feature North Beach Fix.

Meanwhile, I’ll see you in the neighborhood!