Clothes are a very personal matter, and it’s obvious that some are just more interested in fashion than others. But in my experience, even the most disinterested dresser typically has one or two favorite items of clothing. It might be a particularly warm leather coat, or a pair of perfectly worn boots—but as a rule, we tend to get pretty attached to our favorites. And it’s always sad to see them go; I’ve kept more than one tattered treasure well past its proper expiration date. 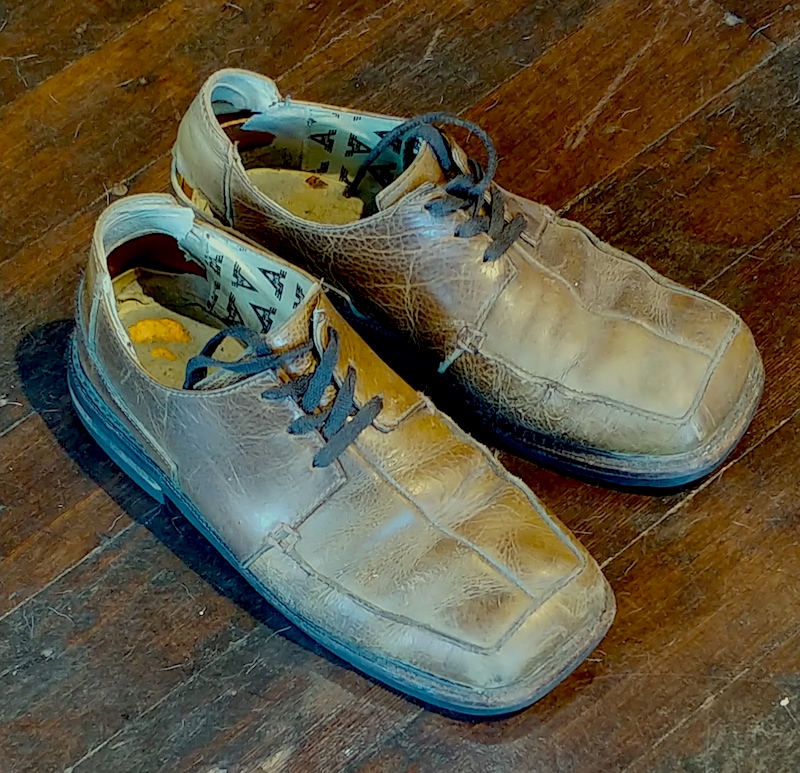 My old green shoes, much the worse for wear–the ‘before’ shot. | Photo: Joe Bonadio

Eleven or twelve years ago, I spent an afternoon in Haight-Ashbury with my sister Jennifer, who was in the city visiting from Maui. We were just wandering around, and we stopped in to the John Fluevog store to check out the new styles. There was an unusual pair of green shoes on the shelf that immediately caught my eye. They had a flat toe and a seam that ran up the center of the instep, and they fit me like a glove. I don’t know, but I’m pretty sure Jennifer wouldn’t have let me leave the store without them. 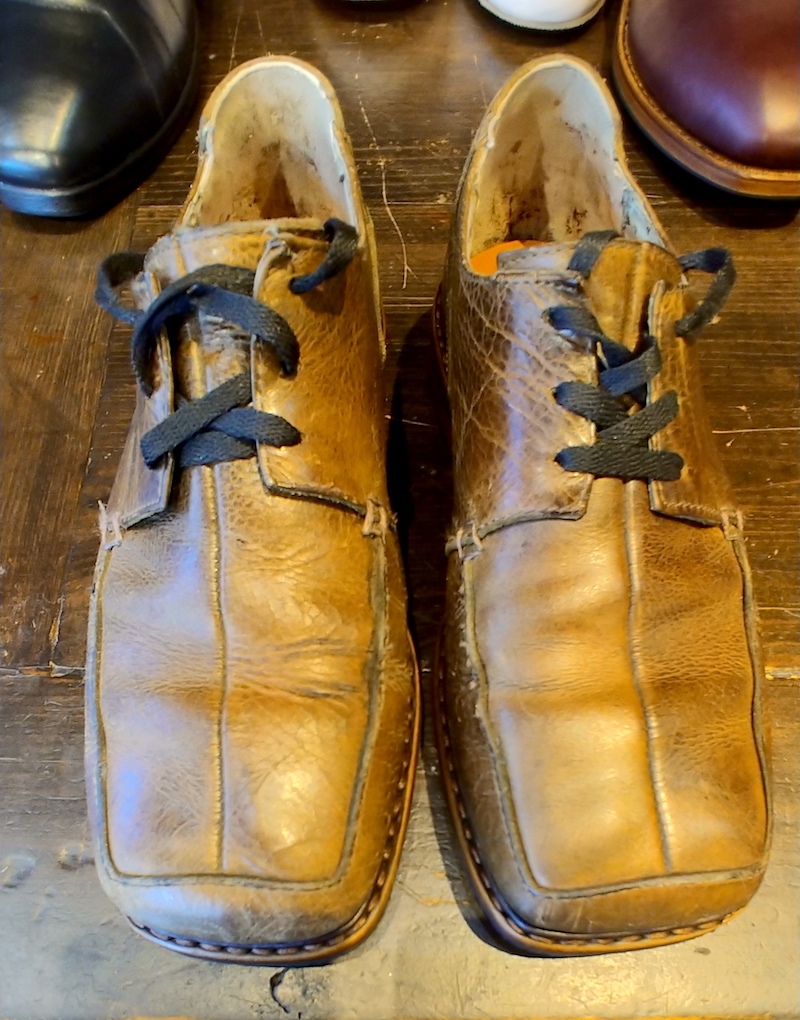 The ‘after’ shot: note the hand-sewn welt around the perimeter of the sole. | Photo: Joe Bonadio

I wore those shoes into the ground, and it wasn’t long before I was back looking for another pair. It wasn’t as easy the second time. The style was out of stock, and I ended up having to hunt online for a replacement pair. I found them, however—and proceeded to beat the tar out of those also. But for some reason I can’t fathom, I kept the decimated shoes, which were literally coming apart and entirely unwearable. 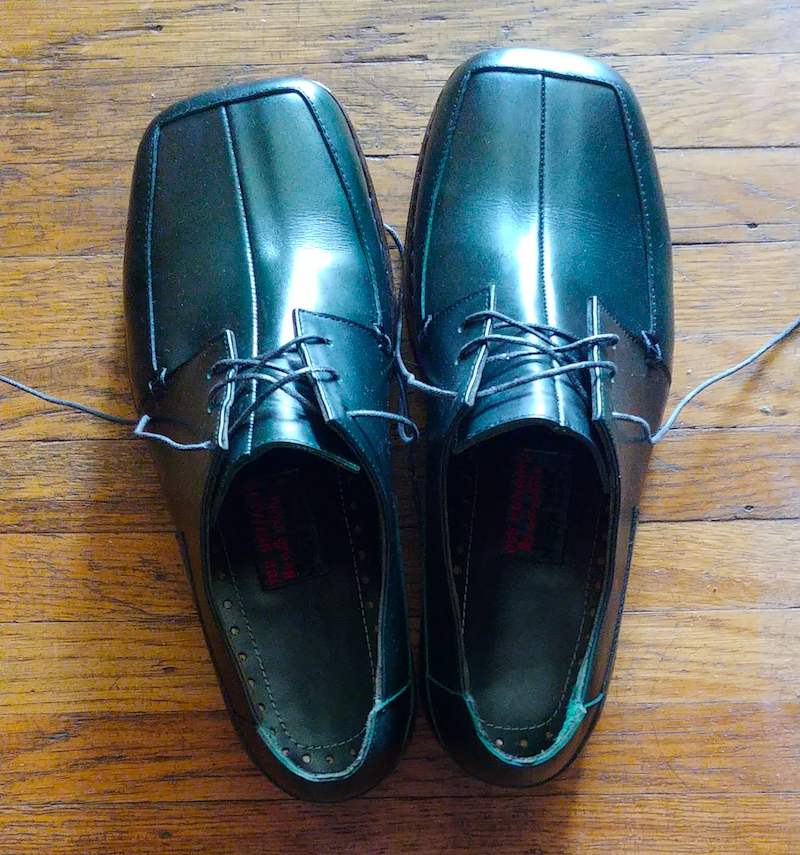 Happily, today I’ve got a resource that I couldn’t call upon back then: Al’s Attire. In late 2018, Al renovated a pair of beloved old boots for me. And he not only brought them back from near-garbage status, he recreated a second pair for me in brand-new leather. So instead of having to bid farewell to my favorite boots, now I had two pairs! I couldn’t have been happier, and I’ve been loyal to Al’s ever since.

So when I was clearing some space in my closet this Spring and found my battered old greenies, I knew exactly what to do. 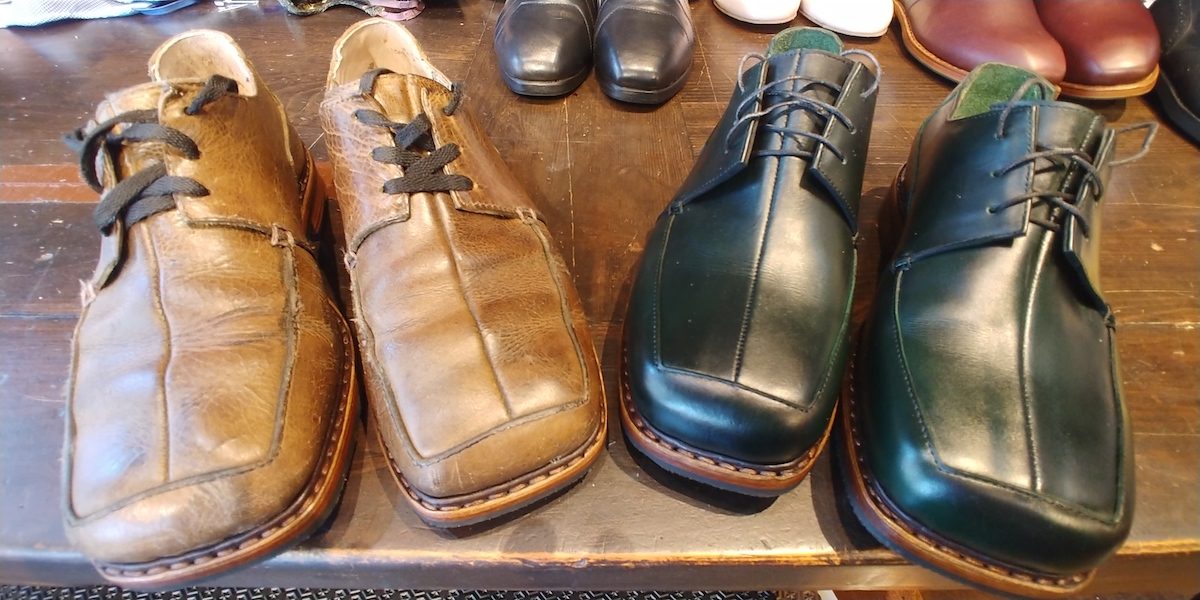 And then there were two: originals on the left, new version on the right. | Photo: Joe Bonadio

Last week, the shoes arrived. Al had worked the same magic, and this time the results were even more dramatic. My old green ‘Vogs were now even better than new. Of course, the leather was antiqued and looked vintage, but the structure of the show was far more solid. This style had always tended towards “blowouts” on the side where the leather meets the sole, and Al had completely redone the stitching around the perimeter of the shoe with a hand-sewn welt. It’s something you never see in mainstream brands these days; not only does it make the shoe far sturdier, it also makes it much nicer to look at. 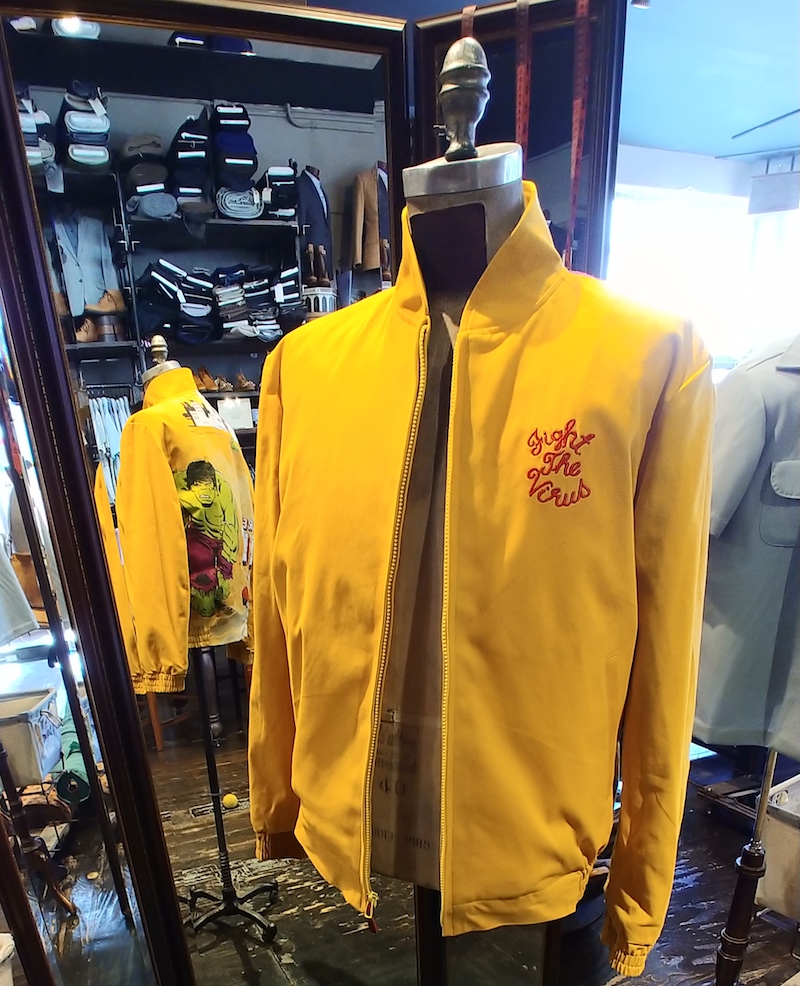 The remakes, meanwhile, turned out just beautifully. I chose a midnight green for the leather, as opposed to the olive green of the original—but otherwise the shoe is a near-exact replica. This may be the nicest pair of shoes I’ve ever owned. I’ve worn these beauties exactly once, and I intend to save them for special occasions. After all, I’ve got the other pair for everyday. Perfetto. 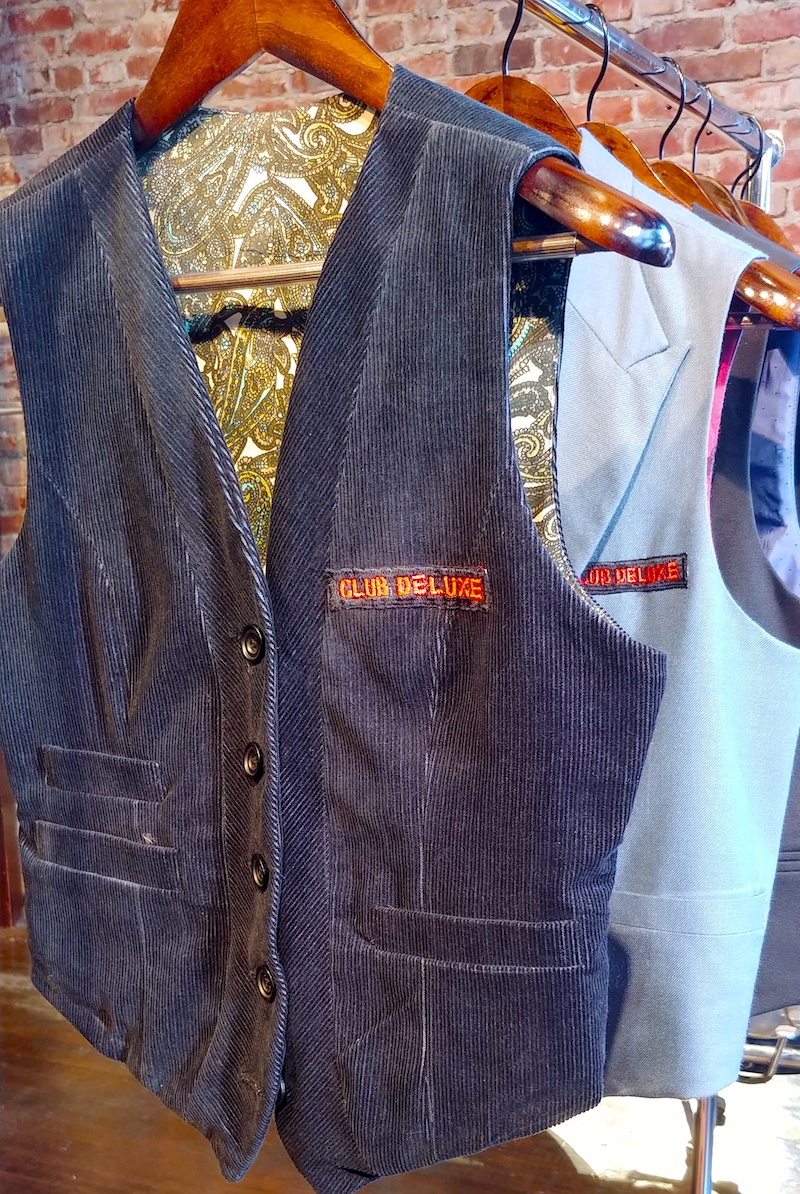 If you’re unfamiliar with Al’s, or just haven’t had something made yet, I encourage you to take the plunge. From the beautiful, light-filled space to the always-timely design, to Al himself—it’s become my favorite retail experience in San Francisco.

And let’s face it, times are extremely tough for retailers right now. It’s sad, but many of them just won’t be around any longer after this year. So don’t hesitate: if there’s something you’ve been wanting to get, or a cherished jacket or pair of boots that you’d like restored to new, this is your opportunity. 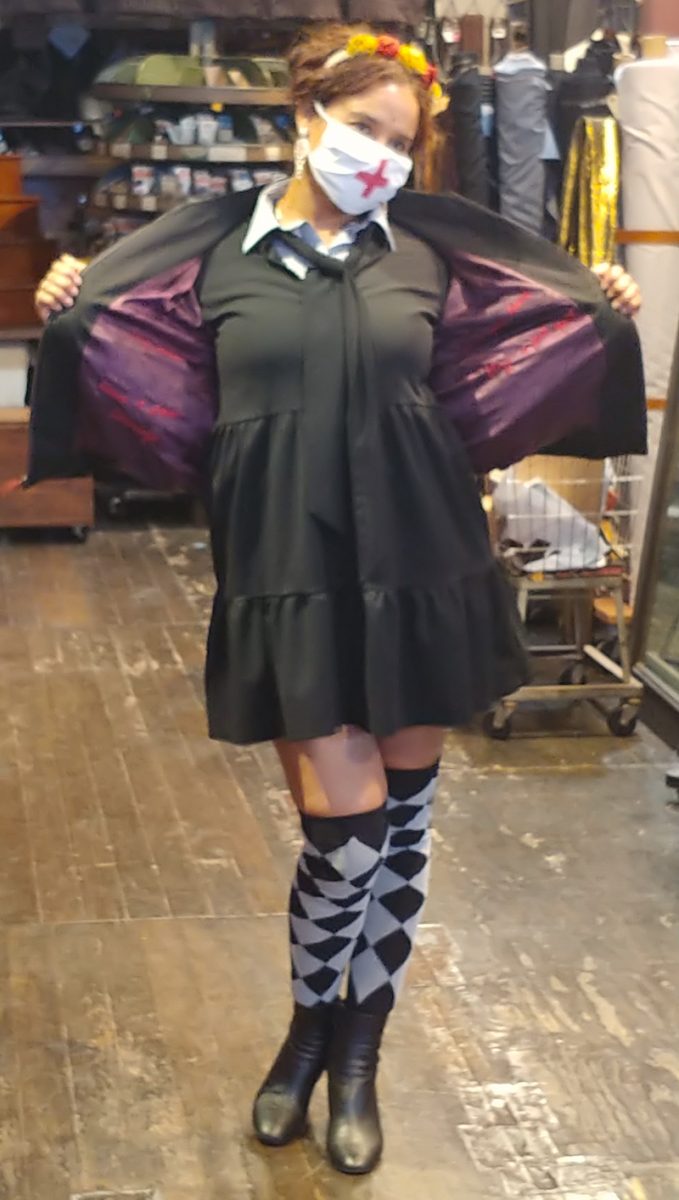 Al’s Attire has been an anchor on Grant Avenue and an integral part of this community for over fifteen years. Let’s do our part to keep them healthy, shall we?

Al’s Attire is open from 11:00 AM-7:00 PM seven days a week, and is also available by private appointment. Make sure to stop in soon and check out Al’s popular new Fight The Virus line of superhero-themed jackets and shirts. They’ve gone viral! See you in the neighborhood…