It has now been five full months since the original shelter-in-place order was announced by Mayor London Breed in March, and San Franciscans are scrambling to keep pace with the changes. And the city’s restaurant industry, already beleaguered with problems, has been hit particularly hard. Originally expected to return in mid-July, in-house dining in San Francisco has now been pushed back indefinitely. It’s a move that, while understandable, has put an incredible amount of pressure on local restaurants.

One of them is China Live, George Chen and Cindy Wong-Chen’s luxe, groundbreaking 30,000 square-foot stunner on Broadway. As I wrote here in June, the restaurant had elaborate plans in place for reopening safely, including temperature checks and other carefully researched precautionary measures. When the reopening didn’t materialize as planned, like for so many other businesses, it was a serious setback. 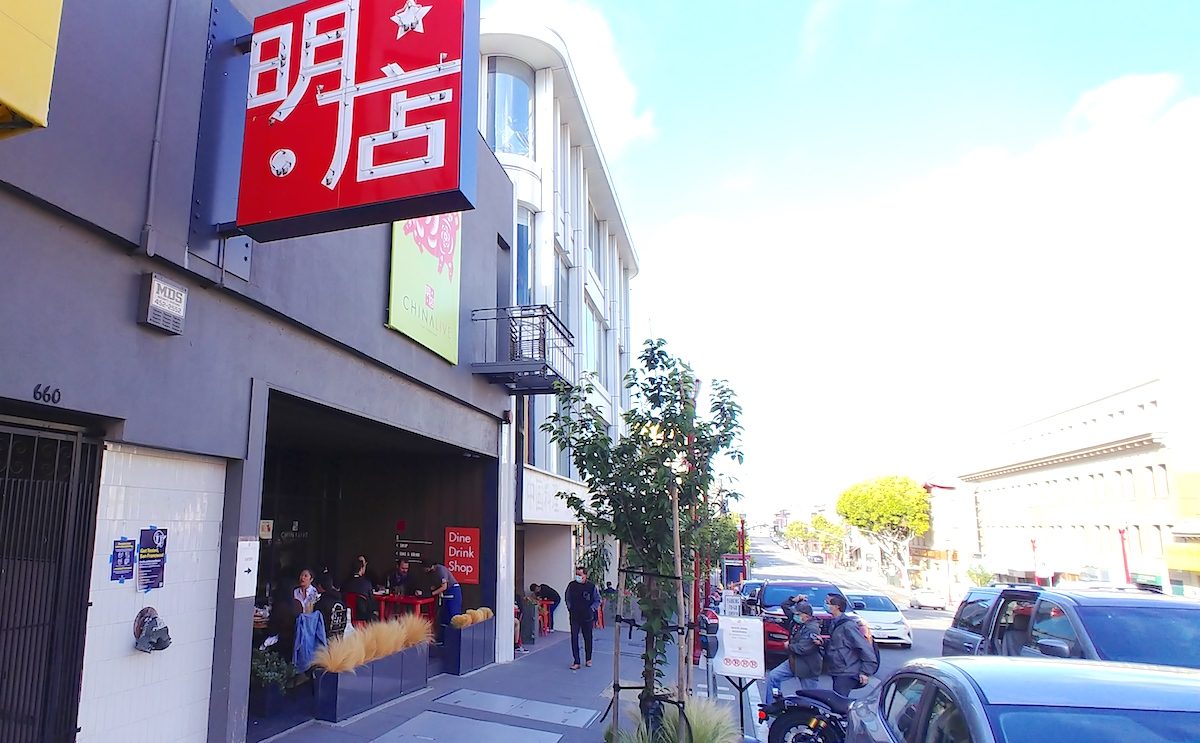 But the couple has seen their share of crises. And having operated successful restaurants for decades, they know the most important thing is often to just keep moving forward. They’ve done just that: China Live has remained open for takeout and delivery since the outset of the lockdown, and they quickly moved to sidewalk dining once that was opened up. And now the eatery has claimed the parking spaces out front under the city’s Shared Spaces program, and built themselves a parklet.

Unfortunately, all of this still hasn’t come close to restoring the revenue the restaurant lost when in-house dining came to a halt. Remember, the restaurant was serving 1,000 a customers a day as recently as six months ago.

So undeterred, China Live took another route. On August 1st, the restaurant launched China Live Signatures, a sprawling ghost kitchen project that brings Chen’s most popular dishes to 10 virtual kitchens in key locations across the peninsula. 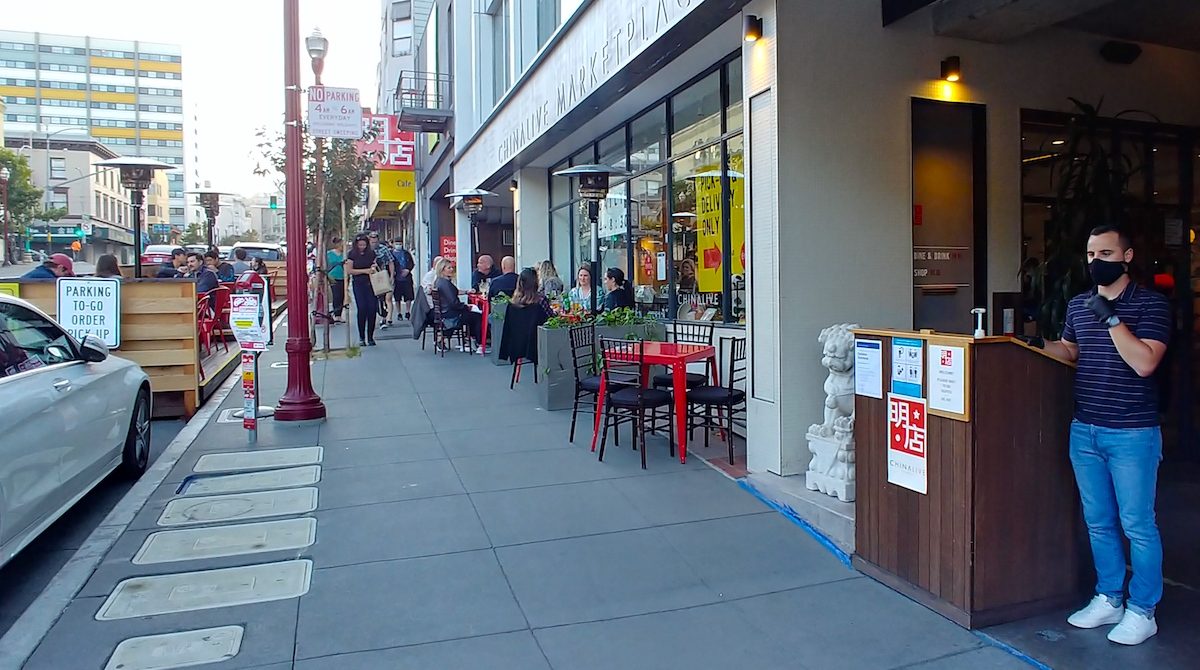 With their new parklet, China Live has expanded their footprint on Broadway. | Photo: Joe Bonadio

To accomplish this feat, the restaurant has partnered with Virtual Kitchen Co., a firm that provides ghost kitchen services to enable restaurants to launch delivery into new areas without opening additional brick-and-mortar locations. The China Live Signatures menu was developed for delivery, and culled from the restaurant’s favorites. Of course, all of the dishes had to be tweaked and tested to a fare-thee-well in order to meet the notoriously exacting standards of the Chens.

Most items are prepped in China Live’s home kitchen–but finished by the remote cooks that work for Virtual Kitchen. Chen says the partnership works because the company understands food; Virtual Kitchen’s Head Chef worked at Chez Panisse for over ten years. “They’re food people,” as Chen puts it.

The new venture is an ambitious step for China Live, one grounded in the new realities of the restaurant world. As Chen says, “The world has changed. People aren’t going out, and they want to stay home more. 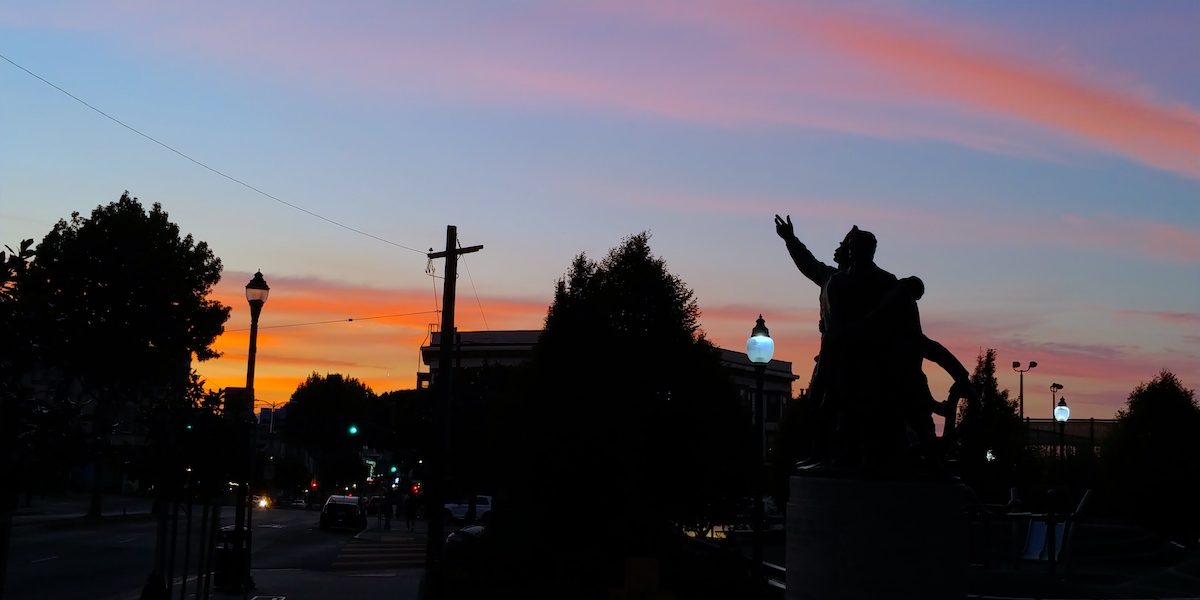 The Signatures menu features eight dishes, including the popular pan-fried sheng jian bao, the Sichuan wonton dumplings, and the luscious Kurobuta pork char siu. The menu is expected to change seasonally, and adjust to demand in the neighborhoods served.

As someone who has eaten my share of China Live’s delicious food, I have high expectations for the project. If you’re anywhere close to the neighborhood, make sure to take advantage of the warm weather and head over for dinner. The staff is terrific–and as you might imagine, they bring a welcome dose of hospitality to the Broadway sidewalk. Enjoy!

The China Live blog, originally slated to launch in July, has been postponed for the time being. We are hoping to return to the project as things pick up, and I’ll keep you posted on George and Cindy’s progress here in the meanwhile. See you in the neighborhood.