In June of 1964, San Francisco was a play between acts. The Summer of Love had yet to descend upon our fair city; Kerouac, Ginsberg and the beats had already departed. Something was in the air, an unease deepened by the impending arrival of the Republican National Convention at Cow Palace in July. Before 1964, there had been only one Republican convention on the West Coast, and some took this as a sign that the party was gaining power here. The future of the city was anyone’s bet.

Carol Doda was born on August 29, 1937, in Solano County, California.  Arriving in San Francisco at the age of 26, Carol attended the San Francisco Art Institute; to pay her bills, she began working as an exotic dancer at the Condor Club on North Beach’s lively Broadway. She absolutely loved it. 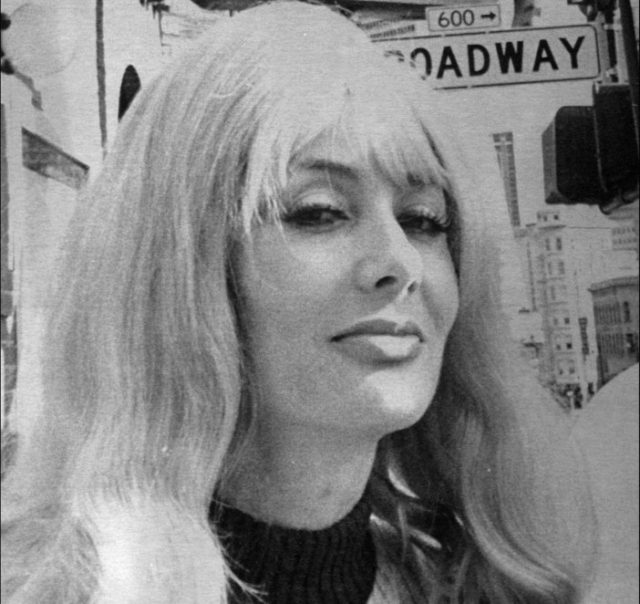 The fascinating Carol Doda in front of the Condor Club on Broadway, 1982

On the night of June 19, 1964, Carol Doda took the stage at the Condor in a topless “monokini” swimsuit. The act was a hit, and within months every club on Broadway was topless; soon the trend had gone nationwide, From the Condor Club on the corner of Broadway and Columbus, Carol Doda had fired the opening salvo of the sexual revolution.

An irreplaceable North Beach treasure, Carol Doda was an icon, a piece of living history and a truly wonderful person to boot. She was a fixture of the neighborhood, and sadly, we lost her in November of last year. She will be sorely missed. To read the rest of this lady’s amazing story, visit the Belle Cora website here.

This article is the latest in a series examining the fascinating people and places that make up the rich history of North Beach and The Barbary Coast. Visit us again soon for more great content.