North Beach has long been a neighborhood of barflies and night owls, of bon vivants and inveterate imbibers, and that isn’t about to change. The Beach loves its bars, and there may be no more unique assemblage of watering holes in any neighborhood in America. In this second installment of Brick And Mortar History, we take a look at three more of the neighborhood’s standard bearers.

A quintessential locals bar, Gino & Carlo was originally built as The Verde Hotel in 1907. The original Gino and Carlo opened the place in 1954, replacing another duo who called the place Tony & Mario’s, but they didn’t stick around for long; they were bought out by Donato Rossi just two years later. He apparently didn’t want to pay for a new sign, so he decided to stick with the name; all these years later, nobody quite remembers what Gino & Carlo’s surnames were. The bar was fronted by Frank Rossi (Donato’s brother) for almost four decades, and he was as well-regarded in North Beach as any bartender I’ve met here. He retired back in 2010, followed by his partner Frank Colla, who hung up his apron in 2015. Thankfully, the place is still run by their sons, who haven’t changed a thing. 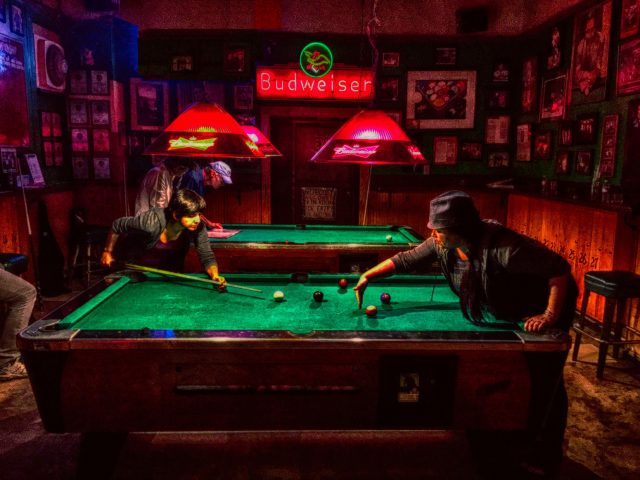 Patrons Square Off On The Pool Tables at Gino & Carlo

Of all the bars in North Beach, Gino & Carlo boasts the earliest hours in the neighborhood: show up just after 6:00am on any day of the week, and you’ll see a roster of regulars: most are cops and others coming off the night shift, some are still rolling from the night before–and some just enjoy a cocktail at 6:00 am, thank you very much.

Gino’s plays host to a revolving cast of pool sharks, with two full-sized tables in the back, and they hold a popular 8-Ball tournament that goes back to the 70’s. They’ve hosted their share of San Francisco luminaries over the years, including Carol Doda, whom I first met sitting at a stool in the back just before last call; she used to sing there just a few years back. Charles McCabe, celebrated columnist for the San Francisco Chronicle for nearly 30 years, was an early morning regular at Gino’s: after typing up his column each morning, McCabe would come for his “breakfast,” consisting of five or six “Green Deaths” – Rainier Ales. Another longtime regular, political journalist Warren Hinckle called Gino & Carlo ”an institution that has never changed.”

Gino’s throws an old-school Italian lunch on Thursdays that’s typically a local who’s who, and sells out every week (if you’re smart, you’ll get tickets at the bar ahead of time). And truth be told, there’s probably no better place to watch a Giants game. See you for the playoffs–don’t forget, this is an even  year.

Possibly the best place to disappear in our tourist-thronged neighborhood, Specs’ has a local flavor that has been bringing in the denizens of North Beach since 1968. Before it was Specs’, the space was variously a speakeasy, a storage space and a lesbian bar, but when Specs Simmons took over the space just one year after our city’s Summer of Love, he turned it into a bar–and a museum. That’s right, the official name of the place is Specs’ Twelve Adler Museum Cafe, and it’s no gimmick. Among the many strange items on display in the dark, cavernous space: a stuffed mongoose and cobra, locked in battle; a mummy that looks suspiciously like Specs himself; and a dehydrated walrus penis. 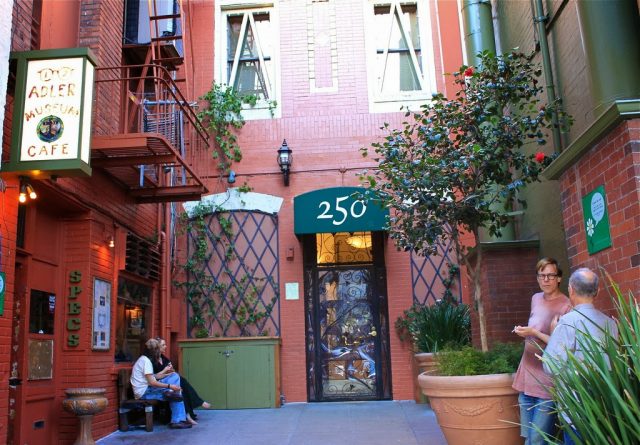 Located on Columbus directly across from Vesuvio, Specs’ serves as oasis for an impressively large group of North Beach regulars, and has a lived-in, comfortable vibe that encourages conversation, and frequently, debate; the “table of tyranny” in the back has hosted many a contentious exchange.

Though it had fallen into dusty disrepair for a while, the owners cleaned it up very nicely a few years back, and they currently have some of the friendliest ‘tenders in the neighborhood. By Specs’ directive, bartenders can refuse to make any drink they don’t want to (Specs has a longstanding aversion to what he calls “silly drinks”), and throw any customer out for any reason. As if that isn’t enough, they are also furnished with cards to deter overeager suitors (see below). 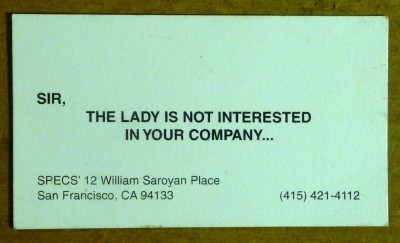 Sadly now planning to close, the inimitable Mr. Bing’s has been slinging no-frills cocktails on Columbus Avenue for half a century. They’ve earned an enviable reputation as one of the best dives in America, largely due to Anthony Bourdain’s stop there while filming The Layover.  But long before the voluble TV chef gave it his imprimatur, Bing’s was already on the radar of San Francisco’s more canny revelers. 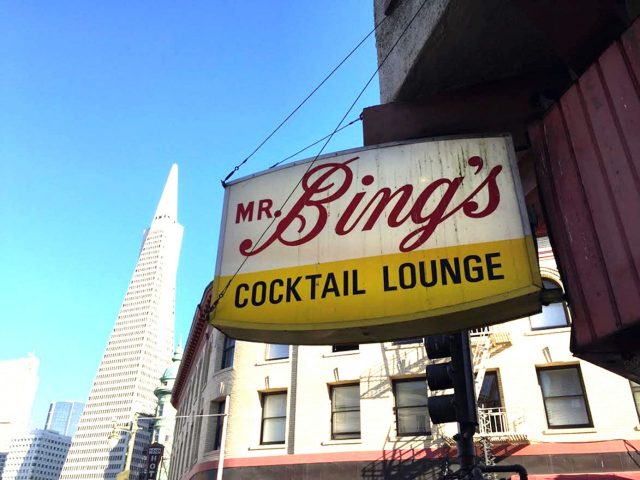 The Beloved Mr. Bing’s: Soon To Be A Memory

The secret behind this place? You’re welcome to speculate. Boasting near-zero decor in a dusty, oddly shaped room that seems more like a clubhouse than a proper business, one thing is for sure: Mr. Bing’s creates loyal fans as reliably and quickly as they mix martinis.

The vintage, guano-encrusted sign over the door sets the stage as you enter. Once inside, you might be sitting next to a few cases of beer, but you’re almost sure to see someone you know. If not, don’t worry: the customers are friendly, and you’ll know someone soon enough. Don’t expect anything fancy, because you aren’t going to get it. There is, however,  a Ms. Pac Man in the corner if you’re into that, and the bathroom is so choked with graffiti that it could be an art exhibit. There are no taps, and mixology  is not a term of art that is understood here. On the other hand, the guy behind the bar will almost certainly do a shot with you. In fact, he will do a shot with everyone in the bar, making one wonder how he remains standing through the shift.

Bottom line, these guys do the basics right, are low on attitude and generous with a pour. What more do you need? Get over there and try it if you haven’t already–word is, the doors close next week. We’ll miss you, Mr. Bing’s.

This article is part of a series examining the fascinating people and places that make up the rich history of North Beach and The Barbary Coast. Visit us again soon for more great content.