There are few things I enjoy more in San Francisco than a meal of fresh, well-prepared seafood. Salmon in particular is a favorite treat, grilled a perfect medium rare. There are a handful of places in this city that can be trusted to consistently do it right, and it’s time to add another to that list: the brand-new  Betty Lou’s Seafood & Grill in North Beach. 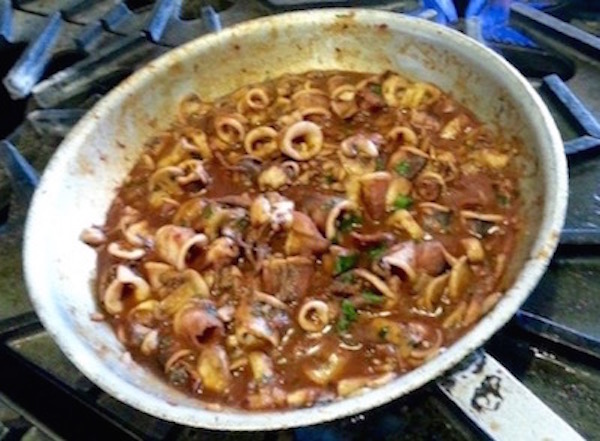 Hotly anticipated after chef Hector Chapparo’s surprise departure from neighborhood hub Sotto Mare earlier this year, Betty Lou’s is the brainchild of Chapparo and his partners, sisters Louisa Taylor and Betty Pesce, both of whom worked alongside Hector at Sotto Mare for years. This is the first ownership play for these three industry veterans–and they’re already hitting it out of the park.

By adding red meat to his arsenal, Hector might have just become the most dangerous chef in North Beach. Click to Tweet
Let’s start with the location, the former digs of the barely-existent Viva, on the highly visible corner of Grant and Columbus. It’s a unique space, split-level and blessed with plenty of windows and a western exposure that guarantees lots of afternoon sunshine, perfect for the Mediterranean inflections of the Betty Lou’s menu.

And let’s talk about that menu, shall we? Although they do have other options, the approach is primarily Italian seafood, so they’ve got all the things you’ll be looking for: the sand dabs are here, as perfect as ever, along with the petrale sole and the best oysters you’ll find anywhere; the seafood pastas still come out of the kitchen looking like a food magazine centerfold. And of course, there’s the famous Cioppino. If you haven’t had this dish, it’s a rich, tomato-based seafood stew jammed with the fruit of the sea: prawns, crab, clams, mussels and more. And if you’ve had cioppino? Well, then it’s time to try Betty Lou’s.

There are a few surprises here, too: sautéed and fried calamari (à la Ray)  both appear on the regular menu, along with an Asian-inspired shellfish entree, Mike’s Wok Crab. And with another welcome touch, there are also potatoes on the plate, crisp, tasty and perfectly salted. 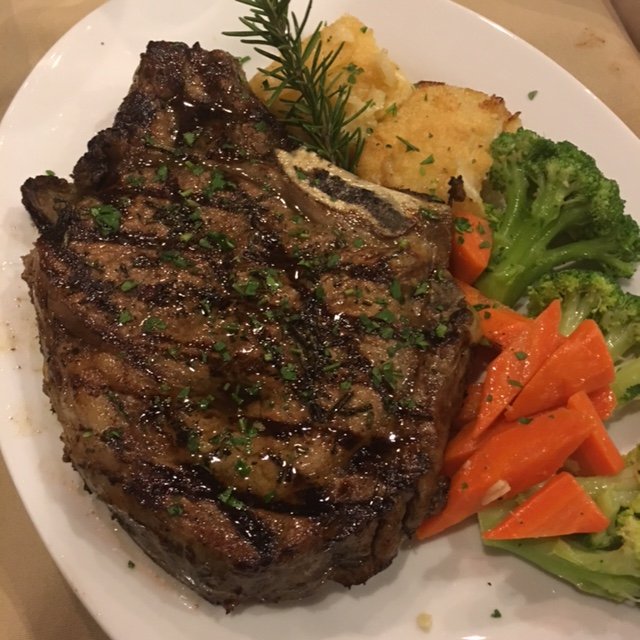 But here’s the real kicker: Hector is grilling steak back there.  And not just any steak: ribeye steak. This is no small matter, readers. Trust me, I’ve been watching this guy cook for almost ten years, and he is a grill master. By adding red meat to his arsenal, Hector might have just become the most dangerous chef in North Beach.

Full disclosure: I’m somewhat biased. But that’s only because there’s no kitchen in San Francisco that has cooked me more great meals than this team has over the past ten years. And they are terrific people, too–but you’ll just have to see that for yourself.

Yes, North Beach just got itself a big, fat Christmas present. I’m thrilled that the people at Betty Lou’s  decided to open right in our backyard, and it’s wonderful to have them back. Head over for an epic meal today, and tell Louisa that Joe Content sent you. Buon Appetito!