Senator Bernie Sanders had a heck of an Easter weekend. Dealing a serious blow to Hillary Clinton’s delegate lead, Sanders swept all three primaries, taking Washington, Alaska and Hawaii – all by landslide margins. This late surge has a lot of people questioning the popular wisdom that says the race is all but over, and the nomination is already Clinton’s. A few more wins for Bernie, and we could be looking at an upset.

I would argue that the real upset has already happened. The Sanders campaign has irrevocably changed the course of this race; Hillary Clinton, a status quo centrist, has been forced to take up for the left, something that would never have happened without a Sanders candidacy. Hillary would have been content to spend her campaign attacking the Republicans and resting on Obama’s laurels, but instead we see the Madam Secretary adopting Sanders’ policies wholesale: stricter regulation of the banks and Wall Street, reforming campaign laws and leveling the economic playing field have all become prominent parts of her platform. We haven’t seen such a healthy populist debate among the Democratic candidates for years, and it has been a shot in the arm for the party, owing largely to Sanders’ presence in the race. 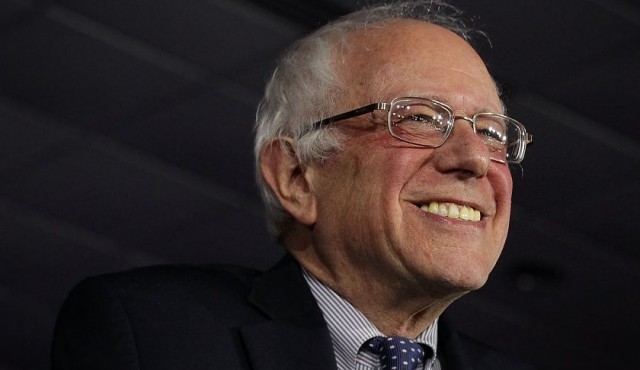 In the course of less than a year, the political atmosphere in America has changed. The antics of Trump and the apparent implosion of the Republican party notwithstanding, the political dialogue in America has been kickstarted. A self-avowed Socialist is setting the tone of the debate – as substantive a debate as the American electorate has seen in years.

Sometimes, change happens very quickly. Witness the evolution of the gay marriage issue in this country. Just a few years ago, it was a hot-button issue that mainstream politicians tiptoed around; President Obama didn’t come out and support gay marriage until 2012, and Hillary Clinton waited until almost a year later. Today, just three years hence, support of gay marriage has become a litmus test for the Democratic party.

Cynicism is nothing new in American politics. Disaffection saps the strength of our political system, leading to depressing levels of voter turnout: we haven’t broken 60% turnout in a presidential election since 1968.  That makes what is happening in this election cycle very important. Like Donald Trump, Senator Sanders has tapped into that cynicism, but rather than using it to drum up fear and resentment, the Sanders campaign has used it as a tool to attack the establishment. By refusing to take money from Wall Street and the banks, and choosing instead to attack them head-on, Sanders has dared to tell the voters: You’re right. The system is broken.  And in an object lesson that’s sure not to be wasted on future candidates, he’s been rewarded: all three of the weekend primary contests showed voters preferring Sanders over Clinton by more than 2 to 1.

Change is in the air, and why wouldn’t it be? Today, we are living in a time in history when human knowledge is doubling (according to those who keep track of these things) every twelve months. Our world is accelerating; we shouldn’t be surprised to see that acceleration reflected in our political reality. With the widespread adoption of social media, the feedback loop between citizens and candidates has shortened, obviating voters’ reliance on the mainstream media for the framing of issues. People have begun to figure it out for themselves again, and this is a very good thing.

Very often, political change is seismic: long periods of stasis punctuated by abrupt, dramatic change. In 20th century America, much of that change was for the better. The trauma of the great depression was followed by a surge in populist politics that led to the creation of social security and medicare, two of the most progressive policy measures in American history. Likewise, the turmoil of the race crisis in the American south in the fifties and early sixties ultimately led to the passage of the Voting Rights Act of 1965 and the Civil Rights Act of 1968, fundamental civil rights victories. Sometimes things have to get worse before they get better.

Bernie Sanders still has an uphill sprint in this race, and in the end we may well see a Clinton nomination (unless federal prosecutors decide to charge Clinton, still a real possibility, and a scary one for Democratic prospects). But the game has already changed. With his campaign, the senator has awakened a sleeping giant: the disaffected majority. Smart and innately distrustful of the motives of politicians and the media, these voters get their news from the internet; they have learned that most politicians, like news anchors, are megaphones of corporate power. Sanders, by not mincing words and going directly after crooked banks, Wall Street and big money in politics, has earned these voter’s trust. He has revived their faith in our beleaguered system, and raised the bar for the level of honesty that all of us can expect from our politicians.

Whoever is nominated is going to inherit a new political reality. Bernie Sanders’ passionate message and commitment to working people has ignited a vigorous national debate on our nation’s most pressing priorities. By mounting a credible campaign without PAC money, Sanders has set an important precedent, and shown our political establishment what a sincere, accountable politician looks like in today’s America. In order for our economic system to maintain itself, people without power need to believe that they have a path to success. The underdog candidate, Bernie Sanders fights for the underdog citizen. And by doing so, he is fighting for the viability of our economic system itself.