The eastern stretch of San Francisco’s Broadway is one of the city’s most historic corridors. Ever since city planners dynamited the base of Telegraph Hill to make way for it, Broadway has been a vital artery, connecting the Embarcadero and the waterfront to North Beach, Chinatown and the city beyond the tunnel. 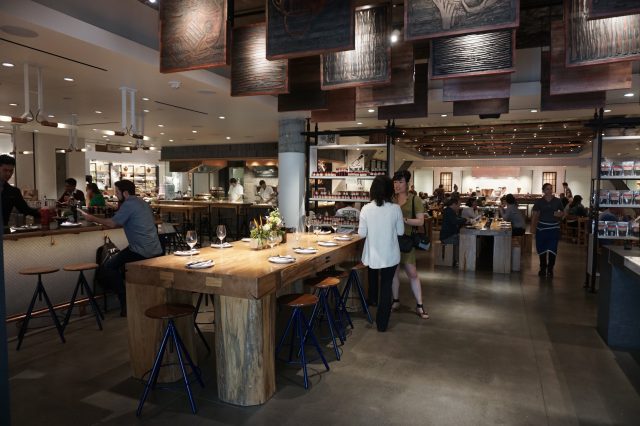 Home to the infamous strip clubs, Broadway was ground zero during the lawless days of the Barbary Coast, and later played host to the Beats and the sexual revolution. Broadway was also the historical dividing line between Chinatown and North Beach, a boundary that was at one time enforced by gangs on both sides.

To this day, it’s a gritty stretch. It has resisted the kind of gentrification we’ve seen in other San Francisco neighborhoods, and it’s not necessarily the first place you’d think of opening the most ambitious Chinese restaurant in the United States. But George Chen is not an ordinary restaurateur. 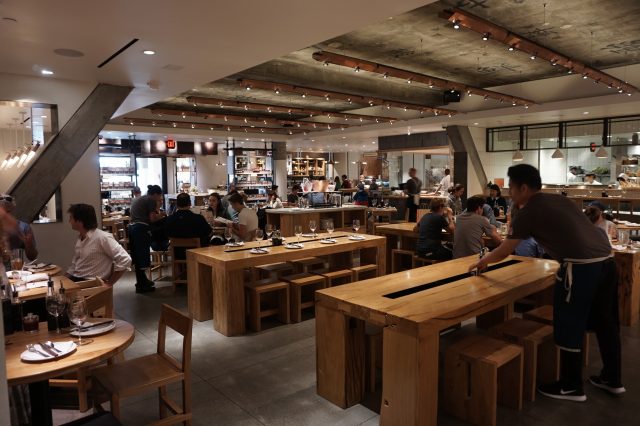 The chef behind San Francisco’s legendary Betelnut as well as the popular Shanghai 1930, Chen returned to China after selling Betelnut and spent 13 years there. While in China he opened several more restaurants, including the country’s best steakhouse, Roosevelt Prime, as well as a wine importing company that is one of China’s most well respected. 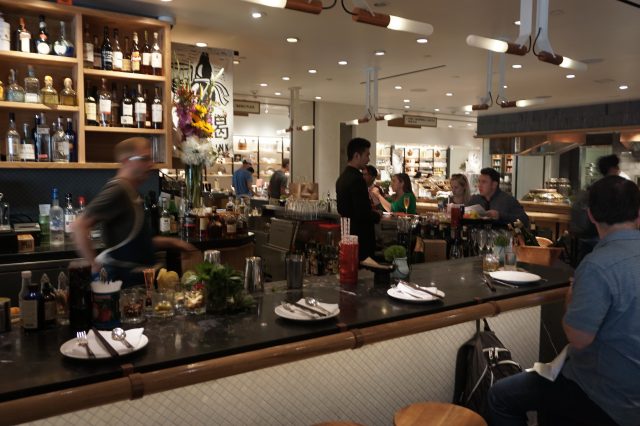 When Chen returned to San Francisco, it was for his biggest project yet: a 30,000 square foot dining and marketplace complex, China Live has been compared to Mario Batali’s Eataly. It opened its doors in March of this year, and expectations have been high to say the least. So far, Chen and Co. have not failed to deliver; the marketplace restaurant has earned admiring reviews for its refreshing take on Chinese cuisine, and the space really must be seen to be believed. 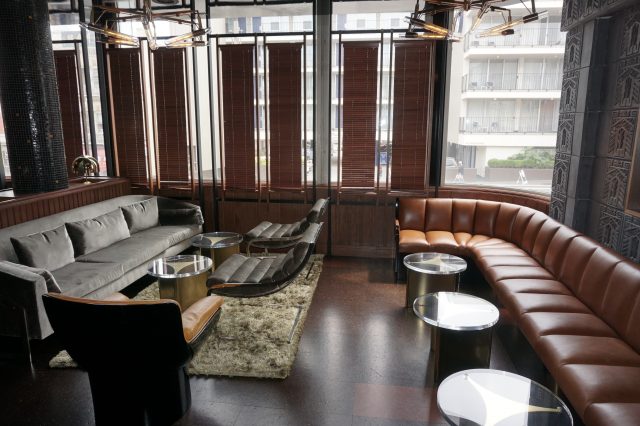 From the heavy tables of white Chinese Elm to the elaborate, massive stone countertops, every element of the design impresses. It’s sumptuous without being overdone, and though everything seems managed down to the last detail, the whole somehow still feels casual. (Design chores went to AvroKo, the firm responsible for the singular interior at Healdsburg’s Single Thread.)

Our ambition is to be one of the best restaurants, period. George Chen, Owner of San Francisco's China Live Click to Tweet

Eight Tables by George Chen, the project’s fine dining entry, is due to open later this month. It promises a more exalted experience: a private, back-alley entrance leads diners to a pristine, intimate dining room, where a ten course tasting menu pushes the boundaries of authentic Chinese cuisine (I’ve gotten a peek at the space, and it borders on exquisite). The menu will change with the seasons, and serve as a springboard for Chen’s experimentation. This is Chinese food for the fully committed diner, and it won’t come cheap: the prix fixe tops out at $225 a head. 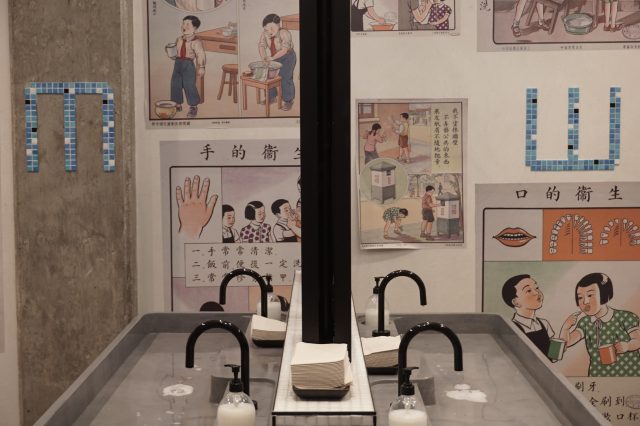 Nothing left to chance: even the WC impresses at China Live. | Photo: Joe Bonadio

On the complex’s second floor, Chen’s designers have evoked Old Shanghai with a glamorous, sleekly appointed lounge that is truly a gift to the neighborhood. Unassumingly entitled Cold Drinks, the stunning space overlooks the tumult of Broadway, the decor making you feel like you are miles above. Scotch is the main thing, and the selection is encyclopedic.

Add the huge banquet and event space, three full kitchens on three floors and a rooftop bar still-to-come, and you’ll get some sense of the scale of China Live. I recently spoke with Chen about the project, and he explained his goal is to educate people about the cuisine, and change their perceptions of Chinese food. 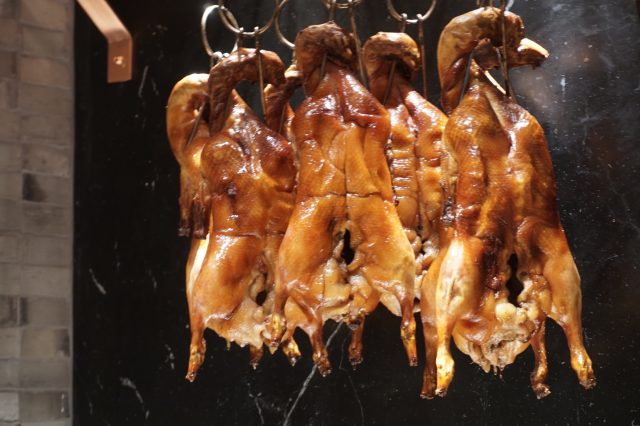 “The first American ethnic food was Chinese,” the chef explains. “There were more Chinese restaurants in this country in 1900 than there are McDonalds and Burger Kings today.” But Chen bemoans the fact that the Chinese food most Americans know isn’t actually true Chinese cuisine. As he says, “it’s Chinese American food.”

Chen sees himself as a champion of true Chinese cuisine, and insists Chinese restaurants can be great fine dining destinations. “In San Francisco, we have the biggest Chinatown in the world. Why not here?” he asks. “It’s the ideal place.” 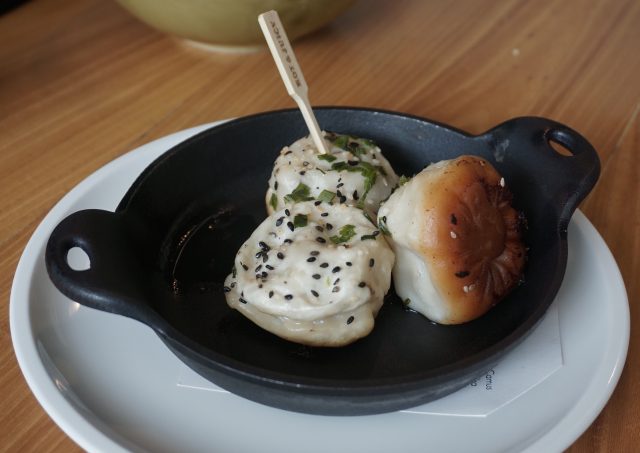 And Chen isn’t leaving anything to chance. In his determination to deliver on the enormous promise of China Live, the chef spent three years sourcing ingredients, many of which are now available for sale in his retail marketplace. To ensure access to the seasonal heirloom-varietal greens that are central to many of their preparations, they even have their own farm in Petaluma. “We just harvested some a tsai  today,” the chef tells me, his enthusiasm obvious. (Editor’s note: A tsai is a Chinese leafy green, and has no relation to the Taiwanese president.)

On my first visit I was impressed with the place, and had a good meal. But it was early on, and the place hadn’t quite gelled. After taking a few runs at the menu, I’ve found some real gems. On my second outing I discovered the Dongbei vegetarian long pot stickers, and never looked back: the combination of tender greens and crisp mushroom inside make these dumplings unlike anything I’ve ever had. With a few dollops of the house’s exemplary hot sauce, they skirt perfection. Likewise the pork belly lotus buns, lush rectangles of pork belly folded into flat, pillowy buns that you can eat with your hands. 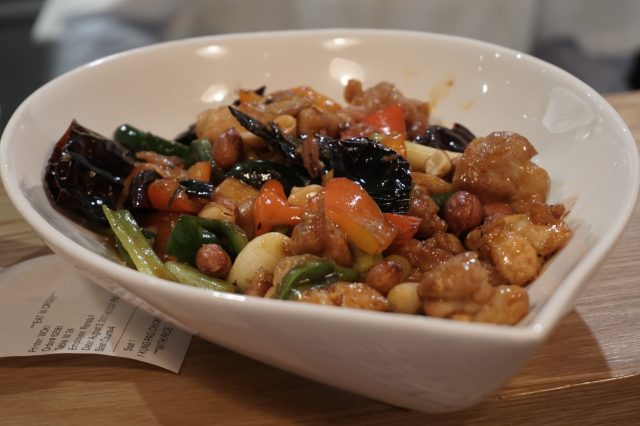 Prices are reasonable considering the surroundings, so you can experiment without overspending. And this menu does beg for exploration: each time dining here I’ve seen something on the menu I want to try on a return visit. And return I will; along with Brandon Jew’s much-touted Mister Jiu’s nearby, China Live is redefining what it means to dine in San Francisco’s Chinatown–and to eat Chinese food.

It hasn’t come easy. China Live has been an enormous undertaking involving over three years of planning and design, with $24 million invested thus far. I asked Chen about his ultimate goal in opening China Live. Why go so big?

Chen’s response is unequivocal. “Our ambition is to be one of the best restaurants, period.”

China Live is open seven days a week for lunch and dinner, and Eight Tables is currently accepting reservations for early October.