I understand collectors. My mother was a collector, but she had her own name for it: she called herself a “picker.” What this meant for me as a child was a lot of time spent at garage sales, estate sales, sidewalk sales–you name it.

She had an innate capacity for the hunt. In a glance, mom could take in a room choked with hundreds of knick-knacks, gewgaws and tchotchkes, and somehow just know if there was anything of value hidden there. She lived for that moment when the search payed off, and that choice item was unearthed. It might be a crystal decanter, an ornate porcelain figurine, or an antique Danish end-table; all were met with the same small, satisfied smile, so as not to tip off the seller. 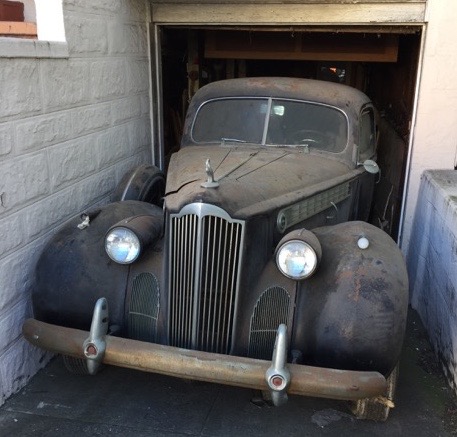 So when I got a call from my friend Rich Azzolino on a recent afternoon, he sounded like he had just scratched the winning lottery ticket: he had just unearthed not one, but two long-forgotten, mint-condition Packards from a garage in San Francisco. It was the find of a lifetime.

It goes to show you, there are things out there still hidden, just waiting to be found. – Rich Azzolino Click to Tweet

Azzolino, owner of North Beach’s beloved Sotto Mare, recounted the story: “As a Packard collector, I can tell you every one of us dreams about what you call a “barn find:” a car hidden away for many years, that somehow no one knows about. Well, I recently got a call from a friend of mine here in the city, telling me to get over to a house in Bernal Heights. I asked him what for, and he said ‘just get over here.'” 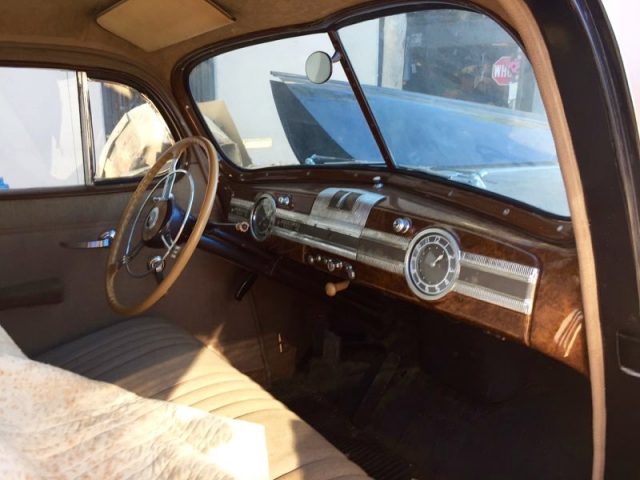 This Packard’s interior is in almost-new condition.

“Turns out, he’s emptying out a garage, and there are two Packards in there. I ran as fast as I could, got over there and met the owner’s son. These cars haven’t been out of the garage since 1972. We pulled them out, dust all over them. One is a 1939 Packard 4-Door 120, a very nice original car, interior looks brand-new, cannot find a dent on it. The other one is a 1940 Packard custom-made touring sedan, 5-passenger. Top of the line Packard, it’s a glorious find because there are very few of them.

“We made a deal, and I bought both of them. They’re now in my garage. They’re going to get cleaned up, we’re going to find out if they run, and have some fun with them.”

Azzolino, who has been collecting cars for years, says this ranks among his most precious finds. “This is the ultimate barn find for me, and I’m ecstatic about it. Typically this only happens in rural areas. This happened in the middle of San Francisco! It goes to show you, there are things out there still hidden, just waiting to be found. 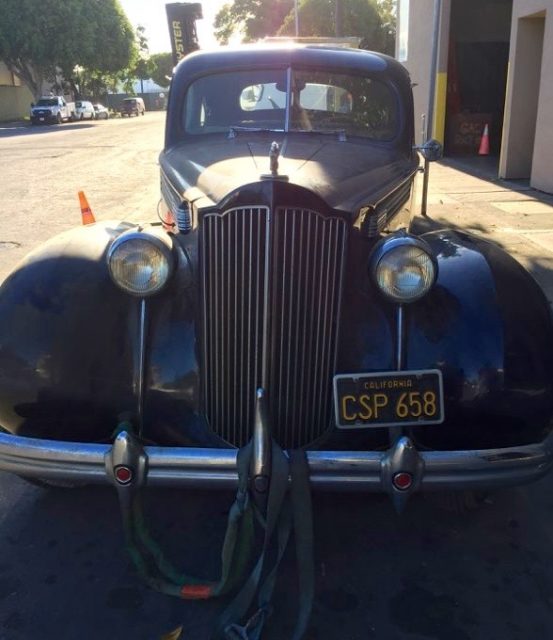 I asked him what the timeline was for restoring the cars, and unbelievably there’s not that much that needs done. “Well, one doesn’t even need anything, it just needs to be cleaned up and made mechanically sound, so hopefully by the end of summer it’s going to be on the road. The other one is going to take a little more, I’ll have to evaluate it and figure out what it needs.

Talking with Rich about the discovery, it was impossible not to get caught up in his excitement. “This is going to be in the car magazines, in the Packard club magazines,” he told me, grinning ear to ear. “Because everyone’s going to want to hear about it.”

You can find Rich most nights, holding court at his ever-popular Sotto Mare on Green Street.