When Juventino Carrillo opened the first restaurant of his own, he had already been in the restaurant game for nearly a decade. As manager of the popular Bella Trattoria on Geary, Carrillo knew every aspect of the business, and he was ready for a bigger challenge.

That challenge would come in the form of Panuchos: a tiny, authentic Yucatan-style taqueria in the heart of North Beach. Dedicated to the flavors and traditions of Carrillo’s home on Mexico’s Yucatan peninsula, Panuchos was an instant hit, and quickly spawned a bigger sibling on Clement Street: Los Mayas, which opened in May of this year. 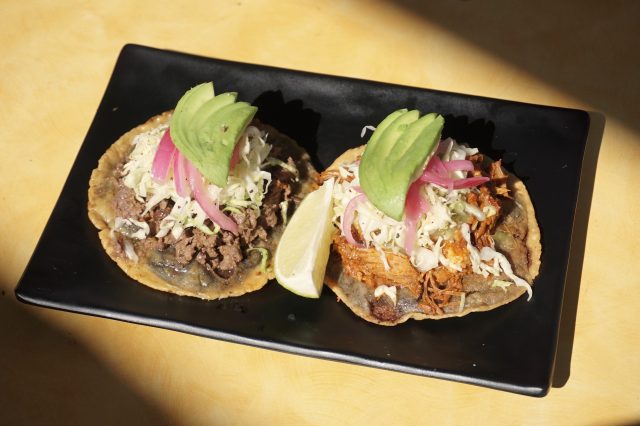 Though there are differences between the two (unlike Panuchos, Los Mayas serves ceviche), both focus on authentic, traditional Yucatecan cuisine. And both serve plenty of panuchos, a popular antojito (appetizer, or snack) in Yucatan that is almost unknown here.

According to legend, the panucho originated in the city of Merida in the mid-19th century, when a local merchant named Don Hucho served a variation of the dish to a traveler. The original was stuffed bread rather than tortilla, and became known as “Don Hucho’s Bread.” Like the recipe, the name eventually morphed over time, becoming “panucho.”

At Joe Content, we are rabid fans of Panuchos. We spoke with Carrillo about the panucho, and the restaurant bearing its name, earlier this week. 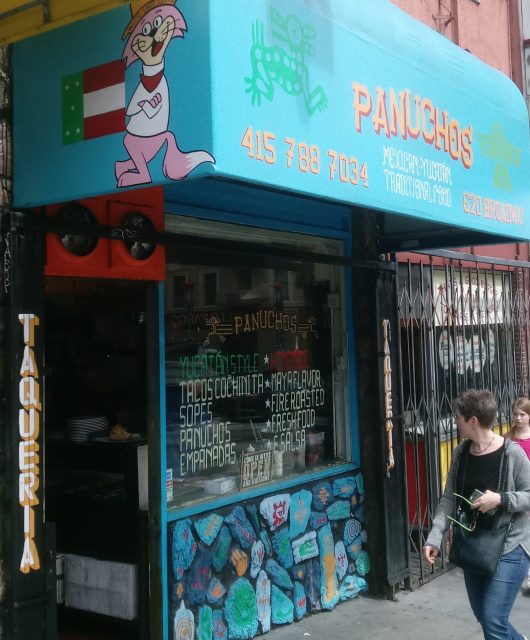 Why did you call your first restaurant Panuchos?

Juve Carrillo: Because we wanted people to know about Panuchos, a type of taco originally from Yucatan. There are a few restaurants that serve them, but only people from the Yucatan eat at those places, so Americans don’t know about them.

So when I was trying to think of a name, I wanted something that symbolized Yucatan. So I chose Panuchos. And you see, we’ve been selling a lot of them.

So panuchos are new here, but they’ve been making them in Mexico for a long time?

In Yucatan, but not in the rest of Mexico. They make them everywhere in Yucatan, it’s very traditional.

In the rest of Mexico they’re a new thing, like they are here?

Exactly. In Yucatan, the real panucho, old-school, is very simple. Roasted red onions, tomatoes and cabbage, that’s it. They call it ‘panuchos simples.’

So when my family had little to eat, and we wanted something tasty–it was panuchos. 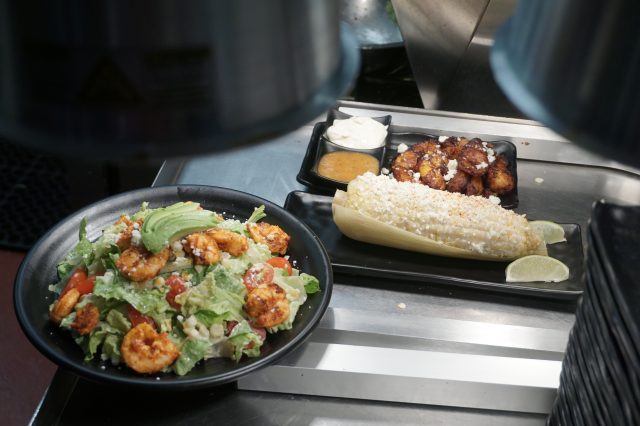 Tell me how they’re made.

First we make the fresh masa. We add salt and pepper and a little warm water, and mash it until it’s ready. You have to shape each one by hand, put it on the grill, then put the refried beans inside. Let it cool, then fry it. You can’t fry it when it’s hot, or you will destroy it.

So there are a lot of steps.

A lot of steps.

Can everyone here make them?

Oh, no! Now, we have one person that’s focused on doing only that.

When did you make your first panucho?

Wow. In your family’s kitchen?

Yes. My mom was working all the time, and my aunt was always making tortillas. Even then, I always liked the kitchen.

But when I came to the United States, I forgot about panuchos for almost seven years. When my mom came to visit two years ago, she made them for me again. That’s when I decided: I want to make panuchos.

And she taught you?

She did. In the beginning, they were never perfect. In the course of making twenty panuchos, I’d destroy ten of them.

Joe Content writes regularly about the pungent punchbowl of California culture that is San Francisco, with a special emphasis on our home in North Beach and the Embarcadero. Come back soon for more, and be sure to subscribe to our newsletter.