San Francisco is a city known for its distinct neighborhoods, and perhaps none of them possesses more charm and mystique than North Beach. There have been a lot of reasons posited for our unique position in the public’s imagination, and surely the locale’s rich history is a big part of it.

One factor that’s often glossed over, however, is the important community organization that lies at the neighborhood’s center. And I’m not referring to the Saints Peter and Paul Church, but the Salesian Boys and Girls Club (SBGC).

If you’re still not aware of the SBGC, you’re forgiven: many in the neighborhood aren’t. The Salesian Boys’ And Girls’ Club (or “the Club” as members refer to it) keeps a surprisingly low profile most of the time. After all, they’ve got work to do: every day, hundreds of local kids of all ages descend upon the recently expanded facility on Filbert Street, full of energy and potential.

And the Club is ready for them, with every kind of youth program you can imagine: from computer classes to drama to sports, the Club has it. It’s one of the most fully realized, impressive youth clubs anywhere, and it has been the heart of the North Beach community since 1917. 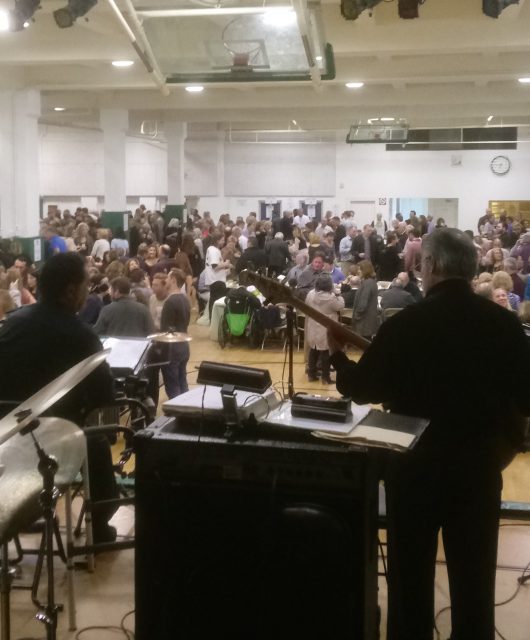 The band warms up in front of nearly 700 hungry revelers. | Photo: Joe Bonadio

And here’s the kicker: any boy or girl can walk into the Salesian Boys & Girls Club and get a membership card–for only $10 a year. The true cost of the services the Club provides is more like $1,200 per member, leaving a big difference to make up. How do they do this? By working hard to raise a lot of money. 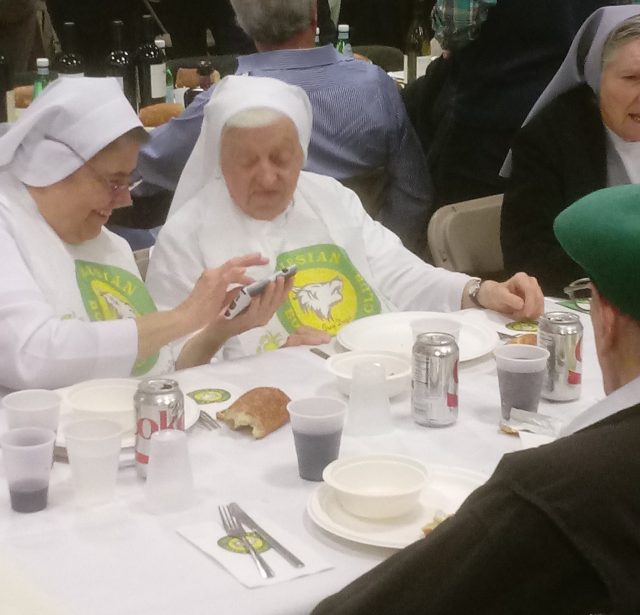 Now that’s legit: the sisters enjoy a bit of gossip with their crab. | Photo: Joe Bonadio

That gets us to the point of this story: when crab season comes around, the Salesian Club ditches the low profile, and throws some of the best parties that North Beach has ever seen. For the last two Saturdays, the Club has hosted their traditional Crab Feeds, and these are very big affairs: Sotto Mare’s Rich Azzolino, a member of the Club since childhood, handles kitchen duties, and he estimates they’ve fed nearly 1,500 attendees already this year.

“Every year we have waiting lists, and people who can’t get in,” Azzolino explains. “So this year, we’re doing a fourth event for the first time, and I think this one’s going to bring every generation of North Beacher. These get sold out before they are even advertised, and there haven’t been any tickets for the past couple of years. So this will give people who haven’t had the chance yet to come out and enjoy the event.” 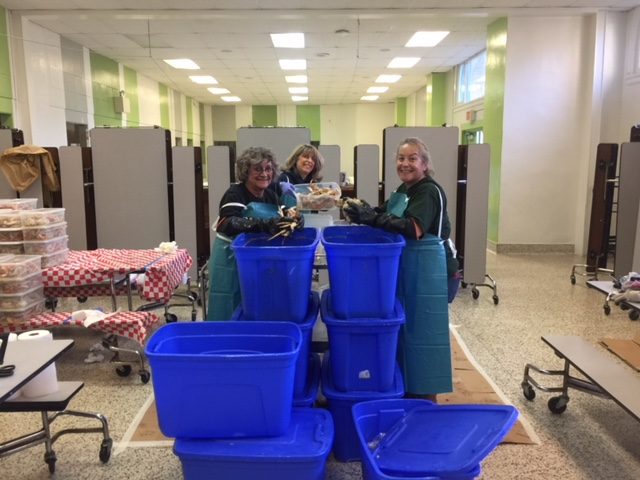 Volunteers making the magic happen back in the kitchen. | Photo: Joe Bonadio

The date is this Saturday, January 20th, and things get started around 5:00. It’s a full crab dinner prepared by the best seafood chef in North Beach, complete with pasta and all the trimmings, including open bar with unlimited wine and beer. Tickets are $85, and all proceeds go to the kids and programs of the SBGC.

It’s going to be an amazing party. And if you support youth, education and your North Beach community, there is no easier way to give back. We’ll see you there!