As you may have noticed, there has been a rash of San Francisco naysayers in the press recently. Not a few have have taken to bemoaning the “crisis” right here in North Beach: the neighborhood just isn’t what it used to be, they say. Between the homeless and the empty storefronts, you can barely recognize the place. It’s a common refrain, and pretty bleak stuff. It’s also a picture that’s difficult to square with the lovely, largely peaceful neighborhood that greets me as I leave my apartment each morning.

Now admittedly, North Beach has seen better days. Coming on the heels of the disastrous St. Patrick’s Day fire at 659 Union last year, the temporary closure of Washington Square Park for a months-long irrigation project has been a regrettable setback. And the persistent commercial vacancies, especially on Columbus Avenue, have been an especially vexing problem for the neighborhood.

North Beach has always been a coveted spot for retailers...detractors be damned, that’s still as true as ever. Click to Tweet

But mark my words: as one of the classic, timeless neighborhoods of North America, North Beach’s best days are yet to come. With that in mind, today I bring readers a counterargument: 5 Reasons North Beach Is Primed For A Comeback.

1) Places never stop opening. With our European ambiance and steady foot traffic, North Beach has always been a coveted spot for retailers—and detractors be damned, that’s still as true as ever. Just in the past couple of months, we’ve seen a flurry of new openings. Family Café is now serving Japanese comfort food at 362 Columbus; SubNation has taken over the former Central Station spot at 728 Vallejo, serving subs and sandwiches; and bar/restaurant The Showdown is settling in nicely on the busy corner of Grant and Vallejo, well on its way to becoming a neighborhood institution.

And that’s not to mention the number of new projects soon to come: they’re still working on the buildout at Lillie Coit’s, which is slated to take over the old Washbag space on Powell (that’s Washington Square Bar & Grill, for the newbees out there). And not to be outdone, George Chen is readying the massive rooftop bar at his sprawling China Live, certain to be a game-changer. 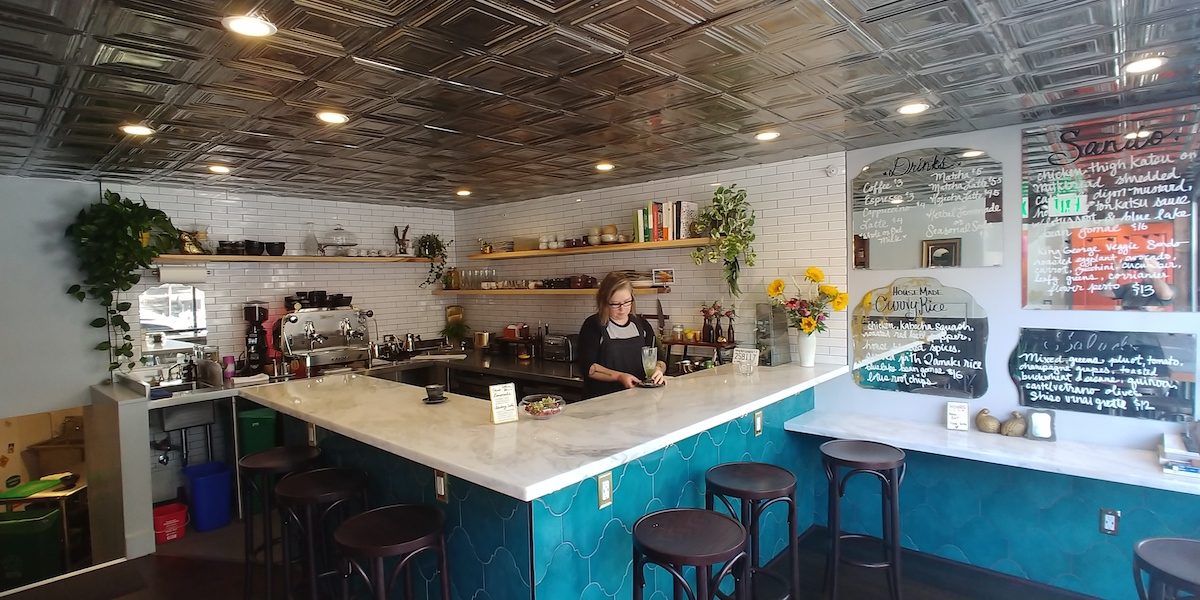 2) Our problems are San Francisco’s problems. Anyone who thinks affordable housing, vacant storefronts and homelessness are strictly a North Beach phenomenon hasn’t been paying very close attention. These are growing pains that affect the entire city, and you can expect them to remain a high priority for our city leaders. As one of the most prosperous major cities in America, San Francisco has the wealth and tax revenue to tackle these issues—and in due time, I believe we will.

3) The Washington Square Park irrigation project is nearing completion. As our neighborhood’s collective backyard, Washington Square Park plays an outsized role in the lives of North Beachers. And its closure, albeit temporary, has weighed heavily on the community. But this too shall pass: Wreck and Park is scheduled to finish the project in December, widespread skepticism notwithstanding. And despite my initial fears, I’m happy to report that tree slaughter has (thus far) been kept to a respectable minimum. 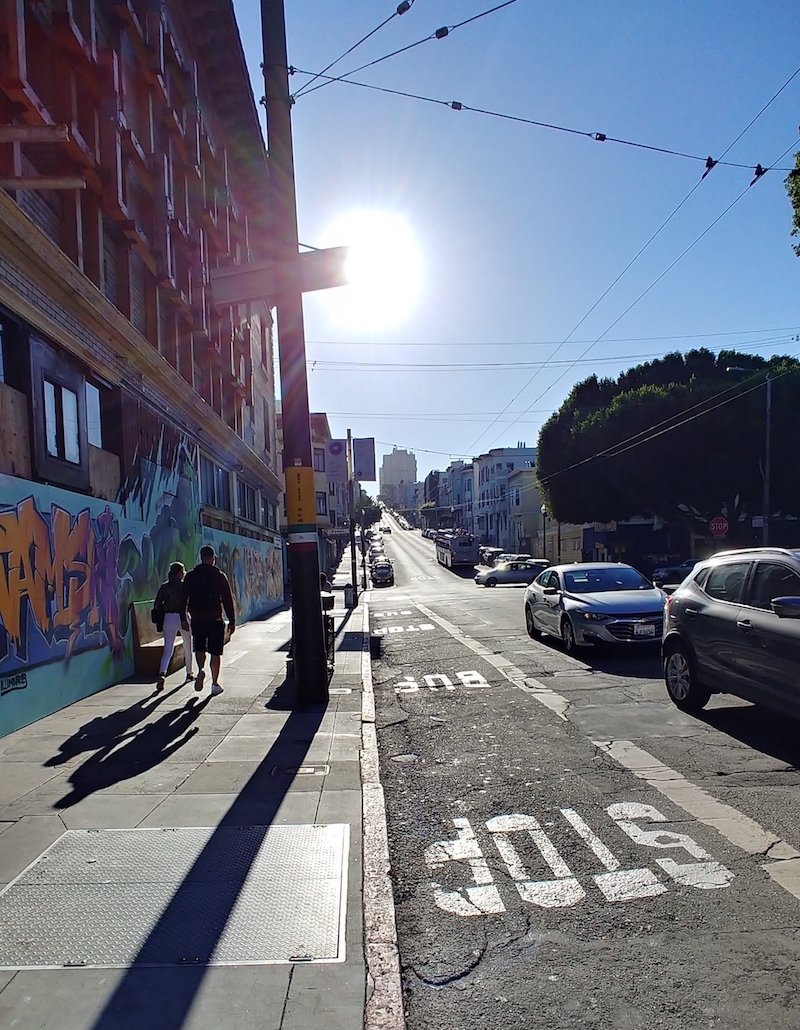 4) This is the best neighborhood in the city. Chock full of historic bars, sidewalk cafés and breathtaking views, North Beach is also the most hyperlocal enclave in the city. That means people watch out for one another here, and that protectiveness extends to our visitors as well. In fact, this year National Geographic magazine named North Beach one of the friendliest urban neighborhoods in America. Even in a city as congenial as San Francisco, we stand out.

5) It always does. This neighborhood has been through a lot of permutations over the years, our fortunes waxing and waning with the vicissitudes of San Francisco’s boom-and-bust economy. Traffic here is trickier to predict than the weather, and longtime residents have grown accustomed to the fickle nature of the tourist hordes.

To wit: shortly after I moved to the neighborhood 10+ years ago, North Beach was in a sorry state. There was no Tony’s Pizza yet, and their park-side space stood vacant, along with the current locations of both Park Tavern and Original Joe’s. Just over a decade later, the contrast is striking: these are among the neighborhood’s most established businesses, and North Beach is once again a foodie destination. 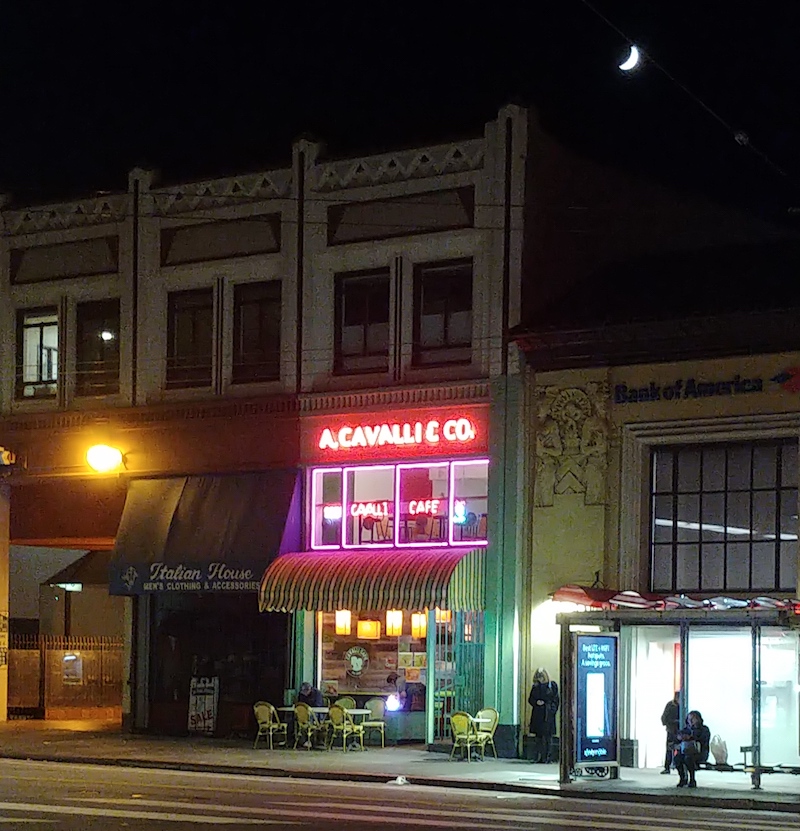 Fun fact: during the internet boom at the beginning of the Oughts, there was a service that charged wealthy customers many hundreds of dollars for the privilege of leaving their cars in the road, rather than parking. It worked like this: upon arrival to your destination, you’d simply leave your car out front and dial a number—and the company would do the rest, bailing your car out of the tow yard and returning it safely to your home. As you can imagine, this was a special luxury in parking-challenged North Beach, and tow trucks became a common sight up and down Columbus.

Now, I don’t think we will be seeing this level of profligacy (not to mention impatience) again anytime soon. But things will of course change, here and across this remarkable city. Because that’s the nature of things: even in North Beach, a place that can seem frozen in time, it’s as inescapable as the creeping fog.